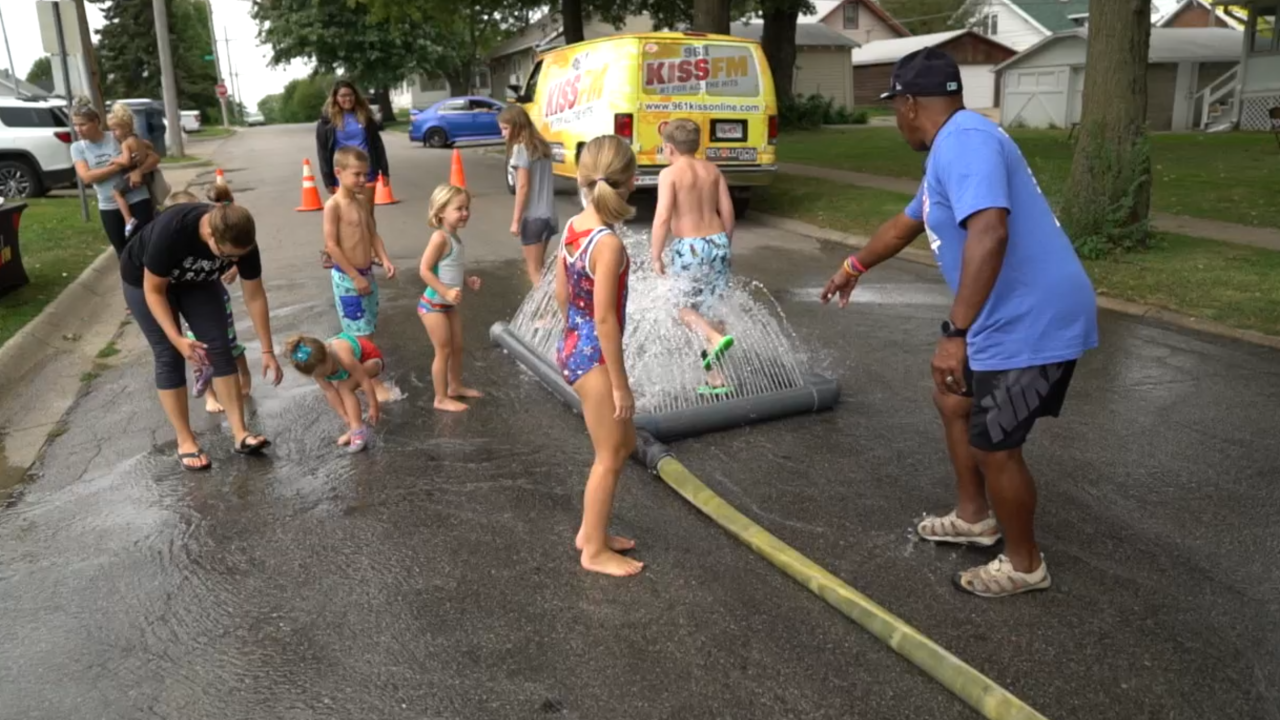 For 37 summers—three days a week, three times a day—Milton Kitchen has been pulling up to fire hydrants across Omaha and turning them into parties.

“It wouldn’t be summer for me if I wasn’t out here getting wet with people, and just having a good time,” he says.

The concept of the hydrant party is simple enough; he attaches a fire hose to a hydrant, and on the other end, a makeshift sprinkler made out of PVC pipe.

Kitchen—how he prefers to be addressed—is a former school teacher, who now works for Omaha Parks and Recreation, which helps put on the parties and posts the season’s party calendar and locations. He says the hot weather ritual has become “his baby.”

“I just like to stay busy,” Kitchen says. “And if staying busy is a part of making neighborhoods and kids and parents happy, then having fun, that’s what we do!”

He sees it as a way for all generations to put the phones down and play together. Parents seem to like it for the same reasons.

‘It’s like free, and it gets people out in an age where we don’t really play in our front yards anymore,” says parent Nikelle Robinson, who added that she enjoyed it just as much if not more than her son. “It’s kind of like a block party, ya know?”