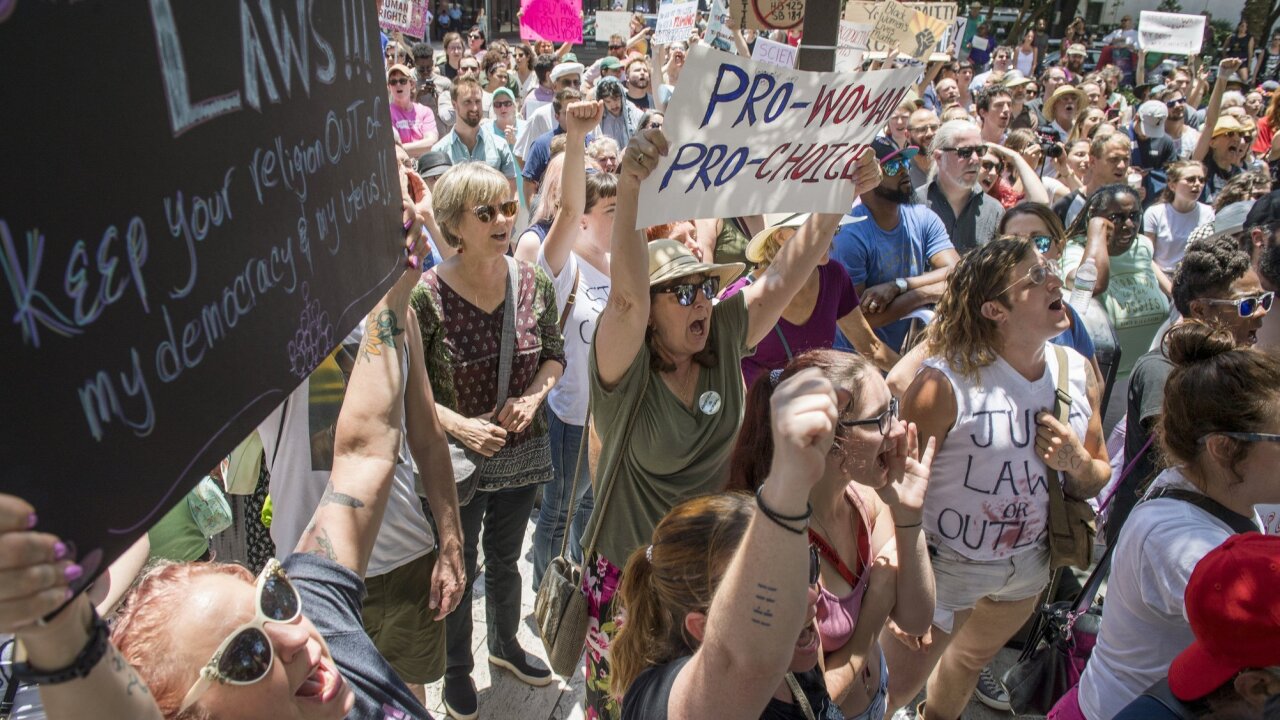 Louisiana Democratic Gov. John Bel Edwards signed a bill Thursday banning abortions once a heartbeat is detectable with no exceptions for rape or incest, according to his office.

The measure, which passed the state House by 79-23 on Wednesday , would "prohibit the abortion of an unborn human being with a detectable heartbeat," which can occur as early as six weeks into a pregnancy, before many women know they're pregnant. Companion legislation passed the state Senate earlier this month.

The Louisiana law will go into effect only should a federal appeals court uphold a similar Mississippi law . The federal judge hearing the case expressed deep skepticism toward the Mississippi measure last week, especially its lack of exceptions for rape or incest.

Edwards, who describes himself as a "pro-life" Democrat, said in a statement Wednesday that he intended to sign the bill, stating, "I have been true to my word and my beliefs on this issue." He added that it's his "sincere belief that being pro-life means more than just being pro-birth."

"I know there are many who feel just as strongly as I do on abortion and disagree with me -- and I respect their opinions," he said Wednesday. "As I prepare to sign this bill, I call on the overwhelming bipartisan majority of legislators who voted for it to join me in continuing to build a better Louisiana that cares for the least among us and provides more opportunity for everyone."

When asked Wednesday by CNN whether the Louisiana American Civil Liberties Union would mount a legal challenge to the bill should Edwards sign it as expected, the group's executive director, Alanah Odoms Hebert, pointed to the legislation's delay tied to the Mississippi case and the ACLU's "nationwide fight" through existing lawsuits in Kentucky, Ohio and Alabama, which have passed similar laws restricting abortion.

"The bottom line: The ACLU of Louisiana and our partners are committed to making sure women in Louisiana and across the country have access to safe, legal abortion care -- without punishment, shame or stigma," she said.