Lead from hunting and fishing is poisoning birds of prey 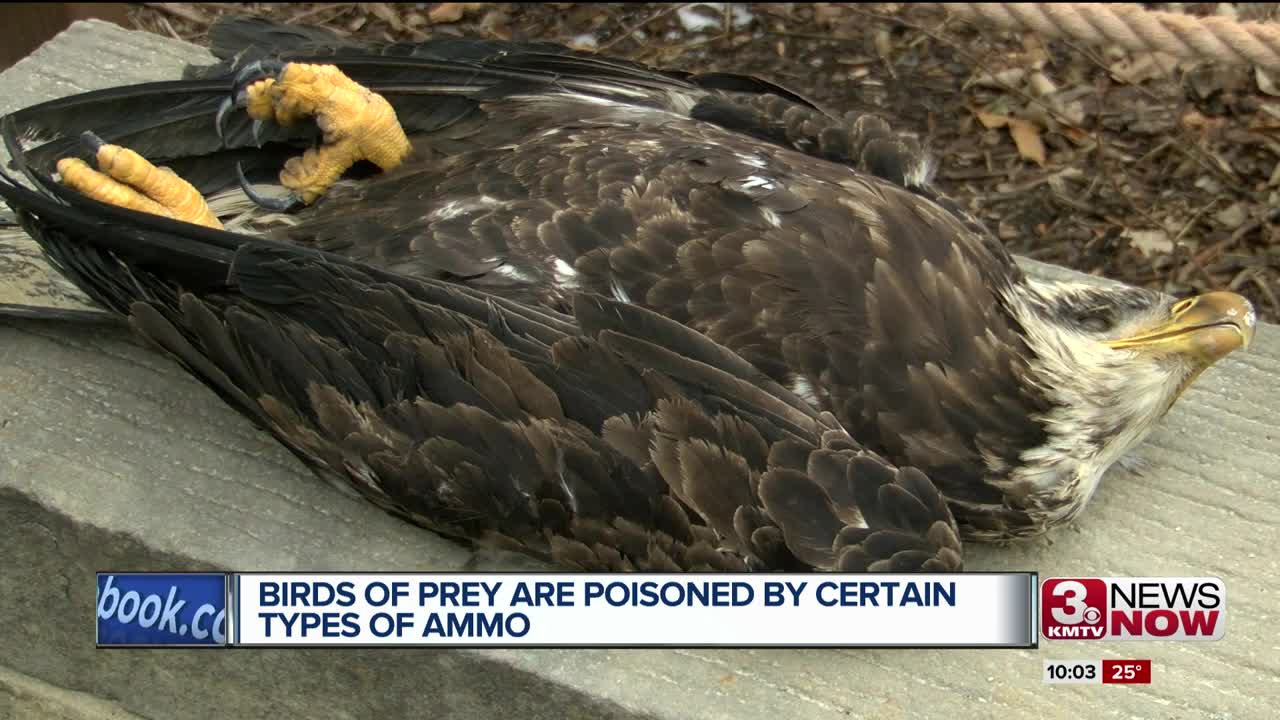 Birds of Prey Poisoned by Certain Types of Ammo

OMAHA, Neb. — Some birds of prey are dying as a result of hunting, but it's not because they were shot. It's a result of other animals being shot and the type of bullets being used.

The Raptor Recovery Center at Fontenelle Forest has treated nearly 30 birds for lead poisoning this year, including a 4-year-old bald eagle that died as a result of it.

"She was in pain, she was vocalizing, and unfortunately she died about two hours after I got her," said Denise Lewis, the director of the Raptor Recovery Center.

Staff says the issue is a common problem.

"They ingest the lead from the environment, either like from (a) carcass that was shot with lead or from lead sinkers that fish swallow," said Betsy Finch, rehabilitation manager at the Raptor Recovery Center.

They are asking that hunters change ammo from lead to other types of bullets like copper. Nebraska hunter Douglas Finch made the change and recommends others to do the same.

"The copper bullets they retain 95% or better of their weight which transfers that energy into the animal and, in my experience, I think it results in a cleaner kill," Finch said.

For now, the dead bald eagle serves as a reminder of change Lewis hopes to see.

"If you're a hunter, you can choose to use something that's non-toxic so that this doesn't happen," he said.

This story was originally published by John Madden on KMTV.