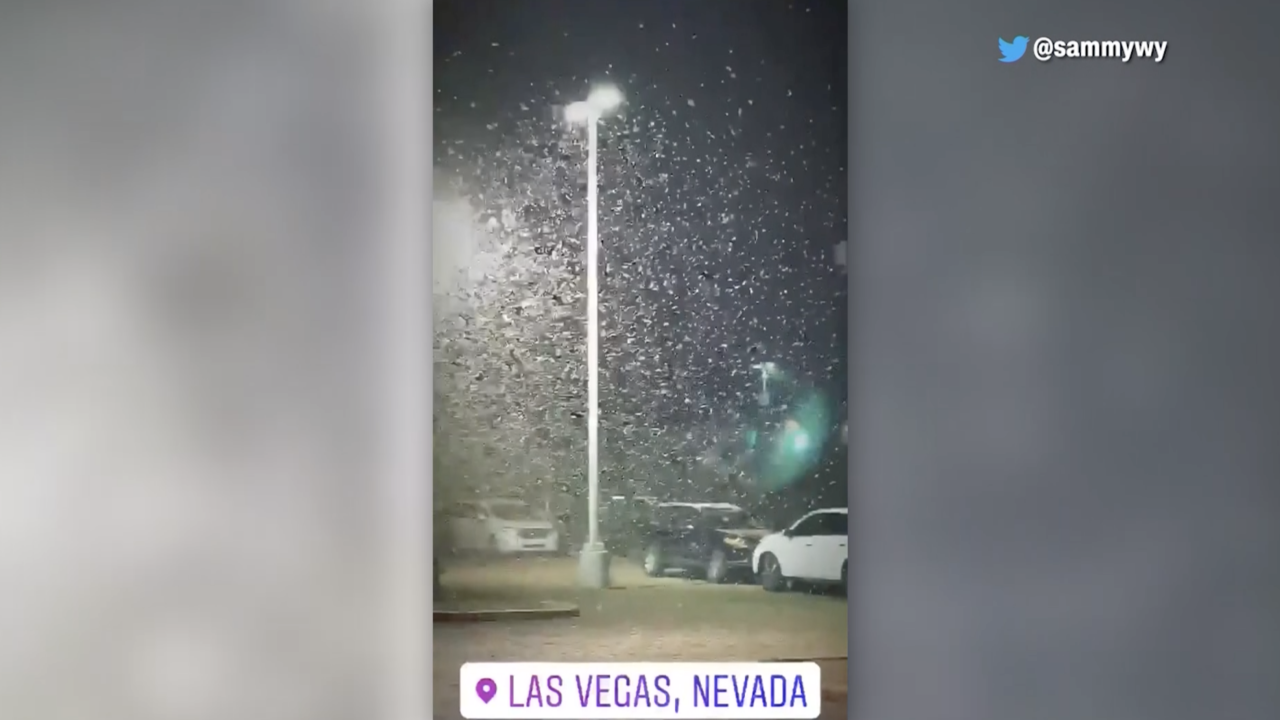 A wet spring in Las Vegas has spawned hordes of grasshoppers so large, they're showing up on the weather radar.

In viewing the radar, CNN meteorologist Allison Chinchar said it looked like there were two storms over the Vegas area: one north of the city (that was actual rain) and another right over Las Vegas. But the second one wasn't moving as rain normally would, she said.

"It looked as though it should be torrentially downpouring in Las Vegas," said Chinchar.

By changing the settings on the radar, meteorologists could see that the other "storm" was actually the massive hordes of grasshoppers that have settled over the city in recent days, Chinchar said.

🤓 Some of you have been asking about the widespread radar returns the past few nights in #Vegas. Radar analysis suggests most of these echoes are biological targets. This typically includes birds, bats, and bugs, and most likely in our case--> Grasshoppers. 🦗 #VegasWeather pic.twitter.com/reQX7hJR7Y

The National Weather Service office in Las Vegas said in a tweet Saturday that people have been asking about "the widespread radar returns" in the city over the past few nights.

Las Vegas, like all of Nevada, has had almost twice as much rain in 2019 than normal, Chinchar said. The city has had 4.63 inches of rain to date -- much more than its usual average of 2.38 inches in the same period.

"It appears through history that when we have a wet winter or spring, these things build up often down below Laughlin and even into Arizona," Jeff Knight, state entomologist with the Nevada Department of Agriculture, said. "We'll have flights (of grasshoppers) about this time of the year, migrations, and they'll move northward."

Knight said the swarms aren't terribly unusual given the amount of rain the state has had this year.

"We have records clear from the '60s of it happening, and I have seen it ... at least four or five times in my 30-plus years," he said. "There are some special weather conditions that trigger the migration."