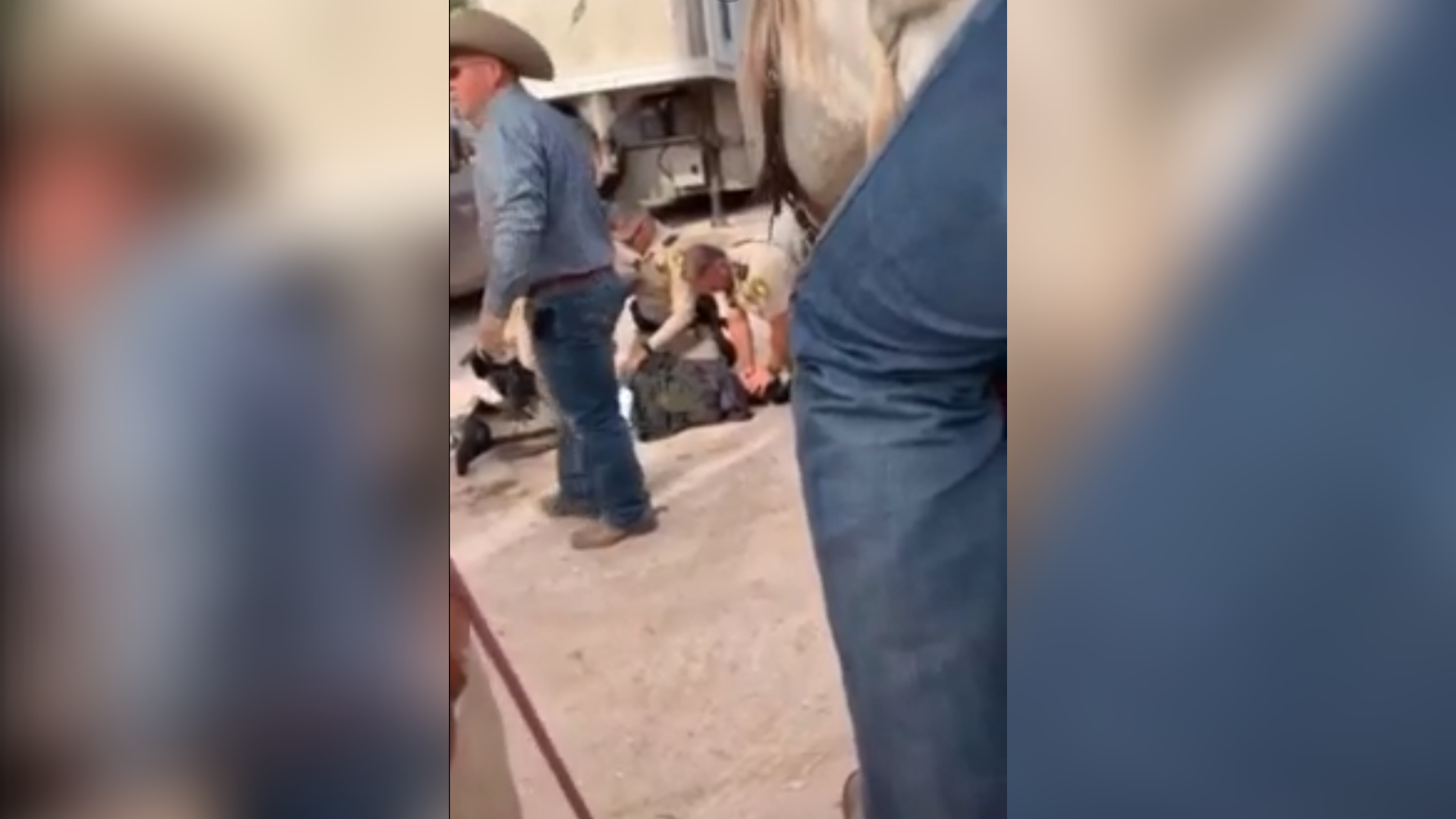 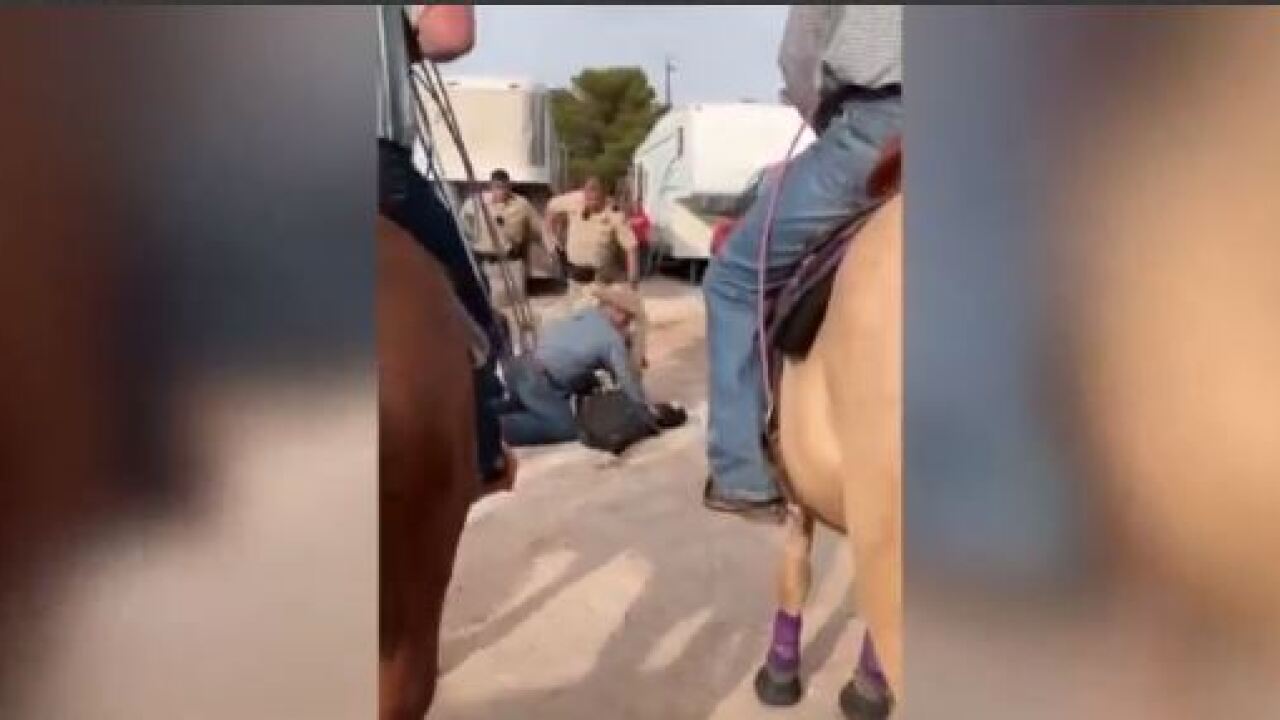 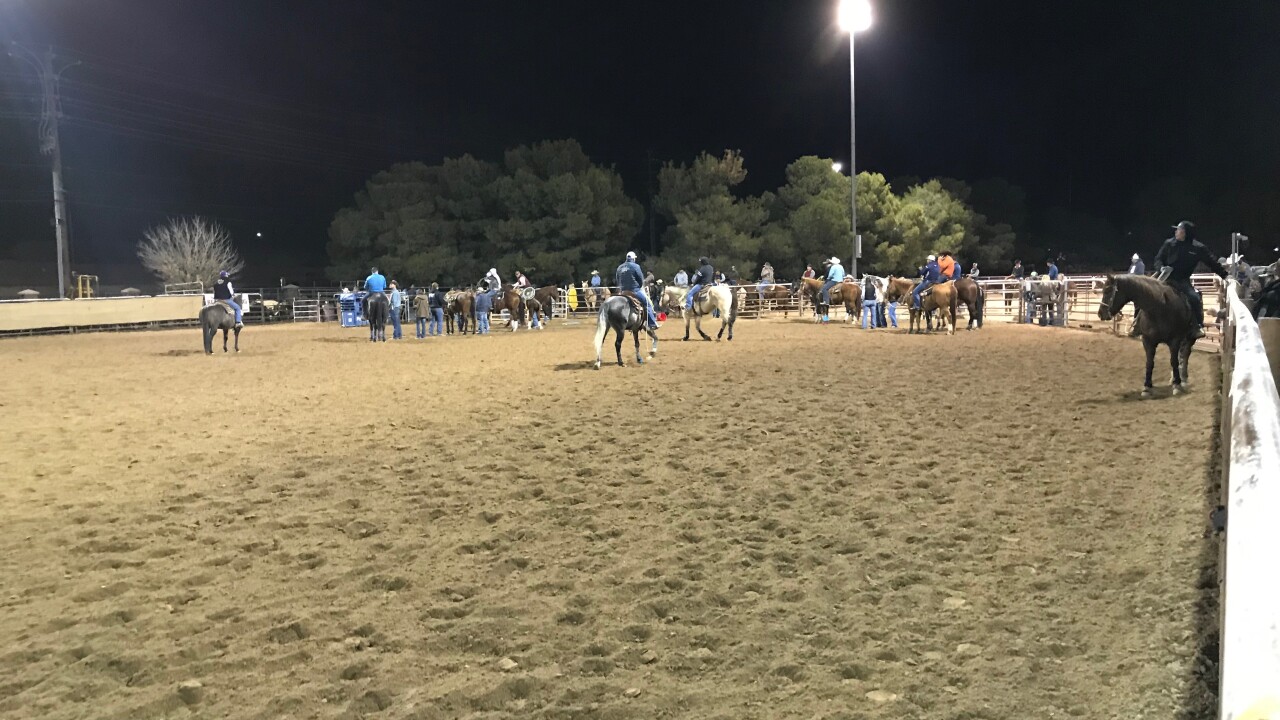 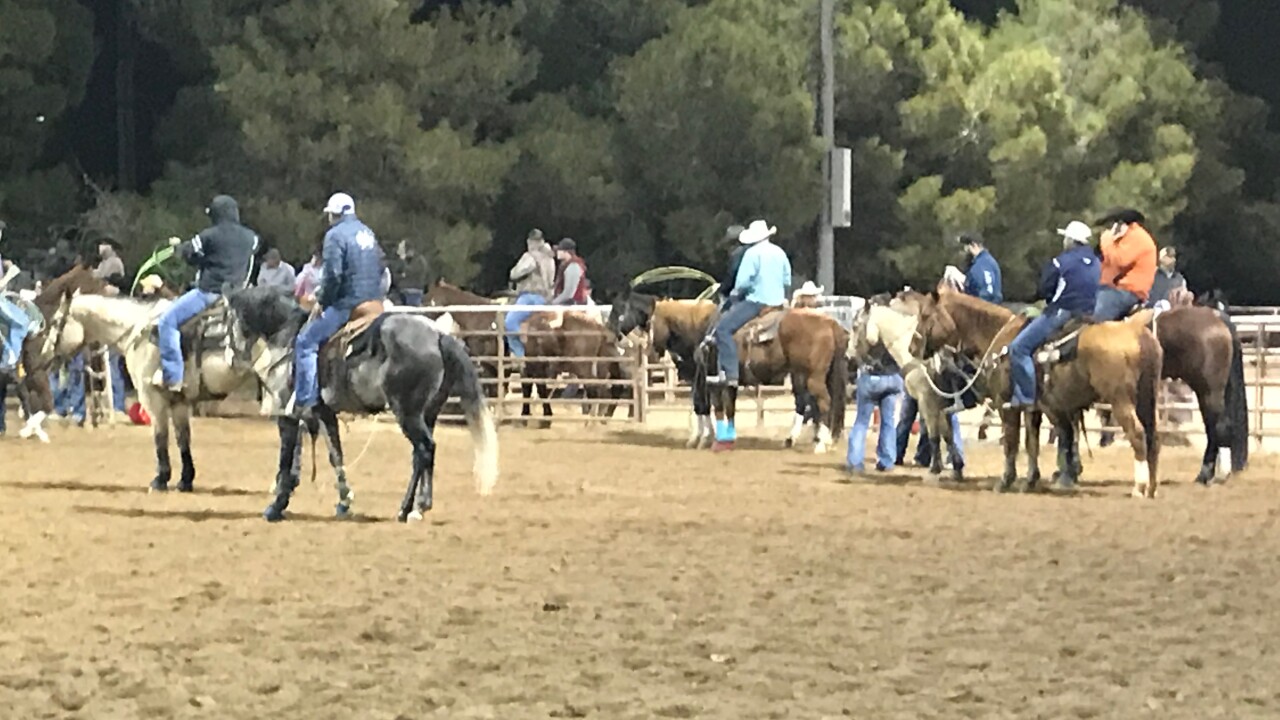 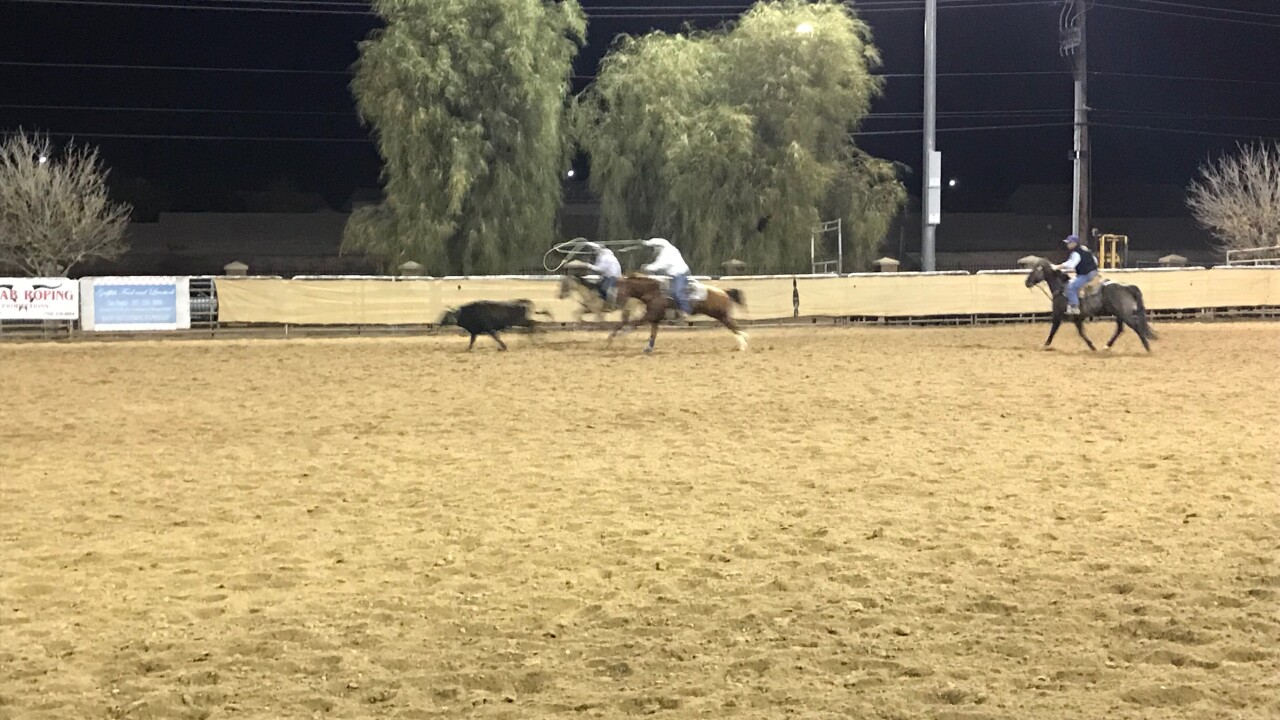 LAS VEGAS — A video of a "cowboy arrest" in Las Vegas is going viral. The video has been viewed more than 231,000 times (at the time of this writing) on Facebook and has been shared almost 6,000 times. It has also received hundreds of comments.

"I see this helicopter flying around, like right above us and so I'm like they must be doing something wrong. And right when I thought about that 18 cop cars came barreling down this road right next to the arena," said Cayden Cox, a cowboy and professional cattle roper.

Las Vegas Metropolitan Police Department spotted a car that was reportedly stolen and tried to stop it. The people in the car — three in total — attempted to escape, but hit a horse trailer near Horseman's Park.

"I'm like, 'oh shoot we need to go catch the son of a buck.' So I come running down through there and I almost knocked over this older gentleman and I felt bad but I got to them and right when I got to him but they all followed me we're like 60 guys behind us," added Cox.

One of the people in the stolen car jumped a fence at the park and began running across the fairgrounds. That's when the cowboys got involved. They yelled at man to stop and threatened to lasso him if he didn't.

"By the time I kind of had my rope up and [the suspect] had his hands up, right when I was thinking about roping him," said Cox.

According to a man who saw what happened, the alleged car thief immediately dropped to his knees and a couple of the cowboys pinned him to the ground until the police officers arrived and took him into custody.

"The best part of the whole deal was one when the (police) helicopter flew over us and said 'good job Ropers!' or something like that, oh that just made our day," Cox said.

Las Vegas police told KTNV that they took all three people into custody.

This story was originally published on KTNV.