Lack of soap, filthy onesies and too few beds have created a 'health crisis' at border detention facilities, monitors warn 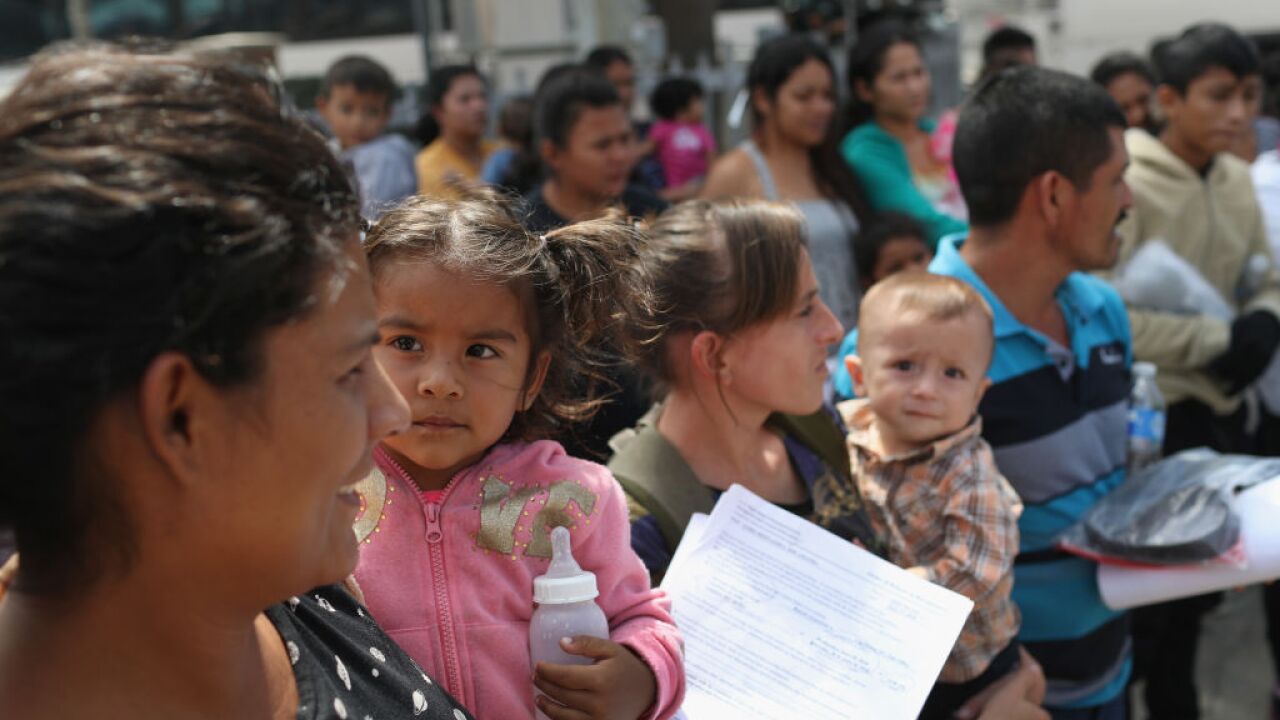 A team of doctors, lawyers and advocates are warning of what they say are major health and hygiene problems at several US Customs and Border Protection facilities in Texas.

"There was just a pervasive health crisis," said attorney Toby Gialluca, describing what she said were conditions at the Ursula Processing Center in McAllen, Texas. "Virtually everyone we saw was ill."

Clara Long, a senior researcher for Human Rights Watch, described what she said were "unconscionable conditions" at a Border Patrol station in Clint, Texas, where unaccompanied minors were being held.

"The kids had colds and were sick and said they didn't have access to soap to wash their hands. It was an alcohol-based cleanser. Some kids who were detained for 2-3 weeks had only one or two opportunities to shower. One said they hadn't showered in three weeks," she said. "Hygiene and living conditions like this creates a risk of spreading infectious disease. It makes me very concerned about the public health emergency."

The allegations, first reported by The Associated Press , come weeks after a report from the Department of Homeland Security's inspector general found "dangerous overcrowding" and unsanitary conditions at another El Paso, Texas, Border Patrol facility.

Gialluca and Long said they didn't have a chance to see the areas where migrants were being held when they visited the facilities, but were part of a team of 10 doctors, lawyers and advocates that interviewed detainees at three Texas facilities this week. CNN has not independently verified the conditions the team is reporting.

The visits were negotiated with CBP because the team is monitoring government compliance with the Flores settlement, a 1997 agreement that requires the government to release children from immigration detention without unnecessary delay to their parents, other adult relatives or licensed programs.

The Trump administration has been pushing to end the settlement, arguing the restrictions get in the way of immigration enforcement. The administration has also said it's been overwhelmed by a humanitarian and security crisis at the southern border, and the White House is requesting $4.5 billion in emergency funding to deal with it.

"US Customs and Border Protection (CBP) leverages our limited resources to provide the best care possible to those in our custody, especially children," the statement said. "As DHS and CBP leadership have noted numerous times, our short-term holding facilities were not designed to hold vulnerable populations and we urgently need additional humanitarian funding to manage this crisis."

In the statement, CBP said it works with the Department of Health and Human Services to move unaccompanied children to their custody as soon as possible.

"All allegations of civil rights abuses or mistreatment in CBP detention are taken seriously and investigated to the fullest extent possible," CBP said.

Thursday, in response to the allegations, a CBP official with intimate knowledge of the stations in El Paso told CNN "it's all about perspective." Conditions have improved at the facilities, the official said.

"At the beginning, yes, it was harsh. A year ago it was bad. Things are better than they were three months ago when kids were sleeping on the floor," the official said. "The answer here from the higher-ups seems to be to just add more tents and that's going to take care of the problem. It's not."

The official said migrants are getting three meals a day at the facilities.

"There is no variation in the meals," the official said, "but they are being fed and given access to medical care."

But advocates say conditions in the facilities are dangerous. Among the conditions the team says were reported by detainees during their recent visits:

• Children held up to 26 days in detention - Long said she spoke with children who'd been held at the facility for nearly a month.

"A lot of the kids had been held for 21 days," she said. This would be a violation of a court settlement that says children can be held in immigrant detention for a maximum of 20 days.

• Shortage of beds - "The kids said they were being held in rooms with windows toward the interior, but no windows to look out," Long said. "In some rooms, there are beds, but not enough for all the kids. Many are sleeping on the floor, some with mattresses, some without."

• Inadequate clothing - Gialluca said she saw children "clad only in a diaper and a tiny T-shirt or a filthy onesie." "They didn't have socks or shoes, nowhere near appropriate for the conditions that they were in," she said.

Rep. Veronica Escobar, a Democrat whose district is near the Clint facility, said she's concerned about the allegations and reached out to CBP's leaders for an explanation as soon as she heard them.

"If the allegations being made are true, these are human rights abuses. ... Our government's abuse of immigrant children is abhorrent and should be a wake-up call to our nation," she said. "These conditions are also horrific for the agents who have been placed in this situation by the administration."