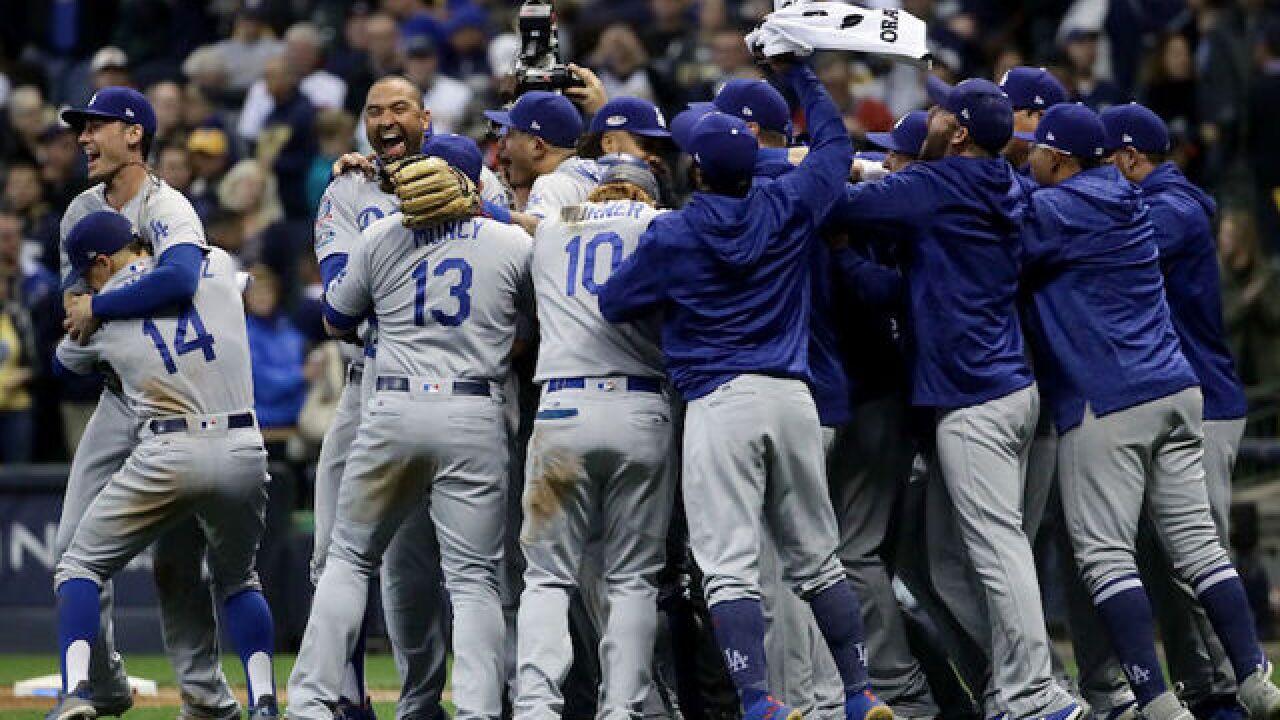 Milwaukee took a 1-0 lead in the bottom of the first inning when star hitter Christian Yelich tagged a 1-0 pitch from Los Angeles starter Walker Buehler for a home run.

But the Dodgers' Cody Bellinger answered in the top of the second with a two-run blast after bunt hit by Manny Machado off Brewers starter Jhoulys Chacin. That gave Los Angeles a 2-1 lead.

Chacin only pitched two innings and reliever Josh Hader, who had 12 regular-season saves, pitched three strong innings, giving up just one hit and no runs, to keep the Brewers in the game. He struck out four of the 10 batters he faced.

But after the Yelich home run, Dodgers pitchers clamped down on the Brewers. Buehler pitched 4 2/3 innings, giving up six hits and allowing just the one run. He struck out seven and walked none. Then four relievers shut out the Brewers the rest of the way, with closer Clayton Kershaw pitching a 1-2-3 ninth to close it out.

Dodgers No. 6 hitter Yasiel Puig hit a crucial three-run home run in the top of the sixth inning off Brewers reliever Jeremy Jeffress to make the score 5-1. It was Puig's first home run of the championship series.

The best-of-seven World Series begins Tuesday night at Boston, home of the American League champion Red Sox. The Sox are going for their ninth World Series championship, and fourth since 2004.

The Dodgers lost in the 2017 World Series to the Houston Astros four games to three. They are seeking their seventh World Series title and first since 1988.

Game 2 is Wednesday at Boston before the series shifts to the National League city for Game 3 on Friday and Game 4 on Saturday.