Is vaping a healthier alternative to traditional cigarettes?

Is vaping a healthier alternative to traditional cigarettes? 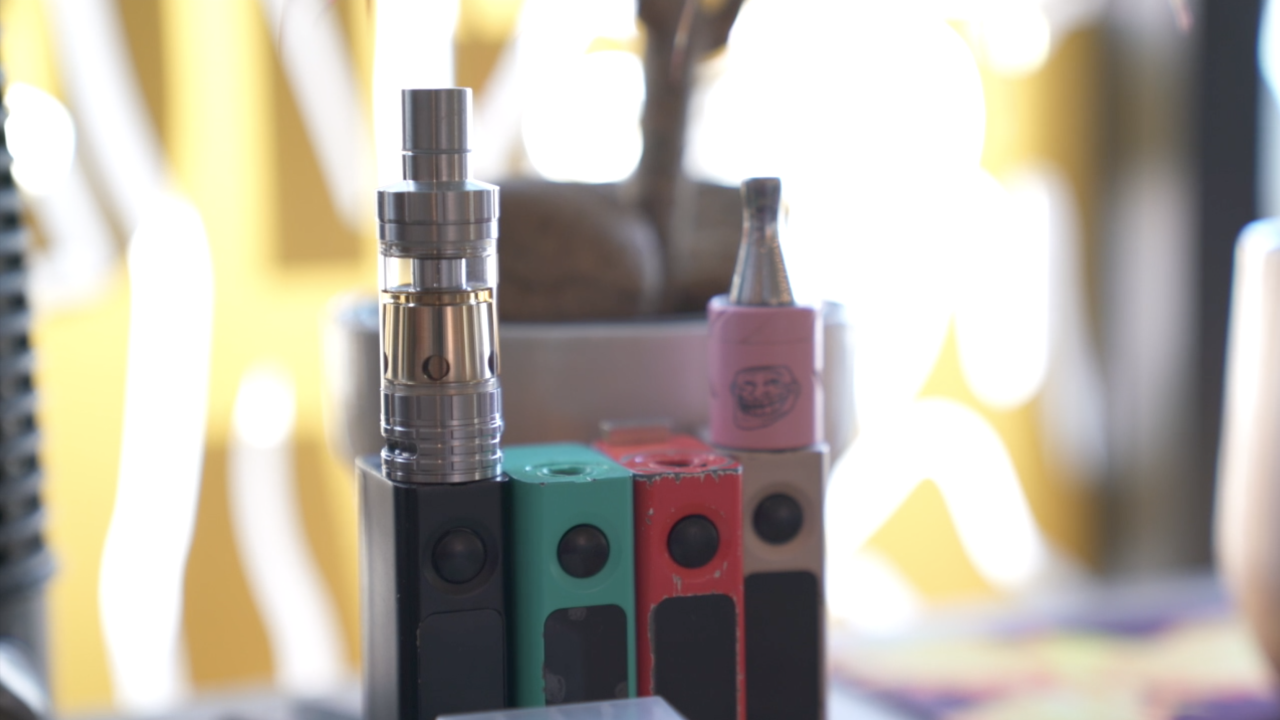 After smoking cigarettes for 15 years, Joe Vondruska decided to make a change in his life.

“I have not smoked a combustible cigarette in over seven years. Knowing that, I wanted to spend the rest of my life healthy with my wife, I looked for an alternative to ingest my nicotine,” Joe Vondruska said.

For him, that alternative was vaping. His wife Monica says the switch has been beneficial for the both of them.

“I’m not smelling cigarette smoke in the morning when I wake up. I’m not hearing him cough and hack loogies off the front deck,” Monica Vondruska said.

Monica says multiple people in her life have used vape products to quit traditional smoking. In fact, that’s one of the biggest reasons she and Joe decided to open a vape shop.

“We all know that smoking kills, we’ve known that since the 60s and yet today we still have people smoking. In order for us to get that smoking rate down, there needs to be a viable option for people,” Monica Vondruska said.

But is vaping a safe alternative to traditional cigarettes? Pulmonary Physician Jeff Sippel with UCHealth in Colorado says first you have to look at the differences between the two.

“Smoking of tobacco and marijuana leaves has both dust particulate matter and oils – that’s the tar aspect that someone inhales. Whereas vaping is purified oil from a plant – it’s extracted from a plant,” Dr. Sippel said.

According to Dr. Sippel, people who vape aren’t exposed to the harmful particles of combustible cigarettes. However, both products contain oils, which he says isn’t great for the lungs either.

“Our lungs like water, our lungs don’t like oil. And so if we vape or smoke, and we get oil products into our lungs, that’s when we have problems,” Dr. Sippel said.

Dr. Sippel says vape products often have more concentrated oils of flavoring, CBD, or THC, and that’s why we’re seeing some lung-related illnesses emerge. Consequently, Dr. Sippel says vaping is still a health risk and can’t be recommended by doctors as a good alternative to traditional smoking. Nevertheless, when you put the two side by side, he says there is more evidence to show combustible cigarettes are worse.

“We could say that vaping is probably the lesser of two evils.”

Dr. Sippel says it will take more time to really study the potential risks to vaping.

“Lung cancer as an example takes 20 to 50 years for someone to have that condition related to smoking. So what we don’t know is what is the vaping risk going to look like 20 to 50 years from now,” Dr. Sippel said.

He says e-cigarettes haven’t been around long enough for medical professionals to know the extent of their impact. But as a pulmonary physician, Dr. Sippel suggests staying away from both.

“I think a goal for this whole category of smoking and vaping would be for somebody to go from their current state of affairs, to less, to zero. And ultimately a goal is zero cigarettes or zero vaping, because that’s in somebody’s health best interest,” Dr. Sippel said.

The Vondruska family has witnessed some people achieving that goal with the help of vaping.

”We don’t mind if people get off vaping at all because we’re still a community and we’re still a family and they still drop in which is pretty neat. Probably one of the neatest things about opening a vape shop,” Monica Vondruska said.

It’s that community the Vondruskas feel is necessary to help people quit their smoking habit if that’s what they desire. Whatever the case, they stick together like a family.