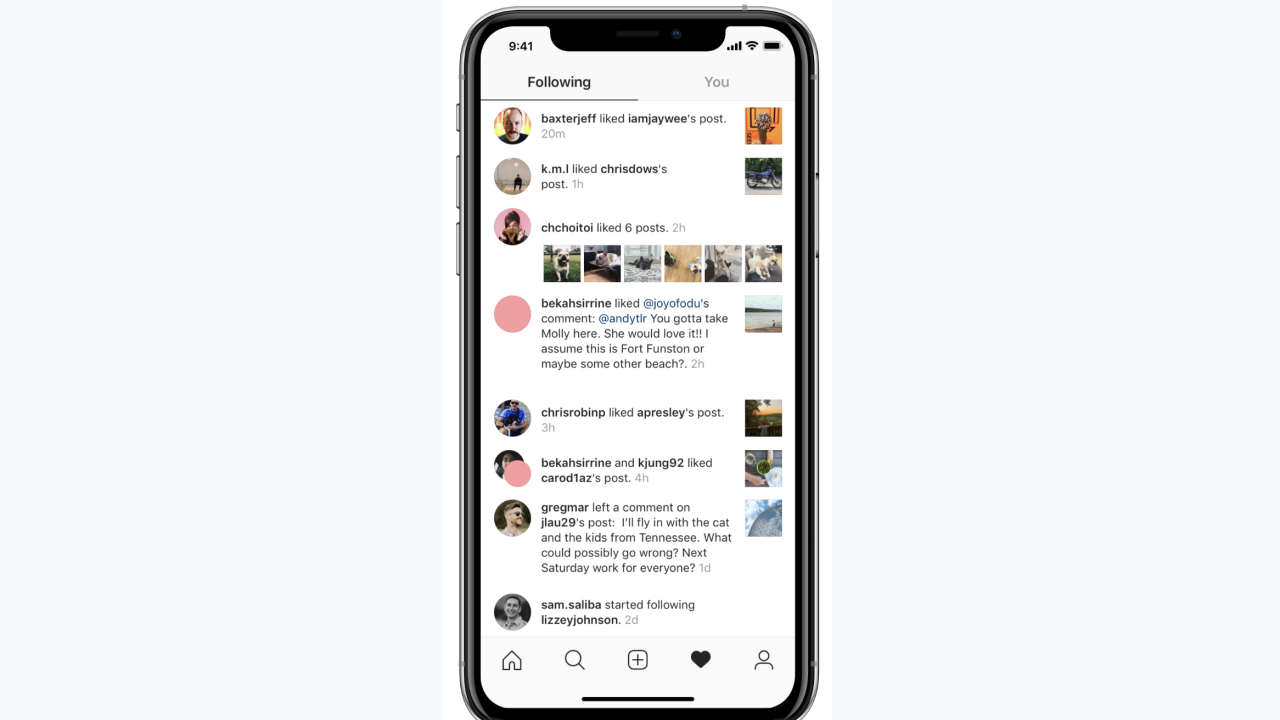 In the coming days, Instagram users will be getting a bit less info about those in their social network.

A number of Instagram users have noticed that the "Following" tab under the mobile app's notification page has disappeared.

The "Following" tab showed snippets of activity of the users a person follows. For example, it would show if a person you follow had liked a set of photos marked with the same hashtag, or show if a particular user liked a significant amount of posts from a given account.

The feature allowed users to find more accounts and content that he or she might enjoy. But, as anyone who has spent significant time on Instagram can tell you, likes can be revealing.

Ever get on Instagram at work or school? Or like an ex's photo without your significant other's knowledge? Technically, all of your followers could see that activity in the "following tab."

It was almost an open secret that the "Following" tab was the "Stalker" tab — an easy way to dig up dirt on friends or foes.

Dropping the "Following" tab isn't the only major platform change that Instagram is considering. Instagram tested hiding the number of likes a post receives this summer, leading to backlash from social media influencers who say removing likes would de-monetize their profession.

"The Following tab was created in March 2011 to help people discover new posts or accounts their friends engage with. We are removing it because only a small number of people use the Following tab regularly. Additionally, we’ve heard from people that they think the Following tab is a very hidden feature that they don’t find to be very useful, especially when compared to a similar feature like Explore."

An Instagram spokeswoman stated many users were surprised about the following feature, because they were unaware their activity on Instagram was available for their viewers to see.

@instagram why would you do this why is my following explore tab gone pic.twitter.com/kx6oyC72Zr

Where has my following tab gone? pic.twitter.com/J0YAEtEboo