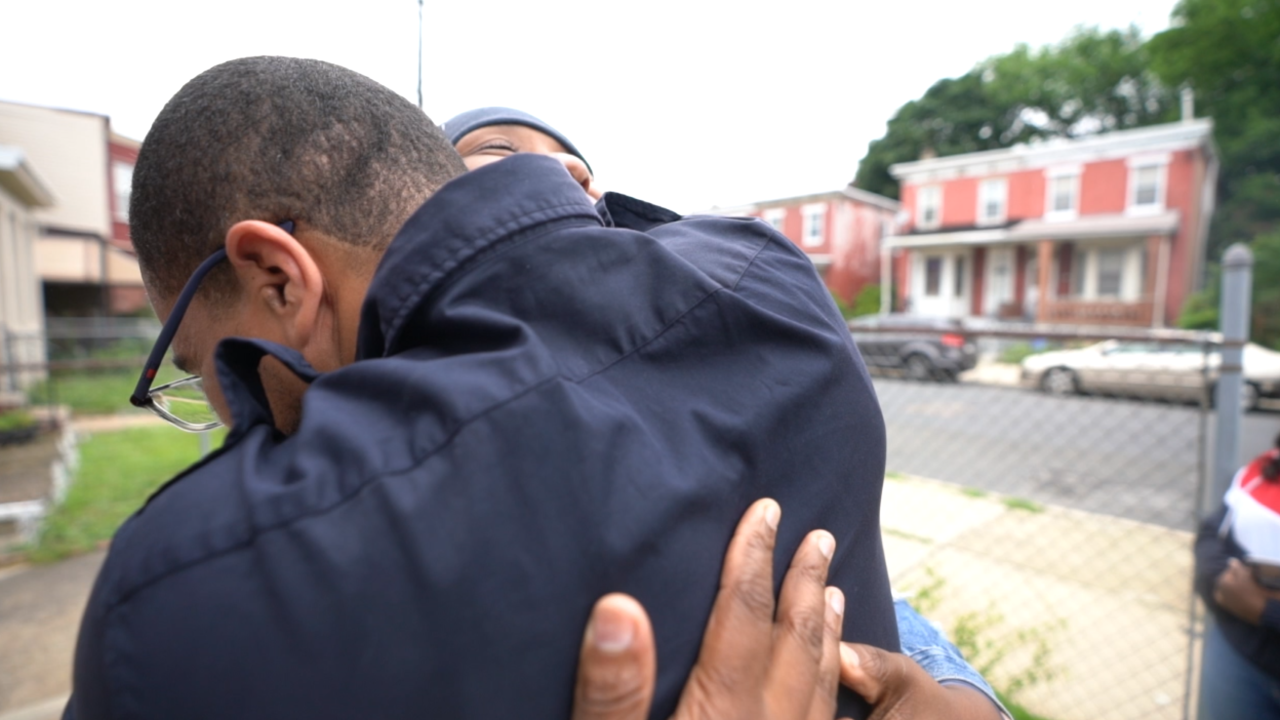 After 21 years, an innocent man was released from prison.

"Behind the wall, behind the barbed wire, a week is like a month and a month is like a year,” Terrance Lewis describes about life behind bars.

Lewis was wrongfully arrested in December of 1998.

“Living that life every day for 21 years was beyond a hardship," he says.

Lewis was 17-years-old when he was arrested in connection with a murder. Two years later, a jury deemed him guilty and he went to prison.

"It was alleged that I was a participant in a robbery, a botched robbery that went wrong," he explains. "And they felt me guilty of second-degree murder, which was a felony murder, meaning that the allegation of me being there. I was given a life sentence for practically being in the house when the murder occurred,"

A witness, who admitted later in court that she was high at the time, gave false information. Her statements sent him behind bars, forcing him to leave his family, including his 1-year-old son.

In Pennsylvania, a life sentence is imposed without the possibility of parole. However, Lewis didn't give up hope.

He took matters into his own hands, representing himself. When he got to the court door, the judge insisted on appointing him an attorney. This time, it was David Laigaie. However, it wasn't until 10 years later that Terrance was finally released. In 2012, the U.S. Supreme Court ruled automatic life sentences for juveniles were unconstitutional.

"The judge granted Terrance a new trial because his due process rights had been trampled, the district attorney's office withdrew the charges, and the judge then discharged Terrance because there were no live charges against him," attorney David Laigaie says.

"We are very happy to see my nephew home after 21 years. We was heartbroken," Judy Waters, Lewis' aunt, says.

Since the day he got out, Terrance has been bombarded with love from people he hasn't seen for decades.

"This is my high school friend. We grew up together," Lewis says, while hugging his friend Richenda White. "I haven't seen her. When was the last time I saw you? Since you was 18."

The beautiful reunions are no secret to neighbors.

"He can get his life back and that's more than anything anybody can ask for," one of Lewis' neighbor says. "Life, ya know what I’m saying? And freedom."

Lewis is now a free man, nostalgically visiting places where he holds fond memories and re-introducing his taste buds to the food of his childhood.

The world in 1998 is very different from the world today.

“It's foreign to me. It's different. The world is different. Downtown Philadelphia is completely different," he observes. "Only thing that's not different, for the most part, which is sad, is my neighborhood. My neighborhood is still the same.

"This is why the crime is so prevalent in my community, because they don't have nothing; it's just torn down. There's not much here, as far as for the kids or the youth."

Lewis' experience and the state of his neighborhood has inspired him to make a difference.

He plans to keep on fighting to make sure what happened to him doesn't continue with other innocent people.

"I'm gonna be a voice for the voiceless. I'm gonna hopefully bring into existence some type of change and I'm going to use my journey as a catalyst to bring about it, because it's needed. I'm living proof that it's needed."

Styled by a former cellmate, getting a haircut has become a symbol of freedom.

"We could only get a haircut once a month," Lewis says.

As he settles into modern-day life, he can finally focus on his future. He plans to get a degree in criminal justice and was offered a job as an attorney's paralegal, a job Laigaie thinks he's well cutout for.

"He keeps me on my toes. In the 10 minutes you get on a phone call with a prisoner he'd ask me two dozen hard questions about the law and about the facts," Laigaie says.

Both Terrance and Laigaie agree great changes are already happening in the justice system, but there's still work that needs to be done.

"Terrance's case, and many others like Terrance, should prove to people that while our system of justice is good," Laigaie says. "It isn't perfect, and they should always keep in mind that mistakes are possible, and mistakes need to be fixed and corrected."

Lewis plans to the motivation for that change using his optimism to push him forward.

"Don't lose hope," he says. "Put your best foot forward and constantly pound on the door. Somebody gonna hear you."

If you'd like to reach out to the journalist for this story, email elizabeth.ruiz@scripps.com