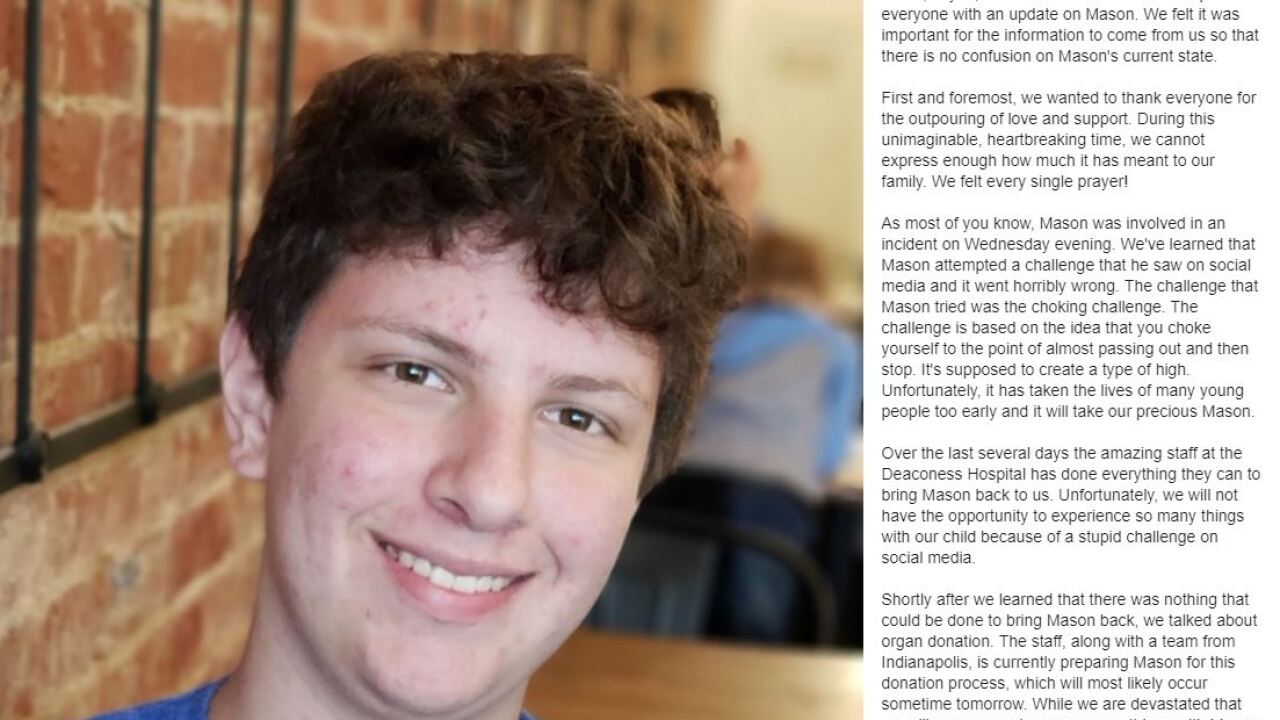 EVANSVILLE, Ind. — An Indiana teen has died after attempting an internet challenge called the “choking challenge,” according to his parents.

Mason Bogard’s mother, Joann Bogard, shared a message on Facebook Sunday saying she wanted the information about his death to come from the family.

“We’ve learned that Mason attempted a challenge that he saw on social media and it went horribly wrong,” Joann wrote. “The challenge that Mason tried was the choking challenge. The choking challenge is based on the idea that you choke yourself to the point of almost passing out and then stop. It’s supposed to create a type of high. Unfortunately, it has taken the lives of many young people too early and it will take our precious Mason.”

Mason was rushed to the hospital where his mother says he remained on life support until they determined he could not survive.

“Over the last several days the amazing staff at the Deaconess Hospital has done everything they can to bring Mason back to us. Unfortunately, we will not have the opportunity to experience so many things with our child because of a stupid challenge on social media,” her post read.

Joann posted on Facebook that her son would save six people’s lives.

“While we are devastated that we will never experience so many things with Mason again, we are able to find some comfort in the fact that Mason will save the lives of others. He would have wanted it this way," she wrote. "He was an extremely generous young man.”

She also issued a plea to parents to pay attention to what their children are doing on social media, so that another family doesn’t have to go through the same pain that they have.

“Finally, we want to plead with you from the bottom of our hearts ... please pay attention to what your children look at on social media," the mother wrote. "I know our kids always complain that we're being too overprotective but it's ok, it's our job.”