In the past 6 weeks, churches, mosques and a synagogue have been attacked 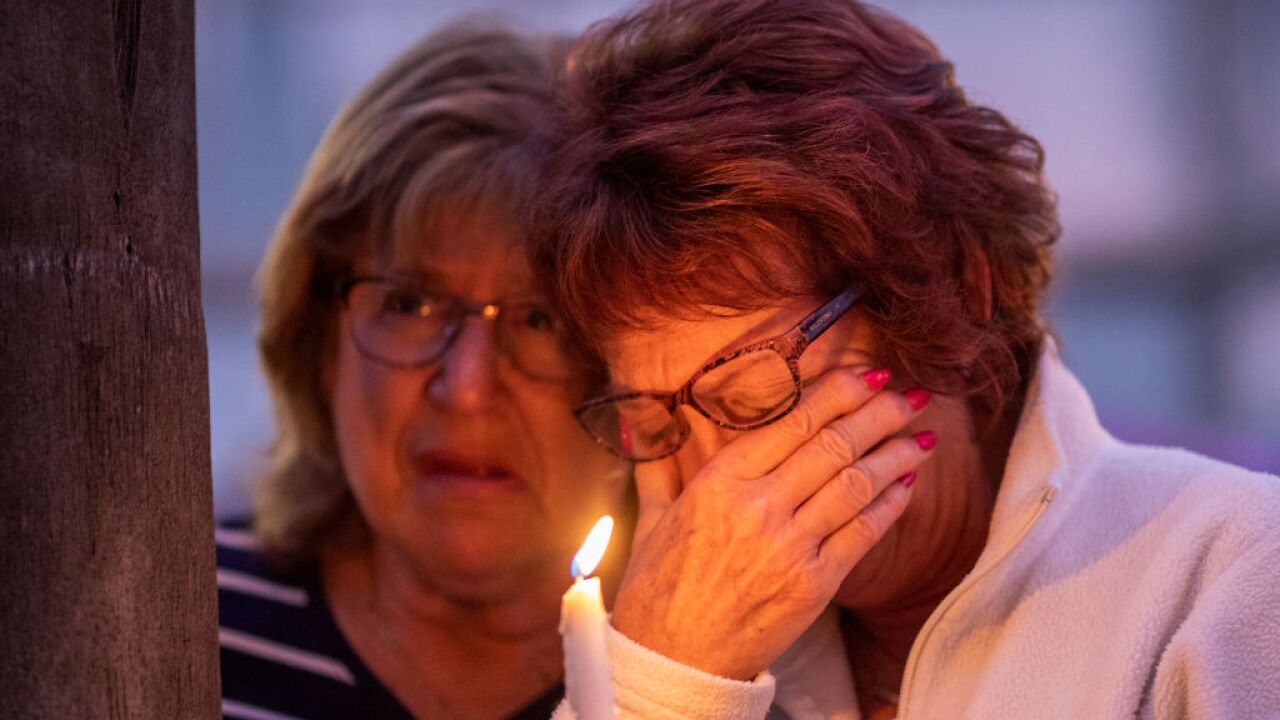 In the past six weeks, attackers have targeted churches, mosques and a synagogue in a series of shootings and bombings spanning three countries.

On Saturday, a gunman entered a congregation outside San Diego and opened fire with an "AR-type assault weapon," killing one woman and wounding three other people.

The shooting at Chabad of Poway is the latest in a series of deadly attacks on places of worship. The gunman targeted people gathered to celebrate the end of Passover, one of the holiest holidays on the Jewish calendar.

Just days earlier, a series of coordinated attacks on Christian churches rocked Sri Lanka on Easter Sunday. And it was just last month that dozens were killed in an attack on two mosques in Christchurch, New Zealand.

"No one should ever fear going to their place of worship," California Gov. Gavin Newsom said.

The suspect fled the shooting and then reported his location to 911, according to San Diego Police Chief David Nisleit. The shooter surrendered to a K-9 officer without incident.

Though authorities are still investigating the motive behind the attack, the mayor of Poway, Steve Vaus, said he considered it a hate crime "because of statements that were made when the shooter entered."

Investigators are also reviewing the suspect's social media posts and an "open letter" he was purported to have written.

The congregation was targeted by "someone with hate in their heart ... towards our Jewish community and that just will not stand," Vaus said.

Last Sunday, as Christians were celebrating Easter, a wave of explosions ripped through Sri Lankan churches and hotels, killing 253 people, according to the county's Ministry of Health.

Dozens have been arrested in connection with the attacks as part of a massive, multinational investigation, which remains ongoing. Authorities have spent the past week looking for suspects connected to the bombings.

Both Christianity and Islam are minority religions in Sri Lanka; each accounts for under 10% of the total population. The vast majority of Sri Lankans identify as Buddhist.

J.D. Anthony Jayakody, auxiliary bishop of Colombo, told CNN that he lost sleep over the attacks. "Innocent people who came to pray here ... they sacrificed their life for God."

"We never expected such a thing to happen, especially in a place of religious worship," Bishop Anthony said.

In March, 50 people were killed when an Australian man opened fire on worshipers in two mosques in Christchurch, New Zealand. The shooter started first at the al Noor Mosque, where he livestreamed the attack on social media.

He then drove to the Linwood mosque, where 8 people were killed.

The suspect was identified as Brenton Tarrant, 28.

Just prior to the shootings, an 87-page manifesto was posted on Twitter and 8chan -- an online messaging board where users sometimes anonymously share extremist messages and celebrate mass shooters.

Though it was unsigned, the author of the manifesto claimed to be a 28-year-old man from Australia. It's filled with anti-immigrant and anti-Muslim sentiments, in addition to explanations behind the attack.

Prime Minister Jacinda Ardern expressed solidarity with the Muslim community and those affected, telling them on a day of reflection that "New Zealand mourns with you."

She quoted the Prophet Muhammad: "The believers in their mutual kindness, compassion, and sympathy are just like one body. When any part of the body suffers, the whole body feels pain."

"New Zealand mourns with you; we are one," she said.

'Hate has the same DNA'

Though the attacks have struck different houses of worship, many groups say they stem from the same kind of hate.

"Violence comes in many different forms, but hate has the same DNA wherever you see it: whether in the form of ISIS, white supremacy, or genocide, it is the belief that another group is an existential threat to you and your community that often justifies the most unspeakable acts of violence and brutality," Abbas Barzegar, director of research and advocacy for the Council on American Islamic Relations, told CNN.

"In a way, the ideologue or extremist is exposing their own weaknesses and insecurity when they target houses of worship, because not only do they show how cowardly they are for attacking innocent lives, but also that whatever they claim to stand for is so fragile that it can be threatened by the non-violent prayers and rituals of another group," Barzegar said.

"Creating divisions between people because of how they pray, what they look like and what they believe is the life's blood of extremists," Greenblatt said. "Faith groups of all kinds must stand up with each other and reject not only the violence, but also the destructive narratives that seek to drive a wedge between them whenever and wherever they arise."