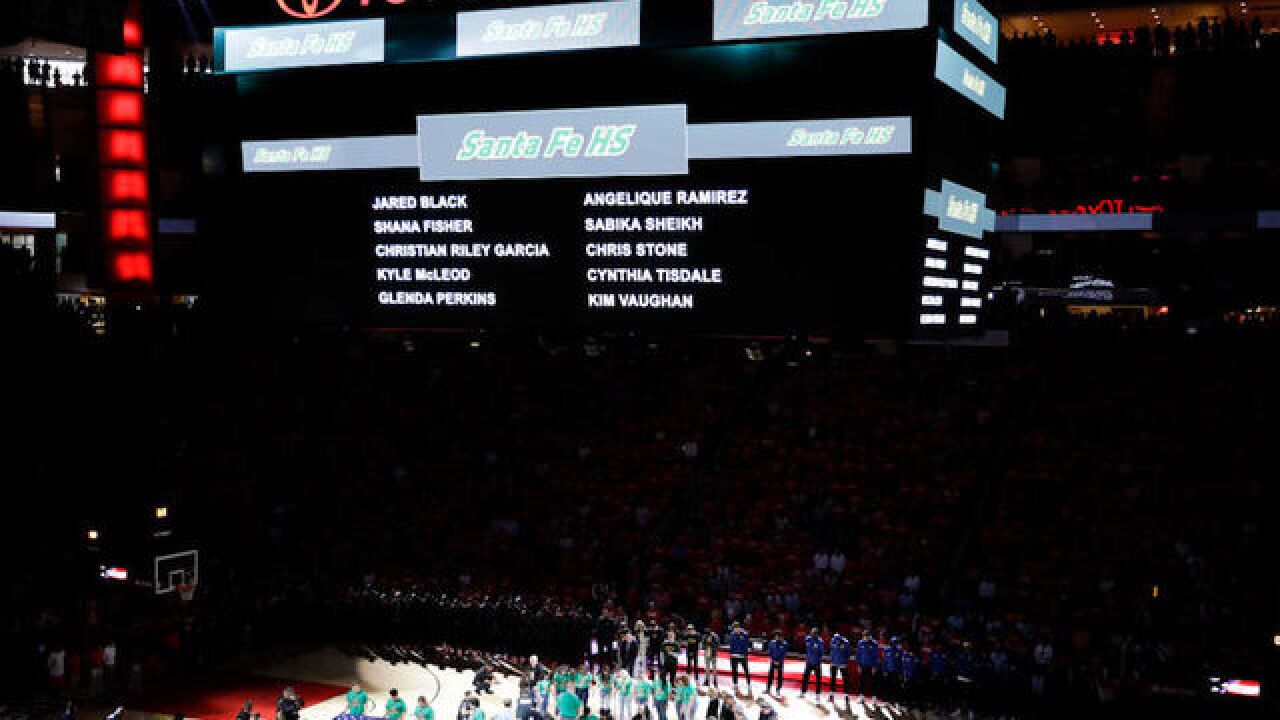 Copyright Getty Images
Bob Levey
<p>HOUSTON, TX - MAY 24: A tribute to honor the victims of the May 18th shooting that left ten dead and 13 injured at Santa Fe High School takes place prior to Game Five of the Western Conference Finals of the 2018 NBA Playoffs between the Houston Rockets and the Golden State Warriors at Toyota Center on May 24, 2018 in Houston, Texas. (Photo by Bob Levey/Getty Images)</p>

Thursday's NBA Playoff showdown between the Golden State Warriors and Houston Rockets was a pivotal game, one that could decide who advances to the NBA Finals.

Graduates from Santa Fe High School, along with the town's first responders, were in attendance and honored in a pregame ceremony. There was also a moment of silence in memory of the 10 people who lost their lives.

The Houston Rockets agreed to hold a section of tickets for several hundred graduates of the high school for Thursday's game. The high school's choir also participated in a pregame performance of the national anthem.

"We are with you now and always," the Houston Rockets announcer said during the pregame ceremony.

Houston coach Mike D'Antoni was hopeful that Thursday's ceremony would cause people to reflect on recent mass shooting events.

"If it moves two or three people to understand we've got to have some change, that would be great," D'Antoni said. "But your heart goes out to them and it puts you back in reality really quick. It's just time for something to change. We just can't go on."

"It's scary that that's become the norm here," Paul said. "We've got to do something about it. Yeah, I can't imagine something like that taking place with my kids."

The Rockets did their best to come through for their community, defeating the Warriors 98-94 to take a 3-2 lead in the best-of-seven series.