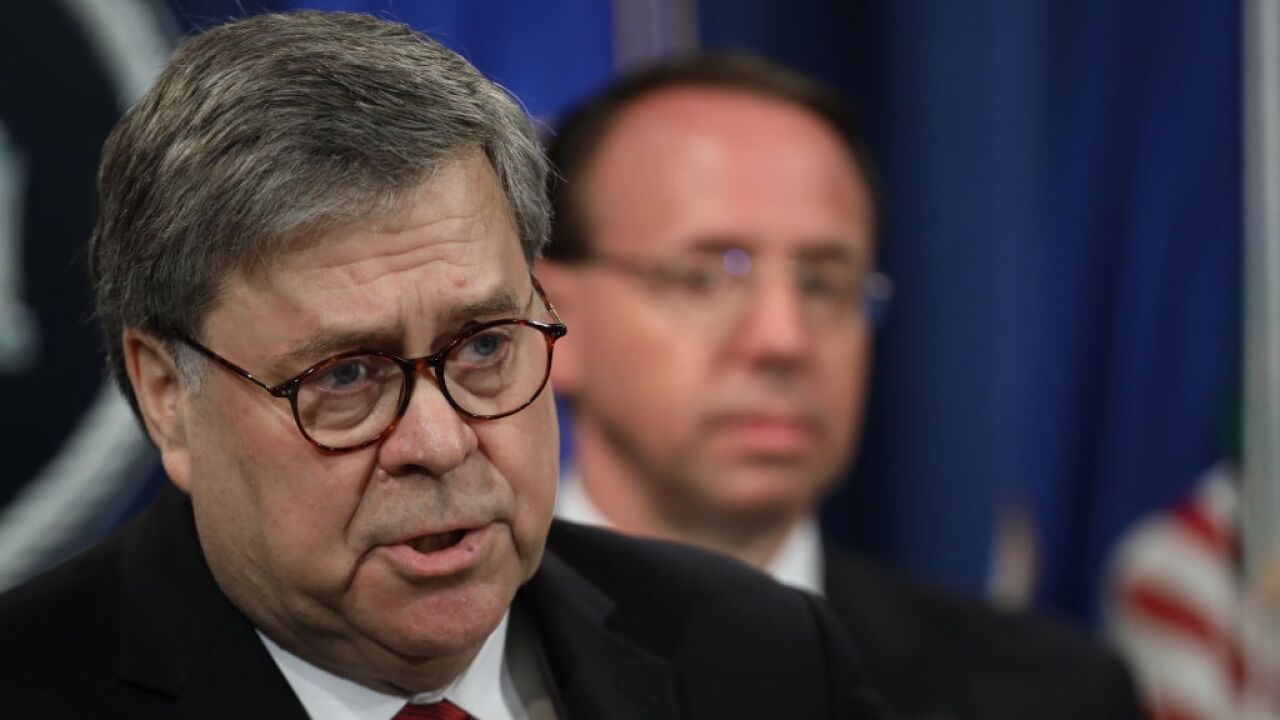 House Judiciary Chairman Jerry Nadler has scheduled a Wednesday vote to hold Attorney General William Barr in contempt of Congress after the Justice Department declined to provide an unredacted version of the Mueller report to Congress.

The vote to hold Barr in contempt marks the first time that House Democrats are moving to punish a Trump administration official for defying a congressional subpoena and represents a dramatic escalation in tensions between Democrats and the White House.

The Justice Department last week said in a letter that the subpoena was "not legitimate oversight" and an "overbroad and extraordinarily burdensome" request. The heart of the dispute is over the grand jury material in the Mueller report, which Nadler has said Congress is entitled to but Barr argues he's not legally allowed to provide without a court order.

Nadler on Friday sent Barr a new offer to narrow and prioritize the scope of the evidence that the Justice Department would turn over, but he did not back away from his demand that Barr join him in seeking a court order to provide the grand jury material -- something Barr has signaled no interest in doing.

The contempt citation is unlikely to have much practical effect -- House Republicans held then-Attorney General Eric Holder in contempt during the Obama administration, too -- but it ratchets up the stakes for House Democrats and the Justice Department at a sensitive time.

Nadler is seeking to have Mueller testify before the committee on May 15, though the date is not finalized. Barr testified to the Senate last week that he had no objections to Mueller testifying, but on Sunday President Donald Trump reversed his previous position and tweeted that Mueller should not testify.

And Barr's own testimony became a flashpoint for the Judiciary Committee last week after he skipped a scheduled hearing amid a dispute about the format. Barr objected to the committee's insistence that staff attorneys be allowed to interview him.

Wednesday's contempt vote is not tied to his testimony, as Nadler has not yet issued a subpoena for Barr to appear.

The text of the contempt vote resolution includes a step-by-step accounting of the actions the committee has taken to try to obtain the full report, as well as their argument for why obtaining the report serves a legitimate legislative purpose.

"With the 2020 elections approaching, the Committee requires the most complete possible understanding of Russia's influence and hacking operations," the resolution says. "Without this information, the Committee is unable to fully perform its responsibility to protect the impending 2020 elections -- and thus our democracy itself -- from a recurrence of Russian interference."

House Oversight Chairman Elijah Cummings has slammed the White House for stonewalling his requests for documents and testimony in multiple investigations, and he has threatened to hold one former White House official in contempt as part of his security clearance investigation.

Treasury Secretary Steve Mnuchin is expected to reject a request from House Ways and Means Chairman Richard Neal for the President's personal and business tax returns as early as Monday, CNN has reported, setting up a potential court battle.

Democrats are still debating how they should respond to stonewalling of their investigations from the Trump administration. Some Democrats have urged the use of Congress' so-called inherent contempt powers, which would include the prospect of jailing or fining those who don't comply with congressional subpoenas. But inherent contempt hasn't been used in nearly a century, and it's not clear whether it would be enforceable.