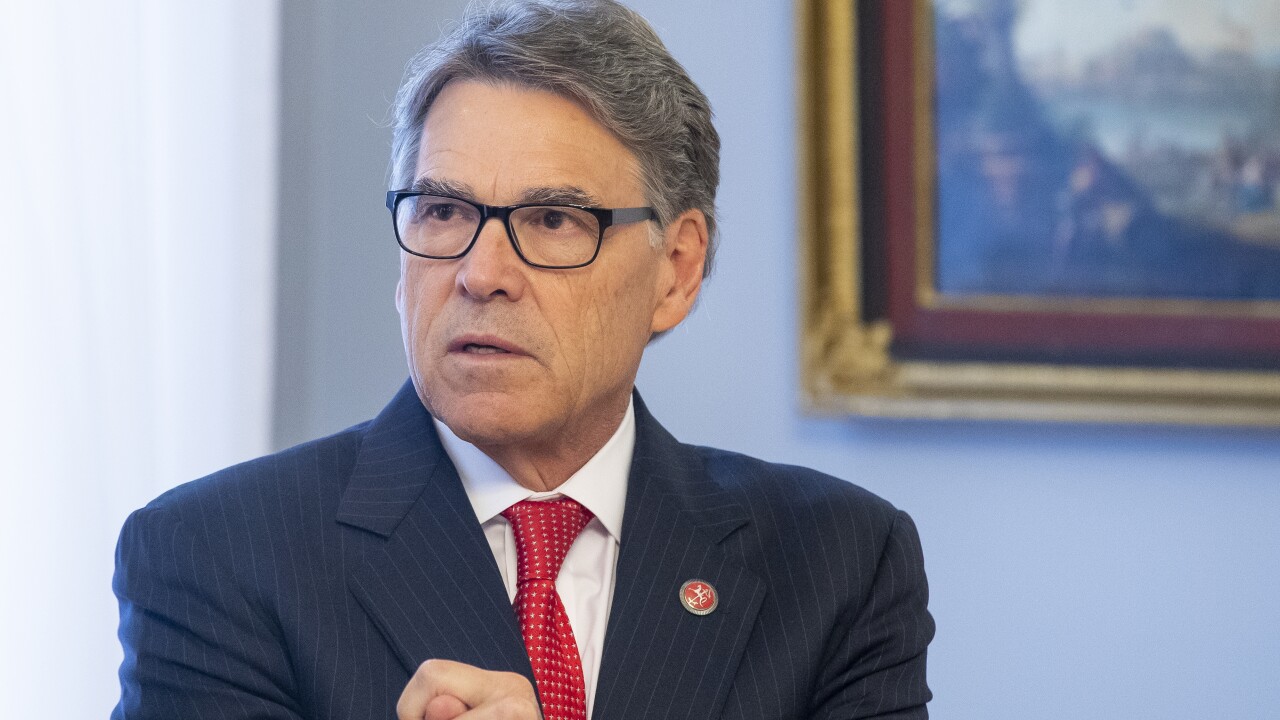 House Democrats on Thursday issued a subpoena to Energy Secretary Rick Perry for documents related to the Trump administration's contacts with Ukraine as part of the ongoing House impeachment inquiry .

The subpoena was issued by the House Intelligence Committee in consultation with the House Foreign Affairs and Oversight committees. It is just the latest in a series of subpoenas issued by House Democrats to administration officials and others as they investigate Trump's contacts with Ukraine in the wake of a whistleblower complaint alleging that President Donald Trump pressured the Ukrainian President to solicit interference in the 2020 election by urging him to investigate Democratic presidential candidate Joe Biden's family.

A letter sent to Perry by the House Democratic chairmen of those three committees states that "public reports have raised questions about any role you may have played in conveying or reinforcing the President's stark message to the Ukrainian President."

CNN has reached out to the Energy Department with a request for comment.

Last week, Perry pledged to work with lawmakers looking into the whistleblower complaint.

"I'll just briefly say we're going to work with Congress and answer all their questions," Perry said at a department event.

Perry has met with Ukrainian President Volodymyr Zelensky at least three times while in office, including when he replaced Vice President Mike Pence in leading a US delegation to Zelensky's inauguration last spring.

On Monday, Perry said that he "absolutely" asked Trump "multiple times" to call the Ukrainian President, but about energy -- not the Bidens -- and said he is not leaving his role in the administration.

"Absolutely, I asked the President multiple times. 'Mr. President, we think it is in the United States and in Ukraine's best interest that you and the President of Ukraine have conversations and discuss the options that are there,'" Perry said Monday. "So absolutely yes."