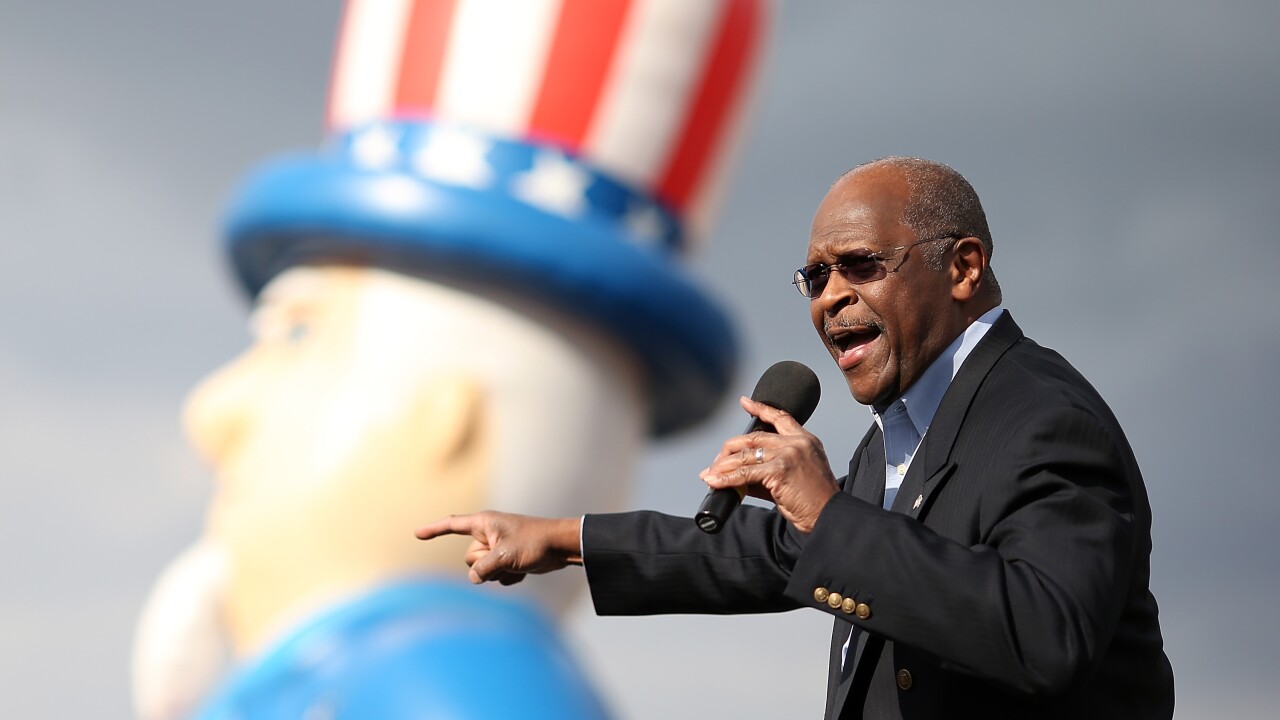 President Donald Trump said Monday that his embattled Federal Reserve pick Herman Cain has withdrawn from consideration for a seat on the bank's powerful board of governors.

In a tweet, Trump announced that the former Republican presidential candidate, a "truly wonderful man," has asked not to be nominated for a seat on the board of the world's most influential central bank.

"I will respect his wishes," Trump wrote. "Herman is a great American who truly loves our Country!"

Cain's exit from the process, which would have included hearings on Capitol Hill and a vote in the Senate, comes less than a week after he told the Wall Street Journal in an interview he would not remove himself from consideration and was "very committed" to securing the nomination.

He faced an uphill battle largely due to the revival of sexual harassment allegations that effectively ended his 2012 campaign. Cain has continued to deny the claims, most recently on Thursday.

But four Republican senators have already said they would not vote to confirm Cain, leaving him no clear path.

Cain, the former chief executive of Godfather's Pizza Inc., has some prior experience at the Fed. From 1992 to 1996, he served as a director of the Federal Reserve Bank of Kansas City. Each of the 12 regional Fed banks has a nine-person board that includes local executives.

The President floated his desire to name Cain for a seat on the seven-member Fed board earlier this month. There are two current vacant seats.

Trump's other pick, economic commentator and former 2016 campaign adviser Stephen Moore, has drawn opposition from Democrats over his closeness to Trump and his reversals on interest rate policy.

Moore, a former Wall Street Journal editorial board member, was a CNN contributor from 2017 until earlier this year.