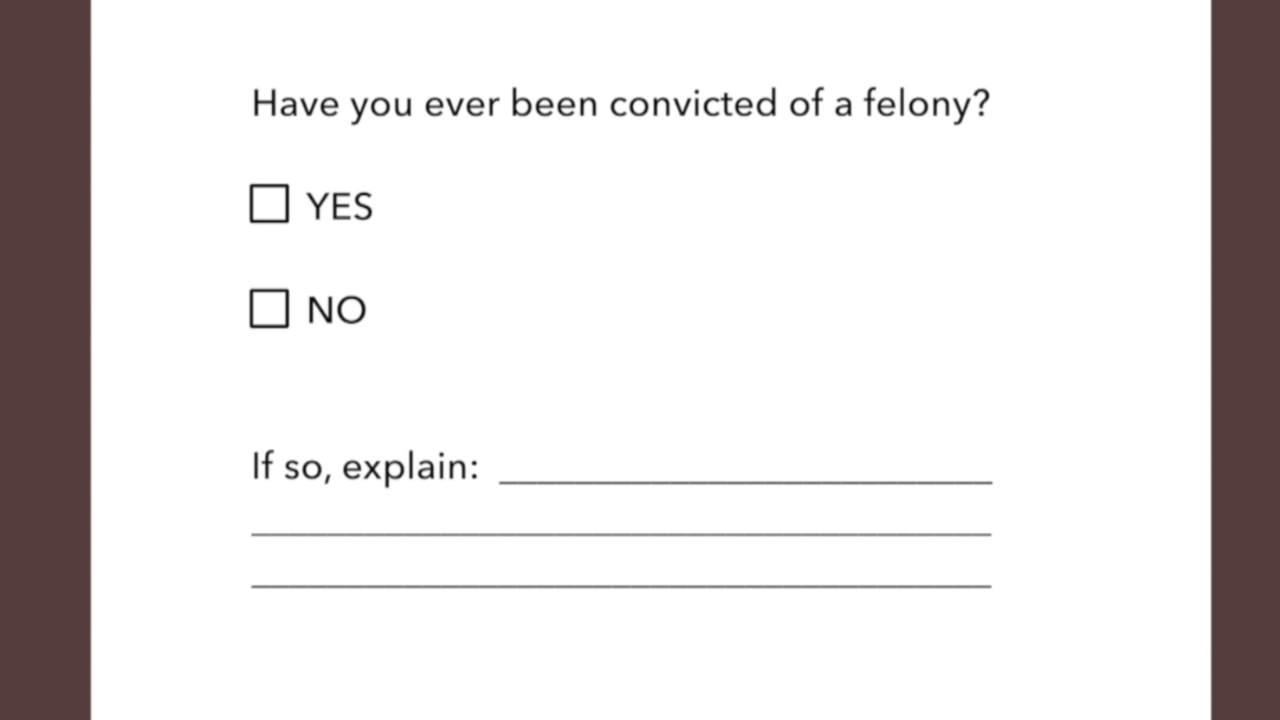 There’s a push in Congress and in a growing number of states to make a change to job applications that could be stopping millions of people from getting a job.

Kimberly Haven is a criminal justice advocate, who is driven by her own past. After spending time in prison, Haven said she knows how a criminal record can be life changing.

“People with felony records are almost the last group of people that is not only OK, but encouraged, to discriminate against,” says Haven. “It’s tantamount to having a life sentence. The collateral consequences of a criminal record are in fact life sentences.”

After being released from prison, Haven found out finding a job can become its own punishment. Those looking for a fresh start are often stopped before they can get their foot in the door, thanks to a question on job applications that asks if applicants have ever been convicted of a crime.

“It’s demoralizing because you know that an employer is probably going to look at it and go ‘nope’ and throw it away,” says Haven.

This year, she tried pressuring Maryland lawmakers to make it a state law to keep the question off applications. So far, 34 states and more than 150 cities and counties have adopted the so-called “Ban the Box” initiative.

“We’re not saying we don’t want employers to know who they’re hiring. We do. An employer has every right to do a background check,” Haven says. “But at least give somebody the opportunity to sell themselves, to apply for a job, compete fairly and be judged on their qualifications.”

But not everyone is for the change. Cailey Locklair Tolle, with the Maryland Retailers Association, testified against the bill.

“Some of our retailers have made decisions based on prior convictions that they’re unable to hire individuals,” says Locklair Tolle. “Not only is this to protect inventory and merchandise, but there’s a lot of fraudulent activity that goes on in regards to stealing consumer information.”

Ultimately, Maryland lawmakers did not end up passing the bill this year. But the Ban the Box momentum is growing. Congress is now debating the Fair Chance Act, which would ban federal employers and contractors from asking about a job applicant’s criminal history, before a conditional job offer has been made.

“People do choose to turn their lives around and society should make easier, not harder for them to do so,” said Republican Sen. Ron Johnson during a recent congressional hearing.

Sen. Johnson is a sponsor of the Fair Chance Act, which has bipartisan support. But some of Johnson’s Republican colleagues are hesitant about the bill.

“Why should an employer spend time and resources interviewing someone, individuals who should not be hired, if you know that?” argues Rep. Chip Roy. “If you had that information, you might know it from the get-go.”

Congress could vote on the Fair Chance Act this year.