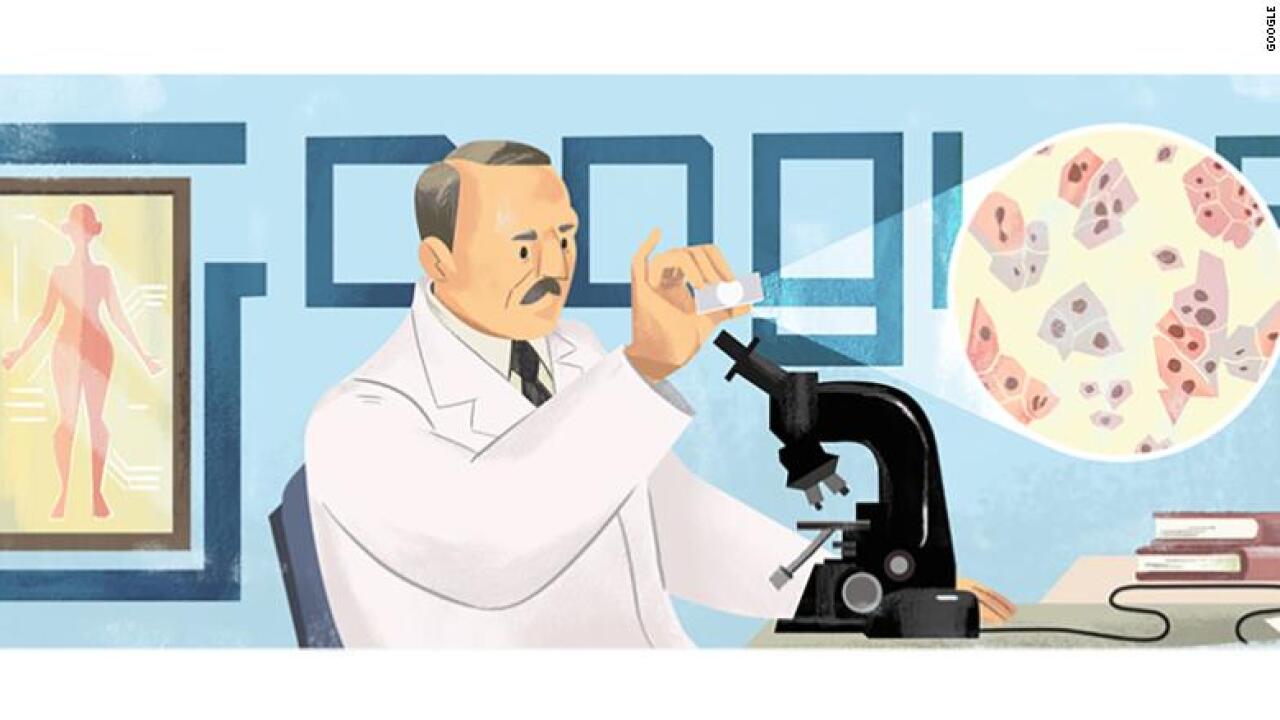 Cervical cancer was once a leading cause of death among American women, but the death rate dropped when the Pap test came around.

And for that, you have Dr. George Papanicolaou (say it slowly, it helps) to thank.

So why are Pap smears so important? And who's the man behind Monday's Google Doodle?

Pap tests help doctors detect any abnormal cells in the cervix -- the lower part of the uterus -- and treat them, before they turn into cervical cancer. It can also help catch cervical cancer when it's still small and easy to cure, according to the American Cancer Society.

Don't stop getting tested. Cervical cancer tends to hit between the ages of 35 and 44, the American Cancer Society says, and more than 15% of cases are found in women over 65 years old. A 2012 study found that regular smear tests boosted the chances of cure for women from 66% to 92%.

The organization said Hispanic women are most likely to get cervical cancer in the US, followed by African American, Asian and Pacific Islander and white women.

Papanicolaou was an immigrant

The man behind the test, George Papanicolaou, emigrated from Greece to New York when he was 30 years old, in 1913.

He was from the Greek island of Euboea, according to the US National Library of Medicine . He decided to make the move in pursuit of better career opportunities. In New York, he worked as a rug salesman, violin player, and newspaper clerk before landing a position in New York University's Pathology Department and Cornell University Medical College's Anatomy Department, according to the library.

In 1928, he was promoted to an assistant professor at Cornell. He also became a US citizen that year.

About 15 years later, he published the book that outlined the simple procedure that has come to be known as the Pap test.

He died in 1962 of heart failure and had authored more than 150 publications, according to the Papanicolaou Society of Cytopathology.