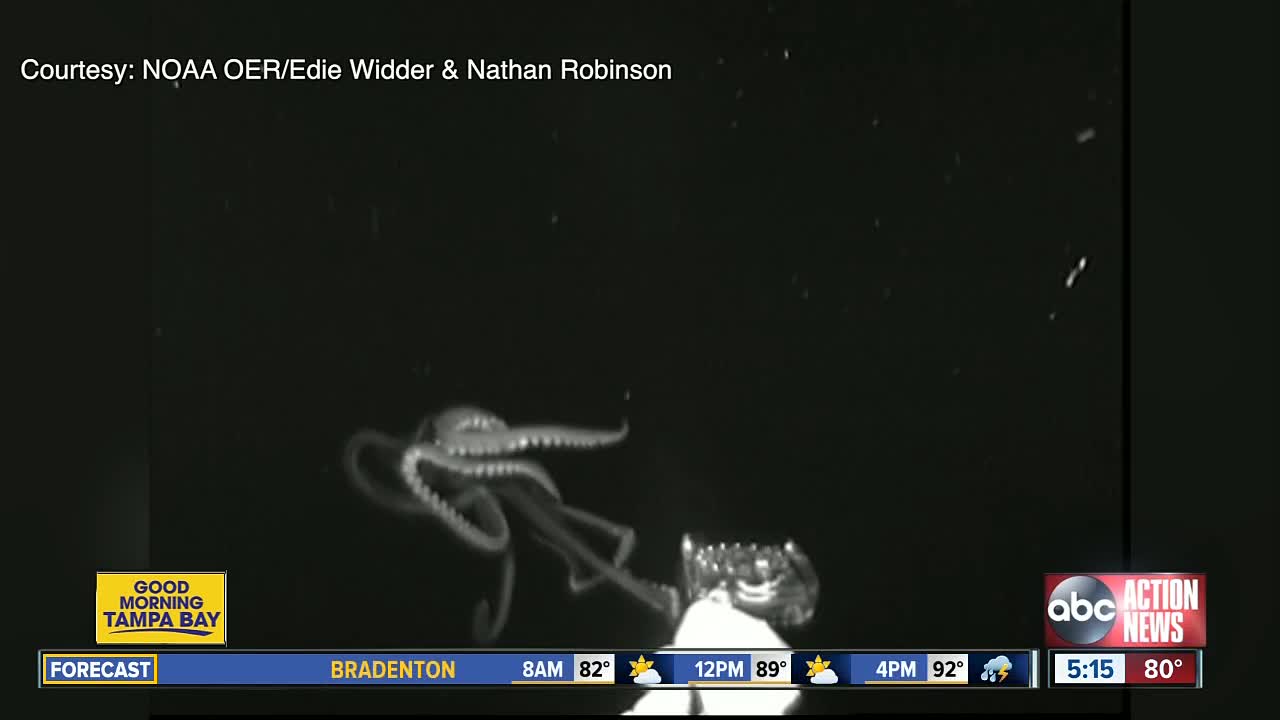 Dr. Heather Judkins is part of a history-making team that witnessed the first-ever live giant squid swimming in U.S. waters. 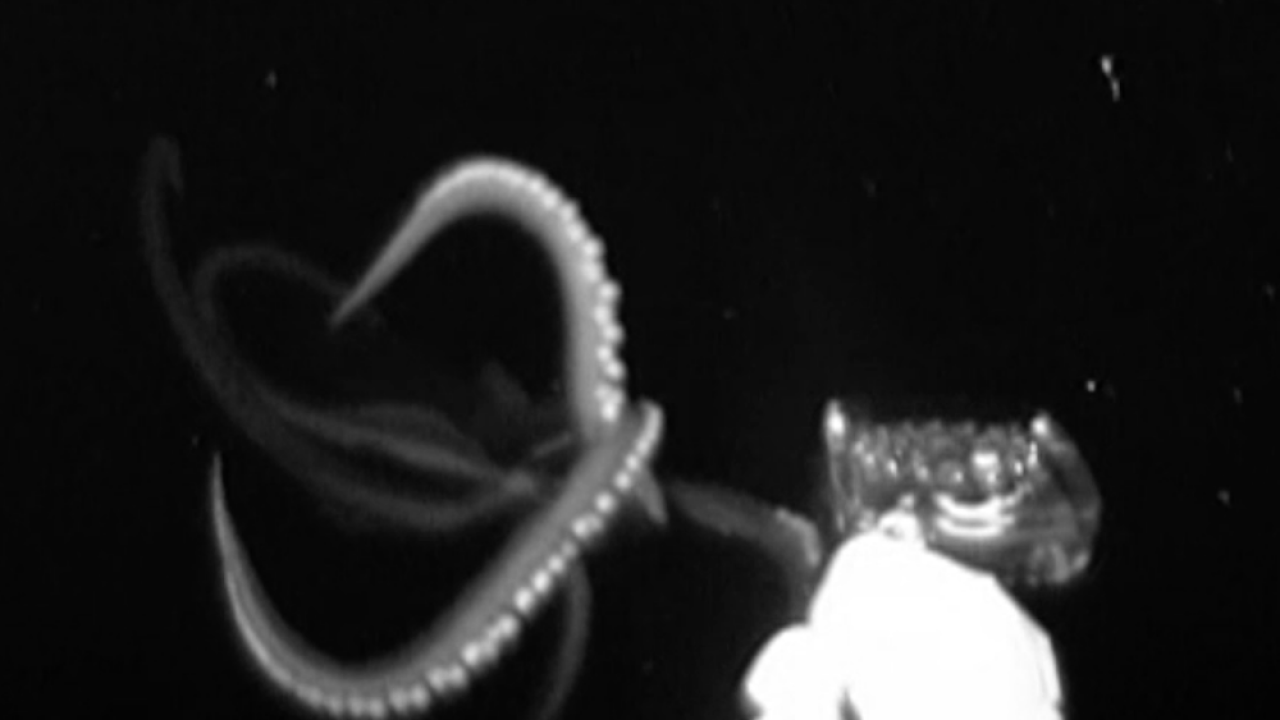 Aboard a NOAA research vessel, The USF St. Petersburg professor and a team of explorers sent a deepwater submersible camera named Medusa deep into the Gulf of Mexico.

The cephalopod expert was asleep when the camera captured video of a marine creature that had never been seen alive in U.S. waters.

Only a handful of scientists have seen the animal alive anywhere in the world.

"I was woken up from a nap," Judkins said. "There's a knock on the door. 'Heather! Heather!' I was thinking, 'if they're waking me up for a pod of dolphins, I might not be happy right now.'"

It wasn't dolphins some 750 meters below the surface.

The Medusa captured the last of the great sea monsters: the giant squid.

About a 10- to 12-foot-long giant squid was lured by a ring of pulsating lights on the submersible.

"We're looking at the footage," Judkins said. "Inside my head, I'm thinking, 'this is it.' But the skeptical scientist in me said let's rule everything else out."

Judkins was only 75 percent sure. So she called colleagues. They confirmed she had just made history — the first live giant squid seen in U.S. waters.

This story was originally published by Sean Daly on WFTS in Tampa, Florida.