Ford's attorneys ask FBI to call, after getting 'no response' from investigators 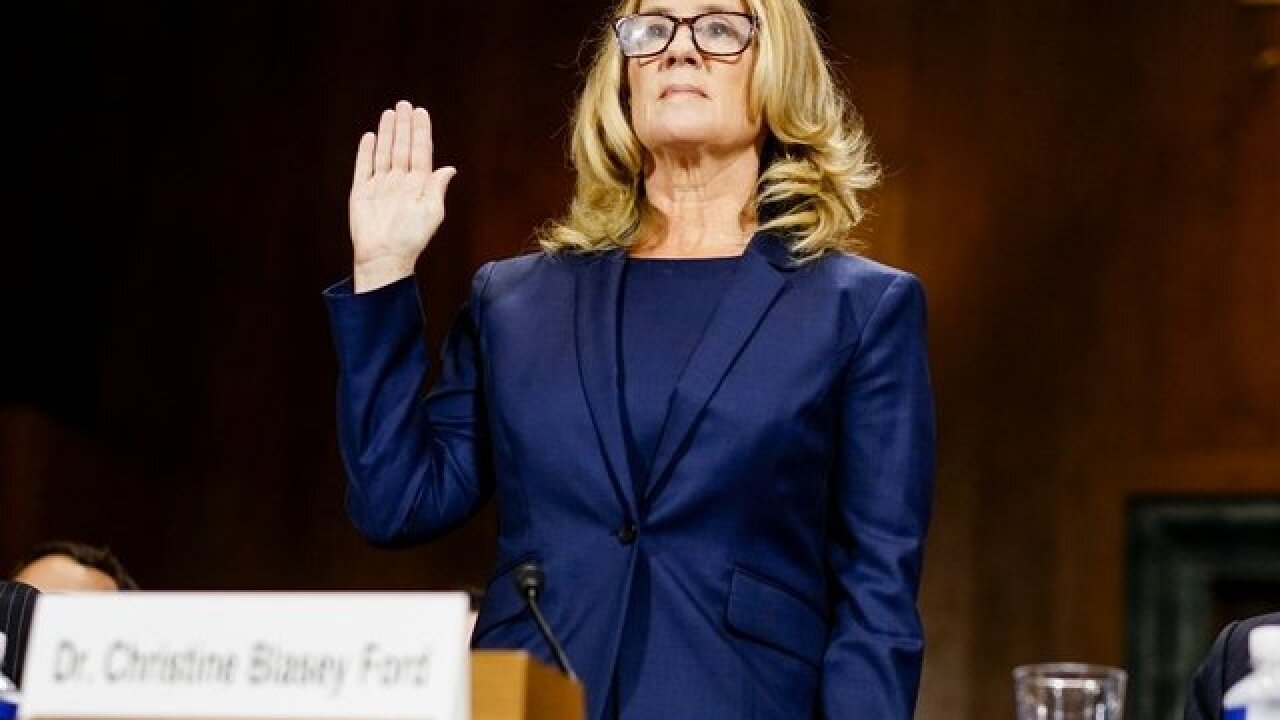 Christine Blasey Ford's attorneys sent a letter Tuesday to FBI Director Christopher Wray requesting a call, saying they "have received no response" from anyone involved in the supplemental background investigation of Supreme Court nominee Brett Kavanaugh.

The letter, addressed to Wray and and FBI general counsel Dana Boente and obtained by CNN, says Ford's attorneys have offered her "full cooperation, including her willingness to be interviewed by FBI agents," but have received no response.

Ford has accused Kavanaugh of physically and sexually assaulting her at a party while they were in high school. He vehemently denies the allegation.

The letter notes it has been five days since the Senate Judiciary Committee and the White House announced that the FBI had been directed to conduct the supplemental investigation, following Kavanaugh's and Ford's testimony before the committee Thursday about her allegation.

"We also sent you a series of emails and letters," the letter reads, "in which we identified witnesses and evidence that would likely assist the FBI in its investigation into Mr. Kavanaugh's sexual assault of Dr. Ford and asked you to forward them to the supervisory agent."

"Despite these efforts, we have received no response from anyone involved in this investigation, and no response to our offer for Dr. Ford to be interviewed," the letter says.

Whether Ford -- or Kavanaugh -- would be interviewed as part of the inquiry has remained an open question. The senators who spearheaded the FBI's renewed look at the nominee's background remained in consultation with the White House over the scope of the probe, which was focused on the allegations of Ford and a second woman, Deborah Ramirez.

Those senators, in consultations with the White House, have urged that the FBI be allowed to follow leads, but sources say they did not stipulate that Ford or Kavanaugh be interviewed. Those sources suggested the extensive public testimony by both could be deemed sufficient.

On Tuesday, the letter continues, Ford's attorneys learned of media reports that the FBI does not intend to interview her or Kavanaugh. "We hope that this reporting is inaccurate," it says.

"It is inconceivable that the FBI could conduct a thorough investigation of Dr. Ford's allegations without interviewing her, Judge Kavanaugh, or the witnesses we have identified in our letters to you," Ford's attorneys wrote in the letter.

"We request a call with you or the Supervisory Special Agent in charge of this investigation this afternoon," the attorneys wrote.