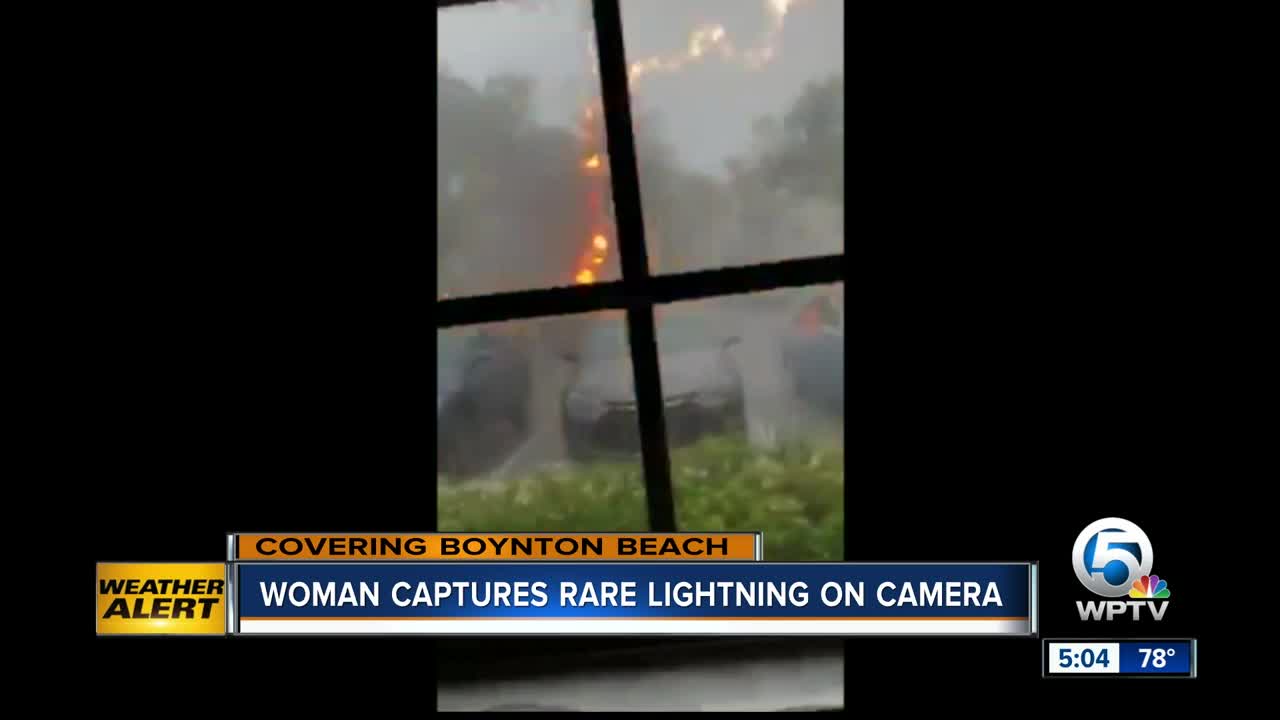 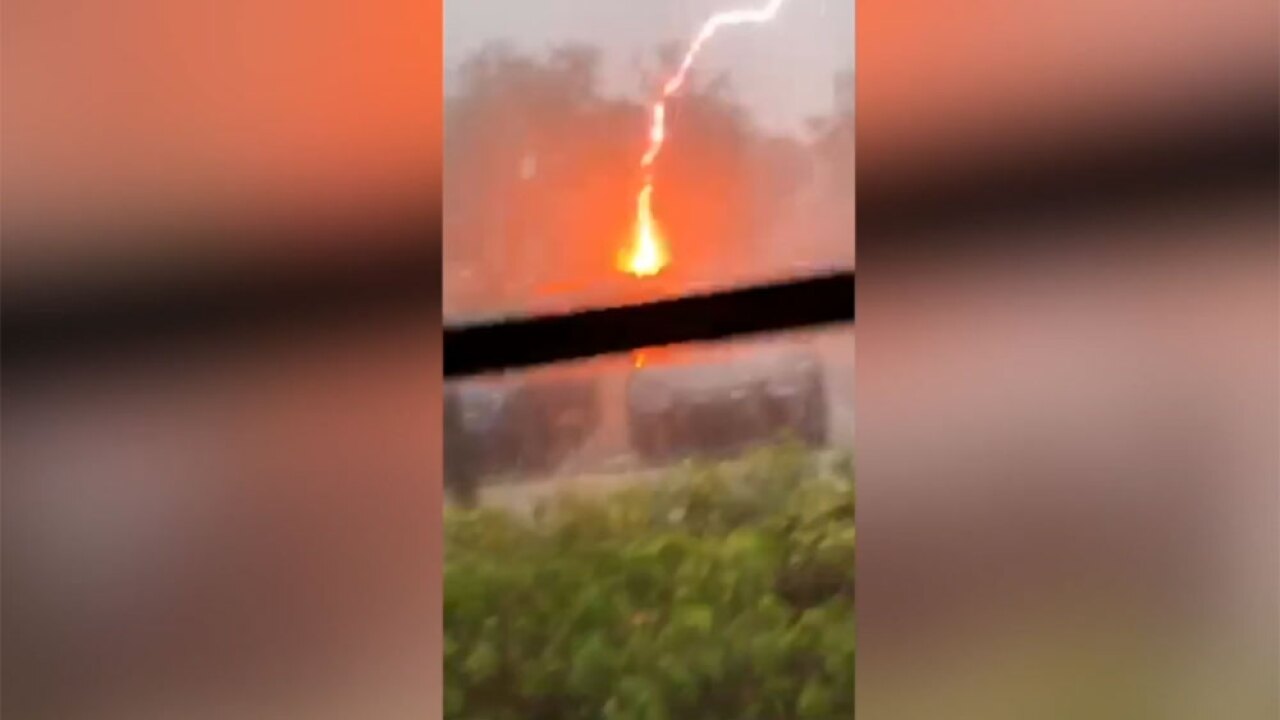 “I just kind of jumped back and was like 'oh my gosh,' ” Erica Hite said.

Hite was just wanting to show her family the rain outside her home when she instead captured something much more intense.

“My parents wanted me to go to dinner and it was raining really bad outside and I guess they didn’t believe me because it had stopped raining in Boca and I was going to take a video that it was still raining outside,” said Hite.

Luckily no one was hurt. However, it did leave some damage.

At 81 years old, Lindenbaum describes it as the loudest thing he’s ever heard.

“As soon as it hit, I knew it was so close, my cat was on my lap and the next thing I know she was in my closet disappeared we didn’t see her for hours,” said Lindenbaum.

As for the video that’s now gone viral, it serves as a good reminder to stay safe.

“A good lesson when it’s storming out and you have thunderstorm warnings to take it seriously,” said Hite.