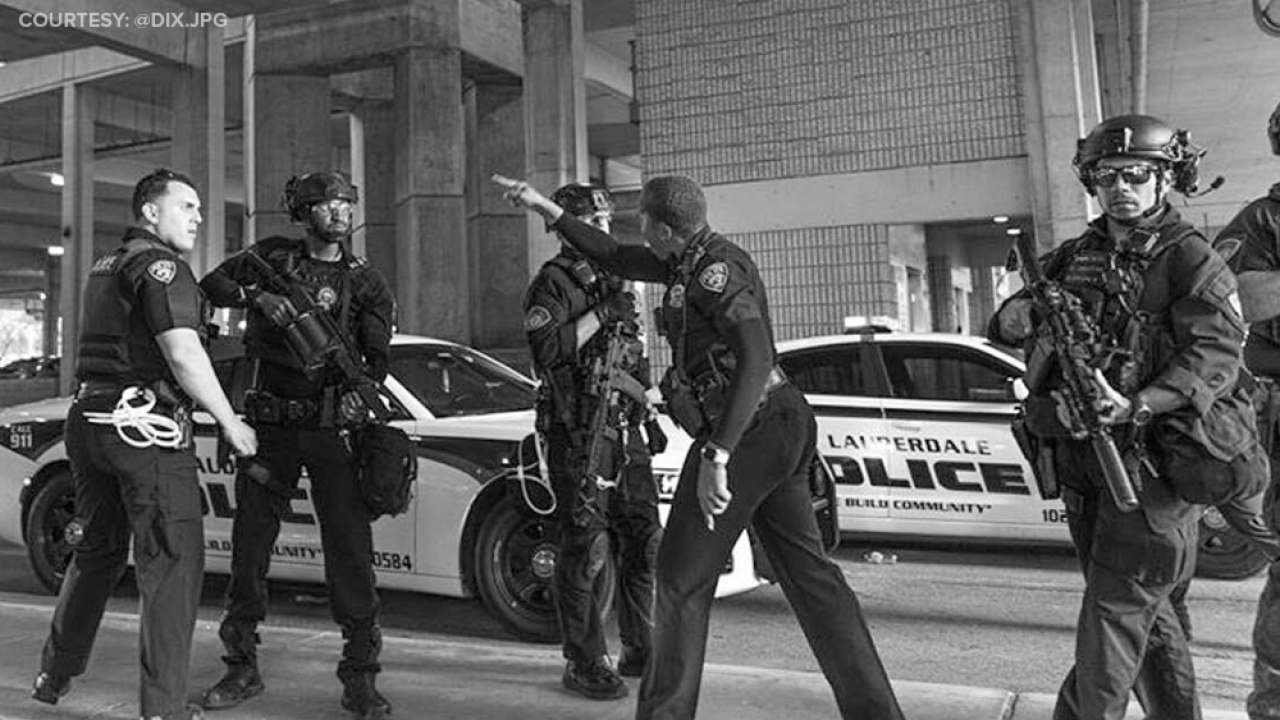 MIAMI (AP) — A Fort Lauderdale, Florida, police officer was suspended after video showed he pushed a kneeling woman to the ground during Sunday protests.

Video showed Officer Steven Pohorence walking towards the crowd, who were protesting the killings of black people by police days after the murder of 46-year-old George Floyd, before pushing the woman who was kneeling on the ground with her hands up.

Immediately after pushing the woman, the officer's colleagues quickly pushed him away and down the street. In the video, protesters could be heard thanking his colleague for saving the protester.

Mayor Dean Trantalis told reporters the officer has been suspended pending an investigation.

Police Chief Rick Maglione said Monday that Officer Pohorence was one of several officers who had come to the assistance of a colleague, who had been surrounded by demonstrators and felt endangered.

He said some of the demonstrators began jumping on a patrol car and that officer had to also be rescued. He said that as the officers were removing the endangered officers, Poherence pushed the woman to the ground.

This article was originally published by WFTS , with information provided by the Associated Press.

Copyright 2020 Scripps Media, Inc. The Associated Press contributed to this report. All rights reserved. This material may not be published, broadcast, rewritten, or redistributed.