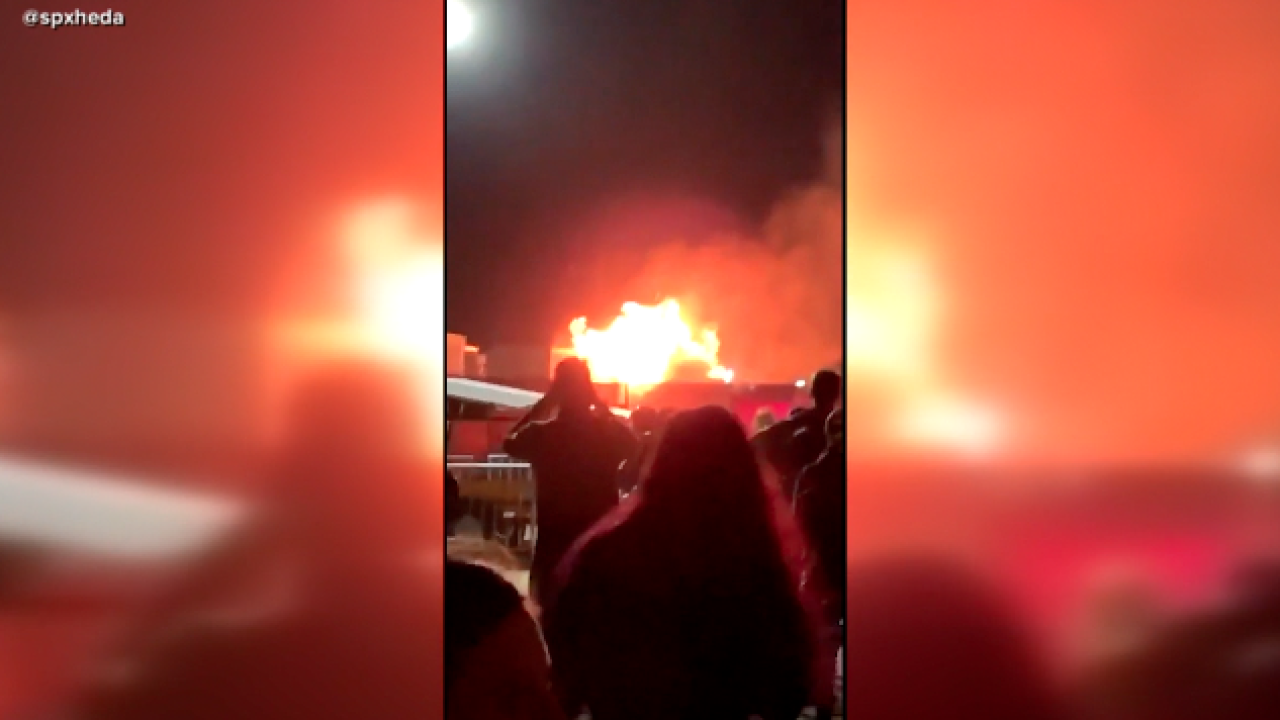 LOS ANGELES — A fire ripped through a mobile shower unit at the Coachella Valley Music and Arts Festival early Saturday.

Cal Fire Riverside reported the fire at about 2 a.m. near the center of Empire Polo Grounds in Indio, Calif.

The fire ripped through two trailers, destroying one and damaging another, before crews knocked down the flames at about 2:30 a.m., according to Cal Fire.

No firefighters or civilians were injured. The cause of the fire was not immediately clear.

Video posted to Twitter by festival goers shows campground officials directing people away from the fire as crews tackled the flames. Many related the incident to the Fyre Festival, the failed music festival that has been the subject of Netflix and Hulu documentaries.

“everybody out of the showers now!” - someone in their towel running out pic.twitter.com/WPPUHjXgxe

The fire comes during the festival's first weekend.

The incident comes nearly a week after a San Diego father died after he fell during the setup of a stage.