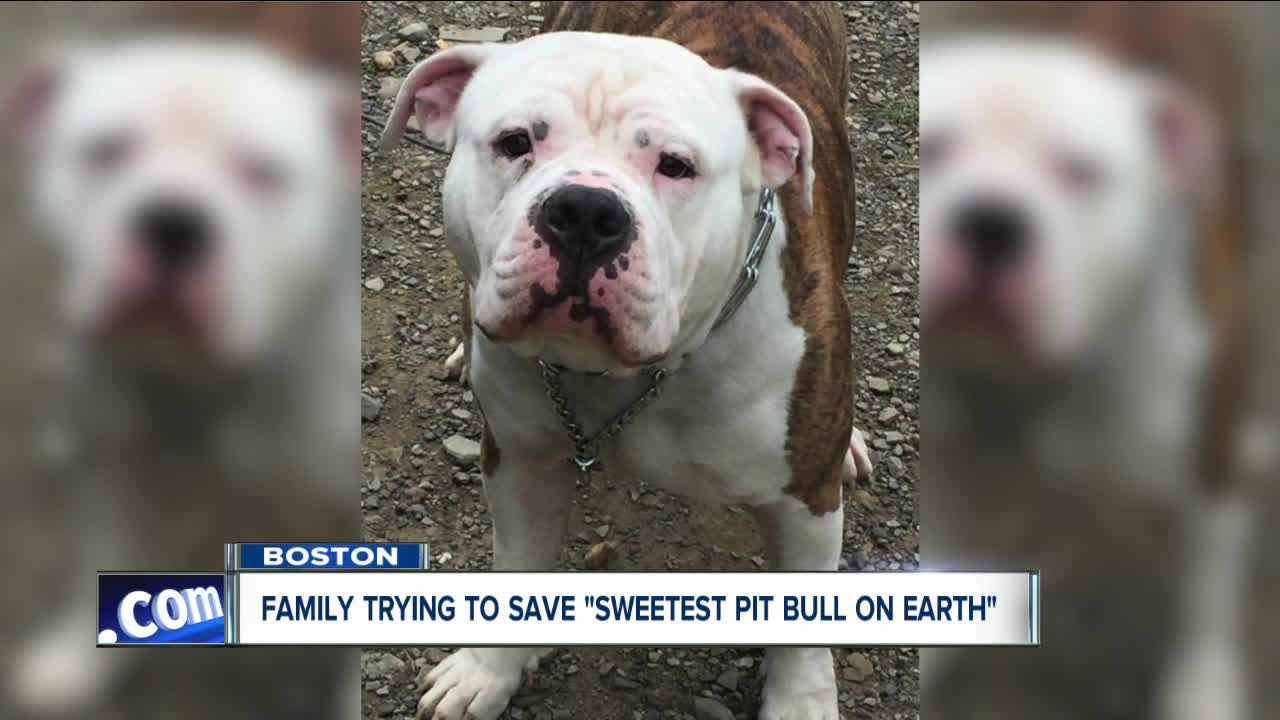 Dangerous dog or family defender? The fate of a 4-year-old put bull hangs in the balance

Family members, friends and even strangers are coming to this dog's defense after a run-in that left a postal worker injured in Upstate New York.

He's been away from home for more than a month.

"My mail carrier came up to my house while my dog was barking. She came into his space and he bit her," said Wilk.

Wilk says they found traces of blood and the package left right outside the house.

"I don't know what she was thinking to approach my dog on his leash," said Wilk.

"We feel horrible that it happened. We are just looking for justice, we want Chunk treated like any other dog," said Maggie Wallum, Wilk's mother-in-law.

After the attack, the police got involved and sent animal control and an animal behavior specialist to the home.

"She loved him. She was giving us pointers, she was like maybe he needs more training and I was like 'fine, I'm totally up for that," said Wilk.

But in this paperwork sent back to the family, the specialist recommended Chunk be put down.

"Therefore, it is with great sadness that I recommend that Chunk be euthanized. The only way to guarantee that Chunk will be unable to harm society and family members is to have him euthanized. Chunk cannot make a decision for doing good vs. evil; that is a human construct. Chunk has not earned the death penalty because he chose to aggress. He did not know he was choosing evil. However, Chunk is a dangerous dog and society and minor children of this family need to be protected."

"I couldn't believe it. I'm like wait, what? Now you guys just want to kill my dog?" said Wilk.

The family has launched an Change.org petition to have Chunk's life saved, which has gathered thousands of signatures.

Scripps affiliate WKBW reached out to the mail carrier several times. She did not return their calls. The animal control officer declined an interview because this case is ongoing.

The postal service says more than 5,000 letter carriers were attacked by dogs last year alone. Including 339 in New York State, the third most in the country.

Chunk's family will be at a court hearing Tuesday, October 22, where a judge will decide whether the dog can return home or be euthanized.

This article was originally written by Taylor Epps for WKBW .