Family Circle magazine to shut down after December issue 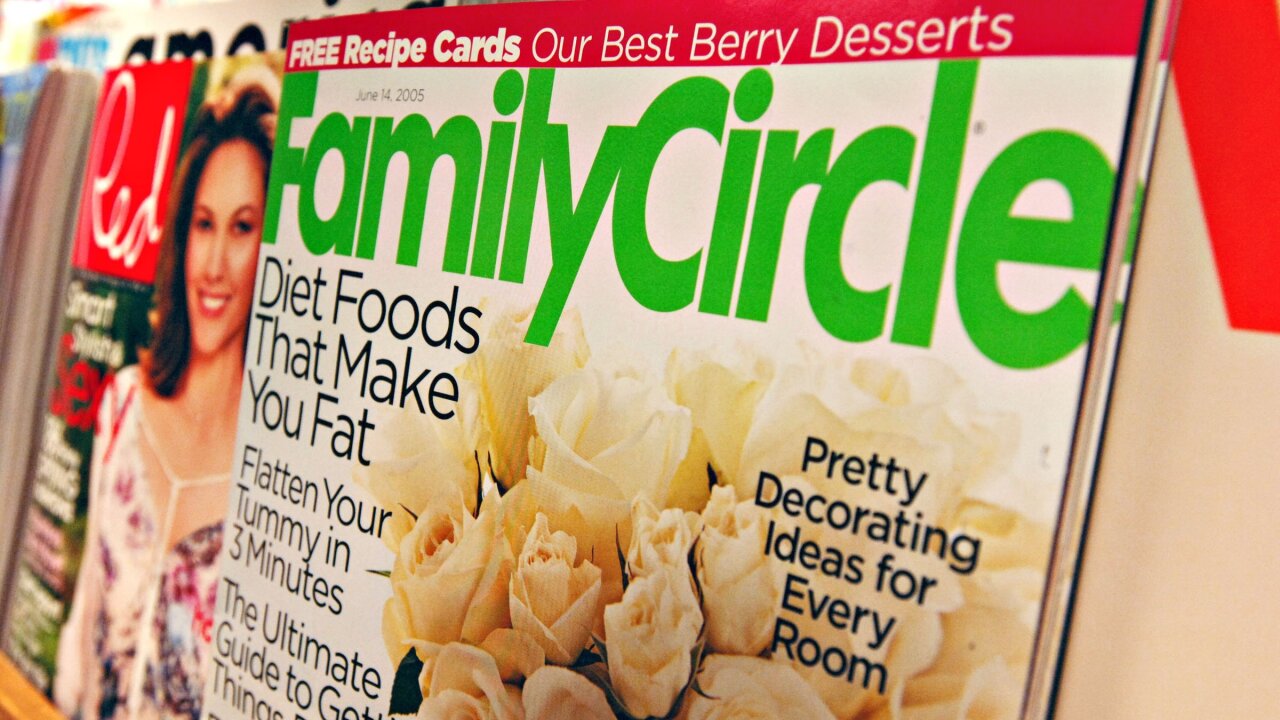 Family Circle, the monthly home magazine for women that launched in 1932, will close after its December issue publishes.

Parent company Meredith acquired Family Circle from publisher Gruner + Jahr USA in 2005. The magazine has 13 million readers and more than 1 million followers on social media, according to Meredith's site . The company said the magazine has a circulation of 4 million.

Meredith spokesperson Art Slusark told CNN Business that about 70 employees out of Meredith's 6,000 employees were laid off on Wednesday, including about 25 staffers from Family Circle.

Some of the leadership at Family Circle will take on new roles at other Meredith-owned brands. Slusark said that Meredith plans to add more than 200 jobs in digital, video, consumer marketing and e-commerce as part of the $50 million strategic investments the company announced at its earnings call last month.

This move to shut down Family Circle is among a slew of recent changes Meredith has made to its portfolio of magazine brands after acquiring Time Inc. in 2018. Meredith sold off some of its acquisitions from Time Inc., including Time , Fortune and Sports Illustrated , but has kept women-focused brands like Real Simple, Martha Stewart Living and Southern Living. Earlier this week, Meredith announced it will launch a new lifestyle magazine with the identical twin TV hosts Drew and Jonathan Scott of HGTV series "Property Brothers" in January 2020.

Meredith now claims to reach about 90% of U.S. millennial women. But despite its intended audience fitting into that category, Family Circle is closing.

"When we acquired the Time Inc. portfolio of media brands in January 2018, we doubled our presence in the women's lifestyle category. Our portfolio philosophy continues to emphasize investing in brands that are market leaders and/or possess the highest growth potential. Sometimes, that means making hard decisions," Doug Olson, president of Meredith Magazines, said in a statement.