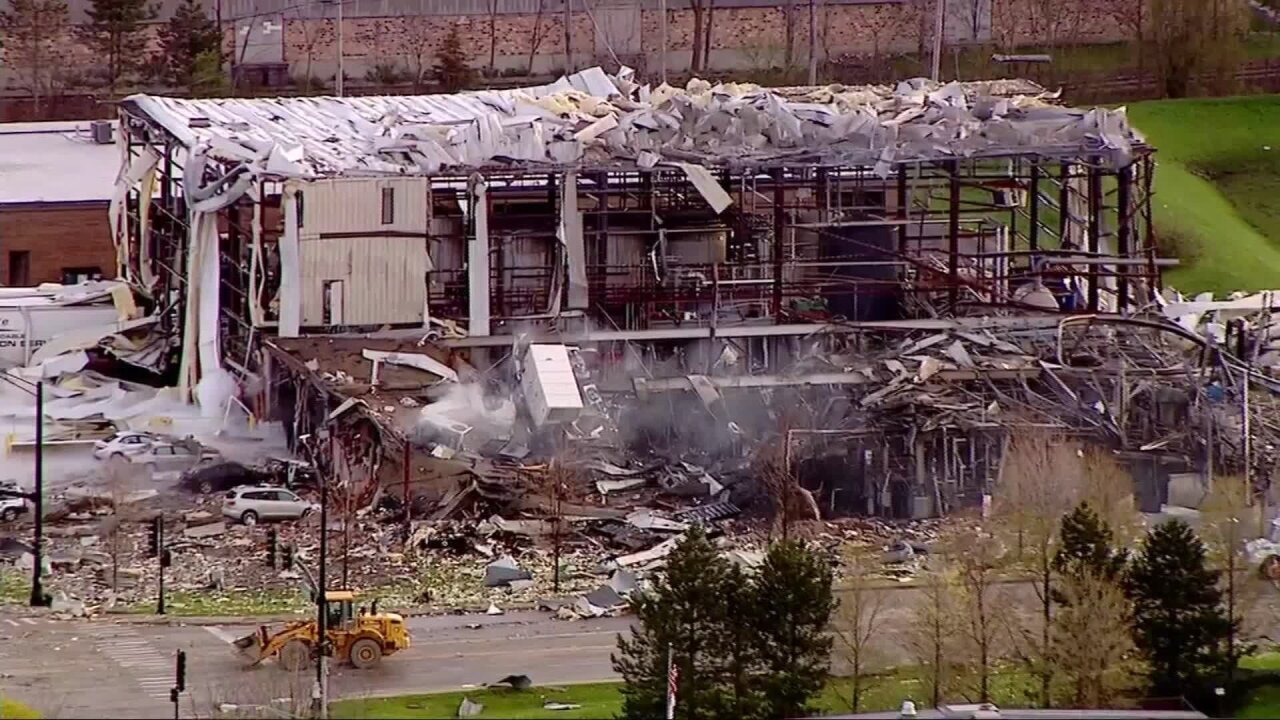 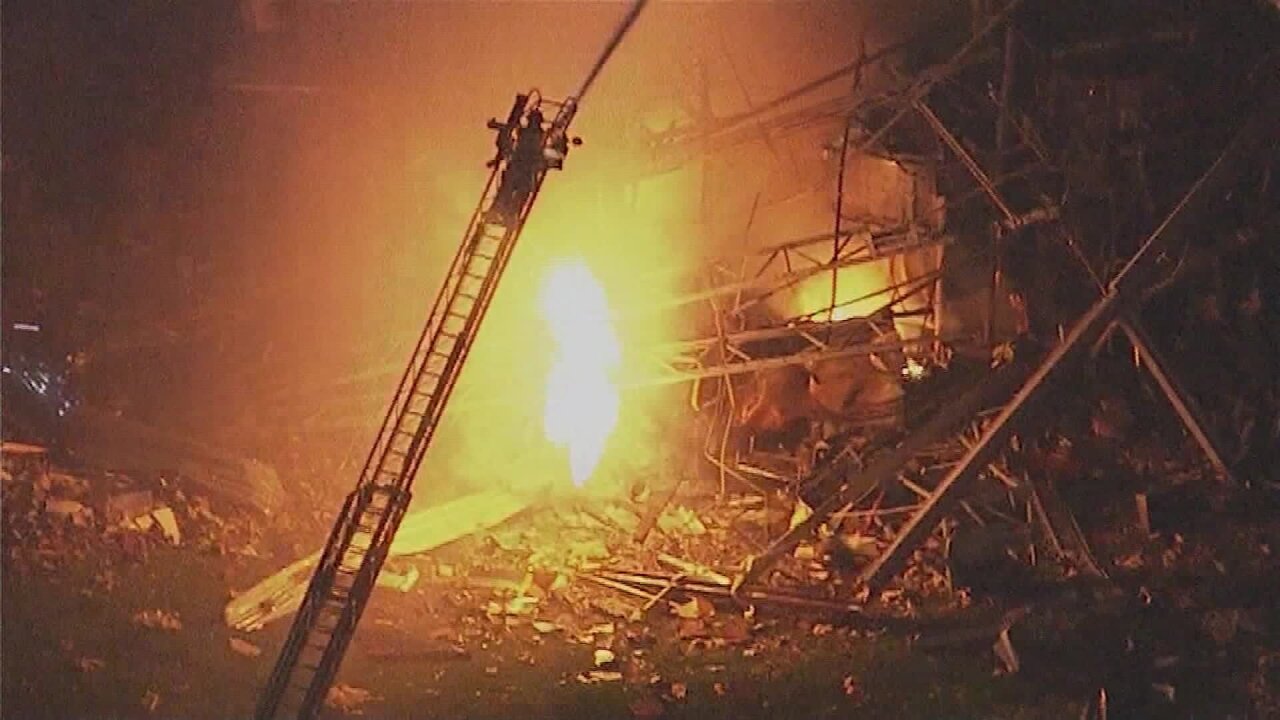 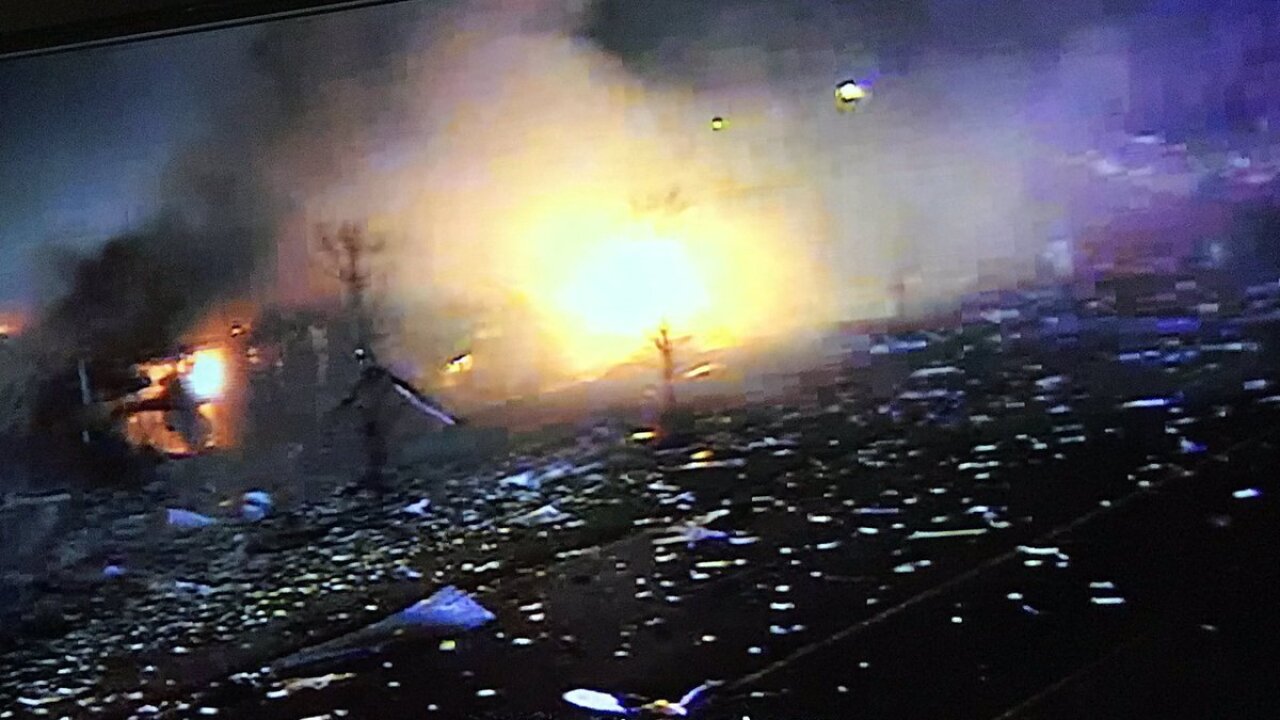 The explosion happened at AB Specialty Silicones in Waukegan, about 40 miles north of Chicago, police said. The company describes itself as a manufacturer of specialty silicone chemicals.

The "catastrophic explosion" hit around 9:30 p.m. Friday, said Cmdr. Joe Florip, a Waukegan police spokesman. The plant was open at the time of the explosion, he said.

One person was found dead at the scene Saturday, Waukegan Fire Marshal Steven Lenzi said. But authorities weren't able to continue any further recovery efforts until they brought in equipment to dismantle the "heavy unsafe structural remains."

The search for the two people who remain missing has been suspended and will resume at 9 a.m. local time tomorrow, Lenzi said.

He said everyone affected was an employee working at the time. Four were taken to area hospitals with moderate to serious injuries, officials said. Two others were seen but requested no treatment.

Lenzi said later Saturday one of the victims transported to a hospital from the scene succumbed to their injures and died.

The fire has been extinguished, and hazardous materials technicians and other teams were on the scene Saturday, Lenzi said. No cause for the explosion has been determined yet. The state fire marshal and the Occupational Safety and Health Administration (OSHA) will assist with an investigation, he said.

Florip said he would "categorize this as a massive explosion."

"Many neighboring properties are going to have damage," he said.

Damage is estimated at more than $1 million, Lenzi said. The blast affected at least five other nearby buildings.

After the explosion, the Lake County Sheriff's Office said on Twitter it was aware of "a very loud explosion sound" and "ground shaking."

Authorities later said they had no concern about air quality or a need to shelter in place.

"The Illinois EPA assisted with air quality monitoring and water runoff monitoring and the Waukegan Fire Department was not made aware of any public health concerns from this incident," Lenzi said.

Lenzi recalled one "fire instance" there over the past 10 years. The plant has been "very responsive" and was "safety cautious after the incident from the previous fire," he said. "We have had no instances as far as code violations or anything like that with the plant."