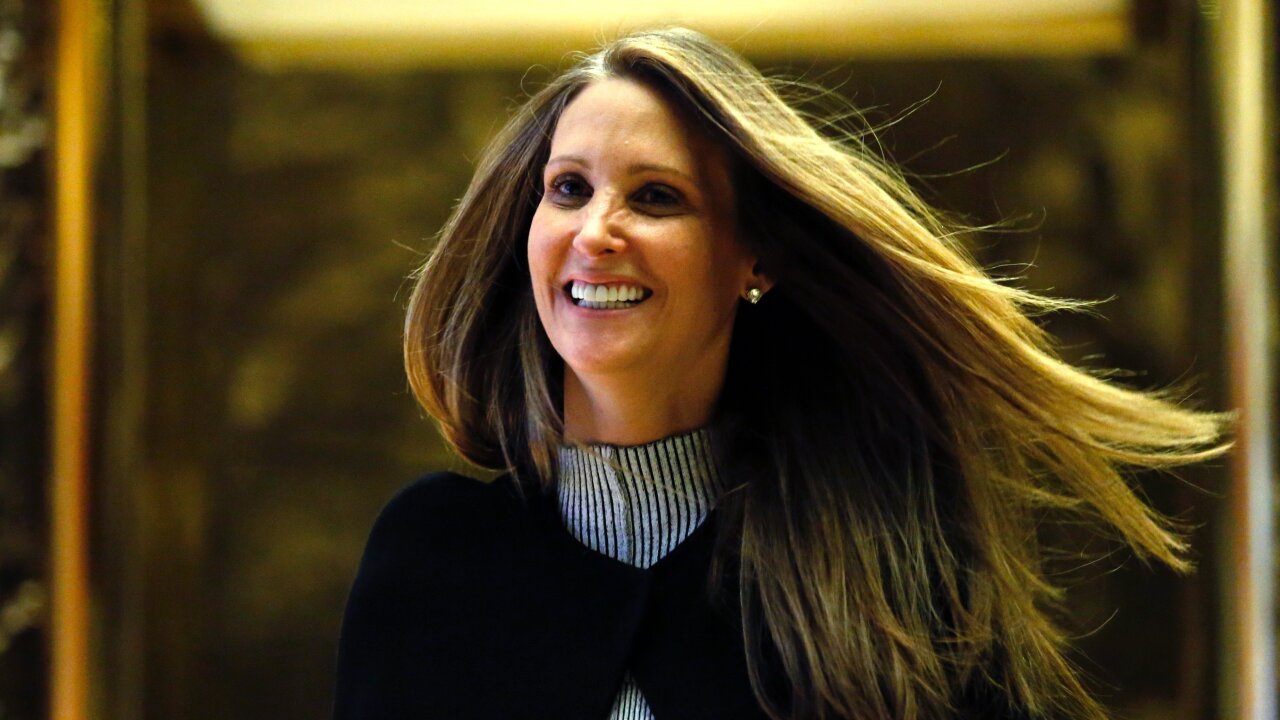 Tension about President Donald Trump's inaugural celebration has flared up old wounds between one of Melania Trump's former advisers and a member of her current staff.

Stephanie Winston Wolkoff, a former senior adviser to the first lady and longtime personal friend who was involved in the planning of the inauguration, is disputing the White House's account of her 2018 departure, The New York Times reported Monday.

She objects to suggestions by White House officials that she was forced out of the East Wing job she held after Trump took office because she profited excessively from Trump's inaugural events, the Times reports.

The firm she founded was paid close to $26 million to plan events around Trump's first inauguration, the Times first reported and CNN later confirmed.

"Was I fired? No," Wolkoff told the Times in a statement published on Monday. "Did I personally receive $26 million or $1.6 million? No. Was I thrown under the bus? Yes."

In particular, Wolkoff takes issue with the way she was dismissed from her White House role versus what she says is the way the first lady's office, specifically Trump's spokeswoman, Stephanie Grisham, gave reporters a "misleading statement about these events" at the time, according to the Times.

Grisham "said that because she had been 'inundated' with questions following press reports" about the inaugural committee, "a decision was made to state publicly that I had been 'severed.' That was not fair or accurate," Wolkoff told the Times.

Wolkoff said Grisham had "informed me that she had consulted with others within the White House and it was decided that 'this messaging is the best way to go in order to minimize the negative press stories of today and protect'" the first lady and the administration.

In an email to the New York Times, Grisham said: "The White House ended Mrs. Wolkoff's contract, period. I'm not going to waste my time arguing the semantics of what the word 'severed' means simply because someone decided to run to the media with hurt feelings and a bruised ego. As stated more than a year ago, I wish Mrs. Wolkoff well."

CNN has reached out to both Wolkoff and Grisham for comment on the Times story.

After news broke about the money received by Wolkoff's firm, senior administration officials privately said she had been ousted because Trump and the first lady were angry about the spending, according to the Times, and because people found her difficult to work with.

Wolkoff told the Times this was not the reason for her ouster, and that her leaving the White House was not related to her work on the inauguration. She was told by a member of the White House counsel's team that her services with the White House were ending due to the overall cancellation of contracts with unpaid advisers. The conversation took place in February 2018, around the same time questions were being raised about the status of various White House staffers and security clearances.

Wolkoff faces more scrutiny now as she continues to deal with fallout from her participation in the Trump inaugural planning. Her lawyer recently told inaugural committee officials she has been cooperating with federal prosecutors who are investigating the committee, the Times reports.

She told the Times she could not discuss the inaugural spending because she signed a non-disclosure agreement. If the committee "were to release me from this obligation, I would be able to speak freely without the fear of legal or financial repercussions," Wolkoff told the Times. "Otherwise, I am regrettably unable to provide any substantive comment."

Wolkoff personally received about $500,000, according to documents reviewed by the Times.

Tax documents first reported by the Times and later obtained by CNN indicate nearly $51 million of the $107 million the inauguration committee raised went to two companies planning the festivities. WIS Media Partners, a company based in Marina Del Rey, California, and founded by Wolkoff, received $25,843,509 for "event production services."

Wolkoff, a longtime personal friend of Melania Trump's during her years in New York City, was one of Trump's earliest advisers. The two women had known each other for many years, since Wolkoff was a crucial part of Vogue magazine's events team.

Prior to her White House experience, Wolkoff worked at Vogue for 11 years, departing in 2010 with the title of director of special events. One of her most important events during her tenure was assisting with the Met Gala, a celebrity-driven fashion event with a massive red carpet and hundreds guests, most of whom paid for tables to attend the fabled dinner. Wolkoff's main role was helping with the sale of those tables and working with the doyennes of New York society and global fashion to build the profile of the evening.

Wolkoff was the first hire Trump made when she became first lady, announcing Wolkoff would be a senior adviser, unpaid and based primarily in New York City. The role, while broad, initially included helping Trump with messaging and strategy, as well as working with her on speeches and events. As the first -- and for a time, only -- member of the first lady's staff, Wolkoff assumed a number of responsibilities, including handling communications with the media.

Eventually, Trump brought on a dedicated spokeswoman. In March 2017, three months after Wolkoff was hired, Stephanie Grisham was made Trump's communications director. Grisham, previously a member of President Trump's campaign communications team and a deputy press secretary in the West Wing, had experience handling communications in the Trump orbit; she was also well-liked among reporters, having earned a reputation as friendly but no-nonsense among the press she worked with.

"Stephanie is a wonderful addition to the team," the first lady said in a statement when Grisham was brought on board. "She brings a wealth of experience and expertise to the job, and will be an incredible asset to my office as we build out our agenda, preserve our country's rich traditions and serve the American people."

Wolkoff's style and Grisham's were dissimilar, however, which became clear shortly after both joined Trump's team. Wolkoff's methods, as well as her lengthy off-the-record discussions with reporters on a variety of topics, clashed with Grisham's succinct, need-to-know strategy. Additionally, Grisham was in Washington, working from the White House on a daily basis, forming with Trump and her nascent staff a strategy to outline the first lady's agenda. Wolkoff, meanwhile, remained mostly in New York City.

When Wolkoff departed the White House, Melania Trump wrote her a letter which the Times reviewed, in which she said the decision was "not personal" and was made on a "professional level by White House counsel."