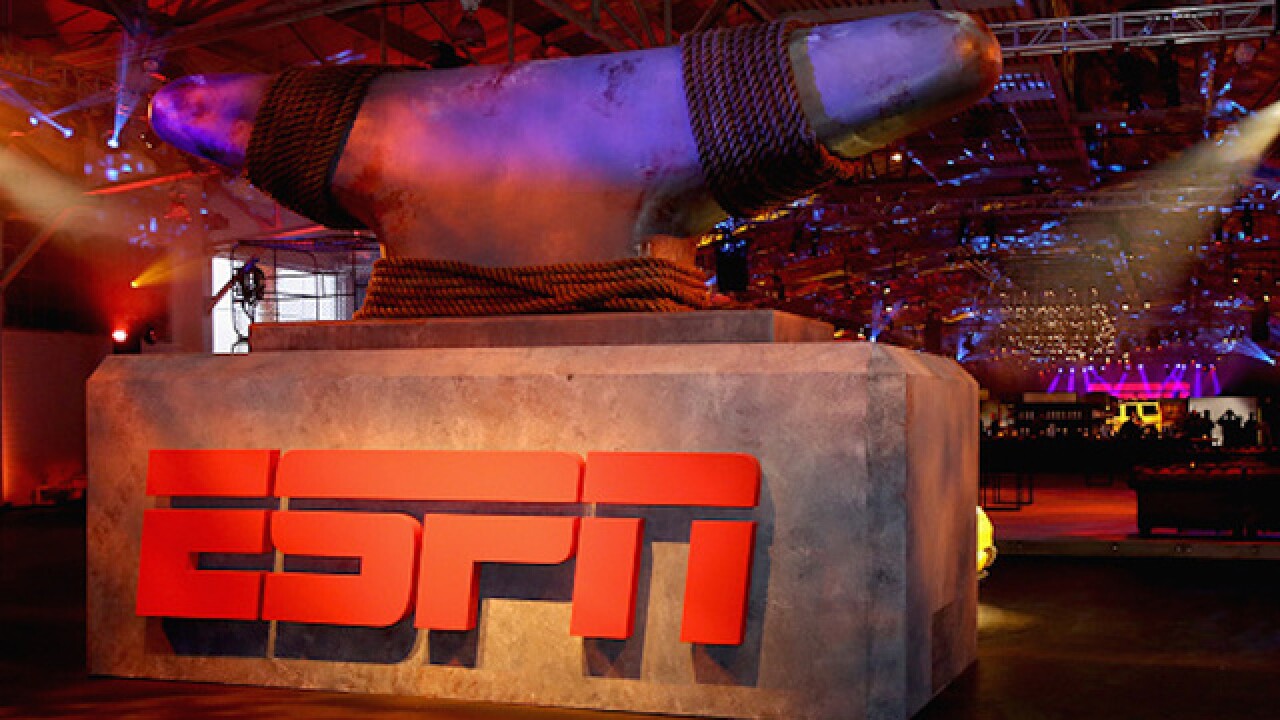 ESPN apologized on Tuesday for a fantasy football segment of an auction draft where black players were sold to mostly white male bidders.

"Auction drafts are a common part of fantasy football, and ESPN's segments replicated an auction draft with a diverse slate of top professional football players," the network statement said.

"Without that context, we understand the optics could be portrayed as offensive, and we apologize."

On social media, reaction to the segment that was part of the 28-hour fantasy marathon was mixed, with many comparing the outdoor scene to a modern-day slave auction.

New York journalist Shaun King tweeted video of the auction with the message, "Apologize now for doing a sketch where you auctioned a black man off to the highest bidder."

Other questioned the timing of the segment, which came days after Saturday's bloody white nationalist rally in Charlottesville, Virginia, ended with the death of counterprotester Heather Heyer.

The tweet included video of a segment in which the auctioneer says, "Next on the auction block, we have Odell Beckham Jr."

The fast-paced pitch ends with the sale of the New York Giants wide receiver, who is black, for $34 to a white man the auctioneer calls "Shiny Top."

Over the weekend, white nationalists and other right-wing groups clashed with counterprotesters over the planned removal of a statue of Confederate Gen. Robert E. Lee from a city park.

Heyer, 32, was killed when a car rammed into a crowd walking down a street. James Alex Fields Jr., a 20-year-old Ohio resident , was charged with second-degree murder in Heyer's death.

Others on social media noted that white NFL players were also part of the bidding.

"But it was replicating Fantasy Football auctions--whites up for bid. too. We appreciate you."

"The auction involved top players from throughout the NFL," the statement said.