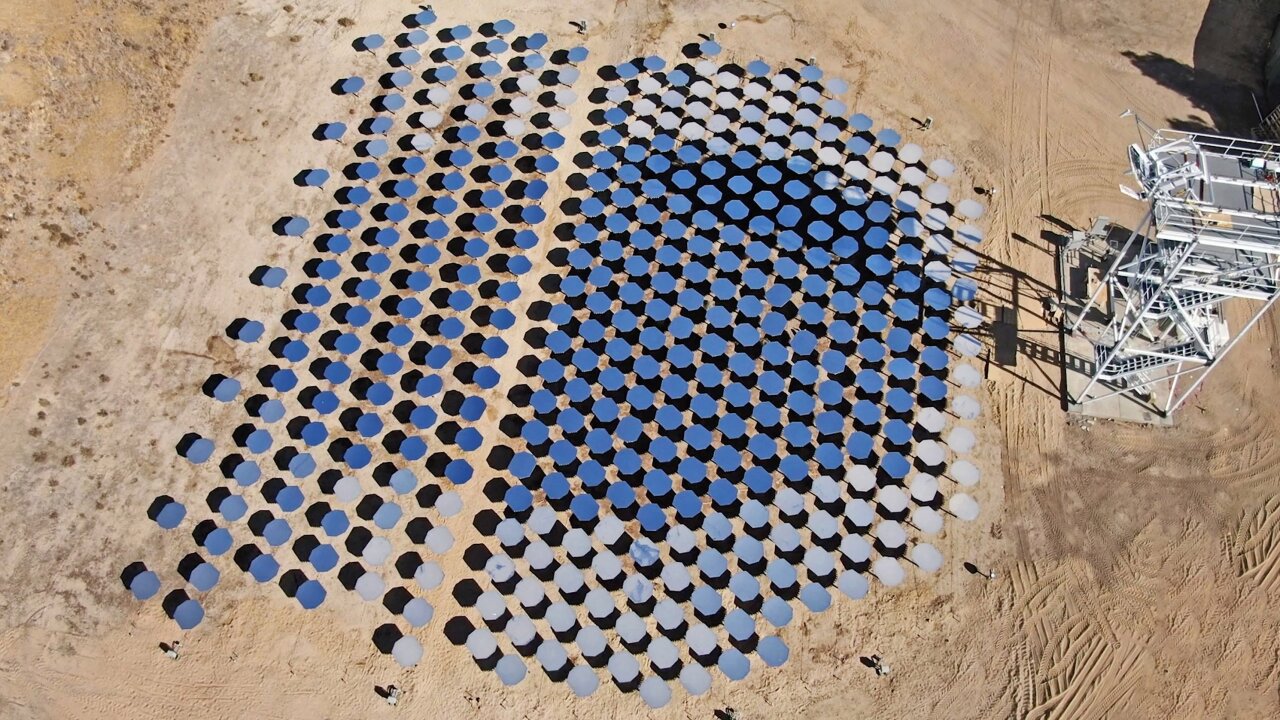 A secretive startup backed by Bill Gates has achieved a solar breakthrough aimed at saving the planet.

Heliogen, a clean energy company that emerged from stealth mode on Tuesday, said it has discovered a way to use artificial intelligence and a field of mirrors to reflect so much sunlight that it generates extreme heat above 1,000 degrees Celsius.

Essentially, Heliogen created a solar oven — one capable of reaching temperatures that are roughly a quarter of what you'd find on the surface of the sun.

The breakthrough means that, for the first time, concentrated solar energy can be used to create the extreme heat required to make cement, steel, glass and other industrial processes. In other words, carbon-free sunlight can replace fossil fuels in a heavy carbon-emitting corner of the economy that has been untouched by the clean energy revolution.

"We are rolling out technology that can beat the price of fossil fuels and also not make the CO2 emissions," Bill Gross, Heliogen's founder and CEO, told CNN Business. "And that's really the holy grail."

Heliogen, which is also backed by billionaire Los Angels Times owner Patrick Soon-Shiong, believes the patented technology will be able to dramatically reduce greenhouse gas emissions from industry. Cement, for example, accounts for 7% of global CO2 emissions, according to the International Energy Agency.

"Bill and the team have truly now harnessed the sun," Soon-Shiong, who also sits on the Heliogen board, told CNN Business. "The potential to humankind is enormous. ... The potential to business is unfathomable."

Unlike traditional solar power, which uses rooftop panels to capture the energy from the sun, Heliogen is improving on what's known as concentrated solar power . This technology, which uses mirrors to reflect the sun to a single point, is not new.

Concentrated solar has been used in the past to produce electricity and, in some limited fashion, to create heat for industry. It's even used in Oman to provide the power needed to drill for oil.

The problem is that in the past concentrated solar couldn't get temperatures hot enough to make cement and steel.

"You've ended up with technologies that can't really deliver super-heated systems," said Olav Junttila, a partner at Greentech Capital Advisors, a clean energy investment bank that has advised concentrated solar companies in the past.

That means renewable energy has not yet disrupted industrial processes such as cement and steelmaking. And that's a problem because the world has an insatiable appetite for those materials. Cement, for instance, is used to make the concrete required to build homes, hospitals and schools. These industries are responsible for more than a fifth of global emissions, according to the EPA.

"I'm pleased to have been an early backer of Bill Gross's novel solar concentration technology," Gates said in a statement. "Its capacity to achieve the high temperatures required for these processes is a promising development in the quest to one day replace fossil fuel."

While other concentrated solar companies attacked this temperature problem by adding steel to make the technology stiffer and sturdier, Heliogen and its team of scientists and engineers turned to artificial intelligence.

Heliogen uses computer vision software, automatic edge detection and other sophisticated technology to train a field of mirrors to reflect solar beams to one single spot.

"If you take a thousand mirrors and have them align exactly to a single point, you can achieve extremely, extremely high temperatures," Gross said, who added that Heliogen made its breakthrough on the first day it turned its plant on.

Heliogen said it is generating so much heat that its technology could eventually be used to create clean hydrogen at scale. That carbon-free hydrogen could then be turned into a fuel for trucks and airplanes.

"If you can make hydrogen that's green, that's a gamechanger," said Gross. "Long term, we want to be the green hydrogen company."

For now, Heliogen is squarely focused on solar. One problem with solar is that the sun doesn't always shine, yet industrial companies like cement makers have a constant need for heat. Heliogen said it would solve that issue by relying on storage systems that can hold the solar energy for rainy days.

Now that it has made this breakthrough, Heliogen will focus on demonstrating how the technology can be used in a large-scale application, such as making cement.

"We're in a race. We just want to scale as fast as possible," said Gross.

After the large-scale application, Soon-Shiong said Heliogen would likely be ready to go public.

In the meantime, Heliogen will require a healthy dose of capital to scale and it's working with investors on a private round of funding. Soon-Shiong signaled he plans to invest more in Heliogen. Heliogen declined to provide information on how much money it has raised so far.

"This is an existential issue for your children, for my children and our grandchildren," Soon-Shiong said.

Heliogen's biggest challenge will be convincing industrial companies using fossil fuels to make the investment required to switch over. Gross said the company has been talking to potential customers privately and plans to soon announce its first customers.

"If we go to a cement company and say we'll give you green heat, no CO2, but we'll also save you money, then it becomes a no-brainer," said Gross.

Its biggest selling point is the fact that, unlike fossil fuels like coal, oil and natural gas, sunlight is free. And Heliogen argues its technology is already economical against fossil fuels because of its reliance on AI.

"The only way to compete is to be extremely clever in how you use your materials. And by using software, we're able to do that," Gross said.