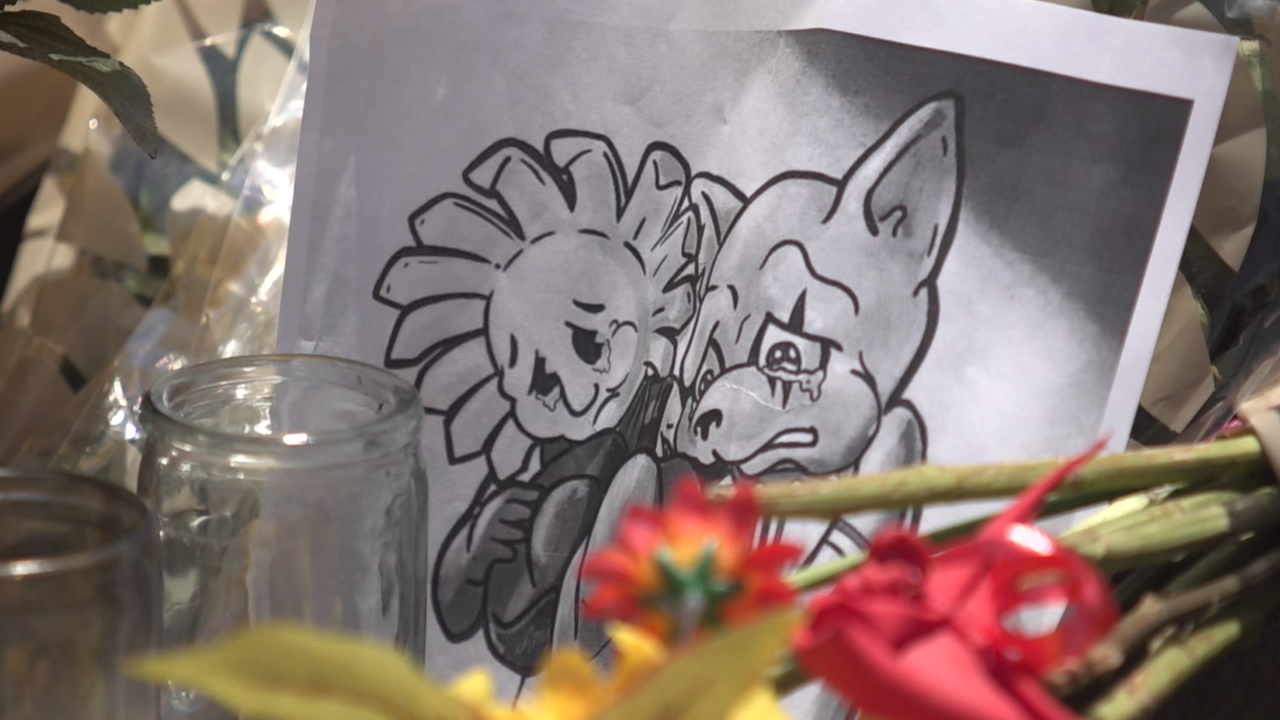 The city of El Paso, Texas is trying to find ways to heal following a mass shooting that killed 22 members of the close-knit community.

Everyone is looking for ways to help the grieving community. One aspiring political cartoonist is evening putting politics aside and is doing his part to bring the community together.

“It’s just so sad to see something so tragic happen in our city,” says Michael Nunez, an artist from El Paso.

Nunez is using his grief to create what he knows best.

“It’s not so much that I don’t have emotion,” he says. “It’s that it’s contained, and it has to come out some way and it always out in art.”

“Once I knew everyone was OK that I knew, immediate family, I just started drawing,” he says. “The first thing that came to my head was the amigo man crying, but then it grew into two other people the mascots.”

He says the artwork represents the El Paso people.

“It shows the community coming together, not just one mascot but multiple mascots,” he explains.

For Nunez, this cartoon isn’t about politics.

“It was emotional. It was a sentiment. It was a concept that I felt captures what we were feeling as a community, coming together and mourning,” he says.

Nunez believes healing can be drawn from art.

“As a community, everybody gravitates towards it because it’s exactly what they’re feeling,” he says. “They can relate to it.”

Art has no borders, and Nunez hopes it can start to draw a bridge to a different discussion.

“Hatred like that is ignorant,” he says. “The way to correct that is to open our eyes.”

Nunez plans to sell his art for t-shirts and plans to donate all the funds to the families affected by this tragedy.