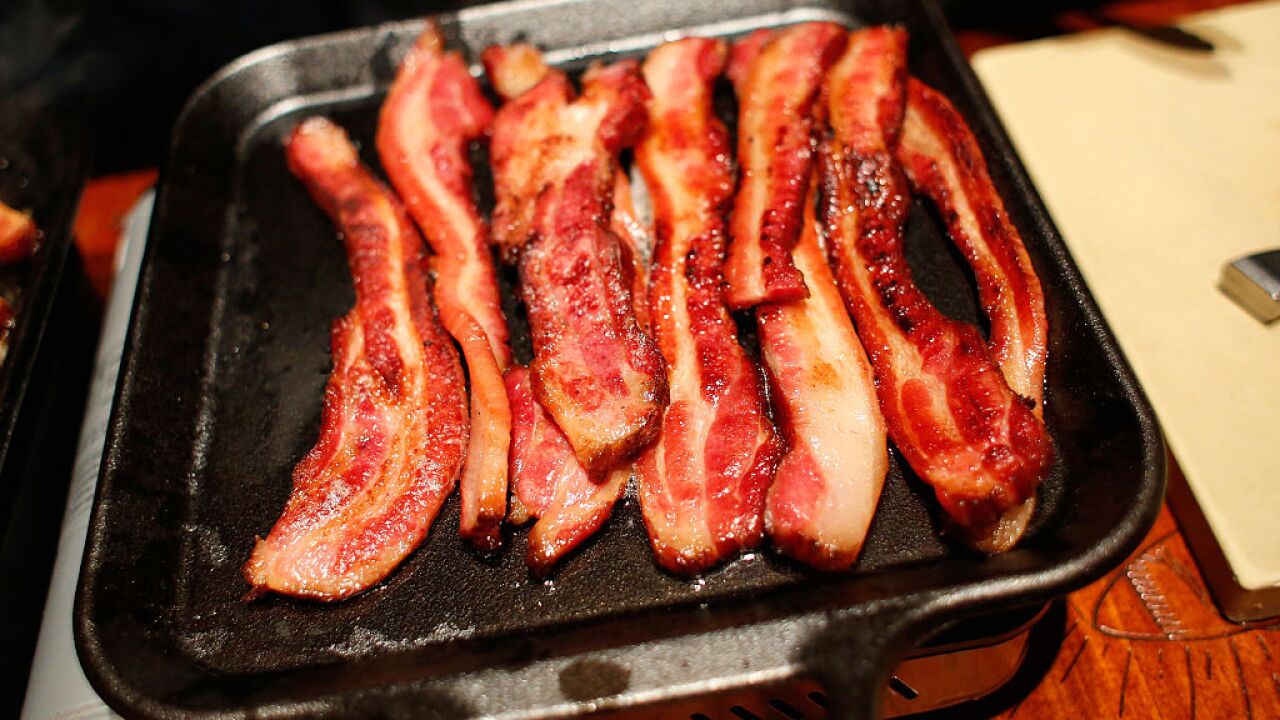 Eating even a moderate amount of red or processed meat is linked with an increased risk of colorectal (bowel) cancer, according to a new study published Wednesday.

People who ate 76 grams of red and processed meat per day -- that's in line with current guidelines and roughly the same as a quarter-pound beef burge r -- had a 20% higher chance of developing colorectal cancer compared to others, who ate about 21 grams a day, the equivalent to one slice of ham , according to the research.

The study also found that processed meat, like sausages or bacon, posed a bigger risk than red meat, with the risk of colorectal cancer rising 20% with every 25 grams of processed meat (roughly equivalent to a thin slice of bacon) people ate per day, and by 19% with every 50 grams of red meat (a thick slice of roast beef or the edible bit of a lamb chop).

"A small amount of processed meat seems to have the same effect as a large amount of red meat," said professor Tim Key, who co-authored the study and is deputy director at the University of Oxford's cancer epidemiology unit.

According to the UK's National Health Service (NHS), a slice of ham contains 23 grams of processed meat while a grilled 8 oz steak contains 163 grams of red meat.

Cancer Research UK, which partly funded the research, said that current NHS guidance states that people who eat more than 90 grams (cooked weight) of red and processed meat a day should reduce this to 70 grams -- the average amount consumed per day in the UK.

The study, published in the International Journal of Epidemiology, tracked the diets of nearly half a million UK adults, between the ages of 40 and 69, and their diets were studied over the course of five years on average. During this time, 2,609 of the participants developed colorectal cancer.

This latest research adds to a body of evidence that links red and processed meats to an increased risk of colorectal cancer.

He said that previous research had looked at people in the 1990s, but "diets have changed significantly since then, so our study gives a more up-to-date insight that is relevant to meat consumption today," he said in a news release.

In the United States it is the third most common cancer, excluding skin cancers, and around 51,020 deaths are expected to occur due to colorectal cancer in 2019, according to the American Cancer Society.

In the UK colorectal cancer is the third most common cancer in men and women, according to Cancer Research UK.

Dr. Gunter Kuhnle, associate professor in nutrition and health at the University of Reading in the UK, said that this is the "largest study ever undertaken in the UK."

Kuhnle, who was not involved in the research, said that the results "confirm previous findings that both, red and processed meat consumption increase the risk of colorectal cancer."

Dr. Julie Sharp, head of health information at the charity Cancer Research UK, said that government guidelines on red and processed meat are "general health advice and this study is a reminder that the more you can cut down beyond this, the more you can lower your chances of developing bowel cancer."

She suggests reducing red and processed meat by trying meat free Mondays, or recipes that use fresh chicken and fish.