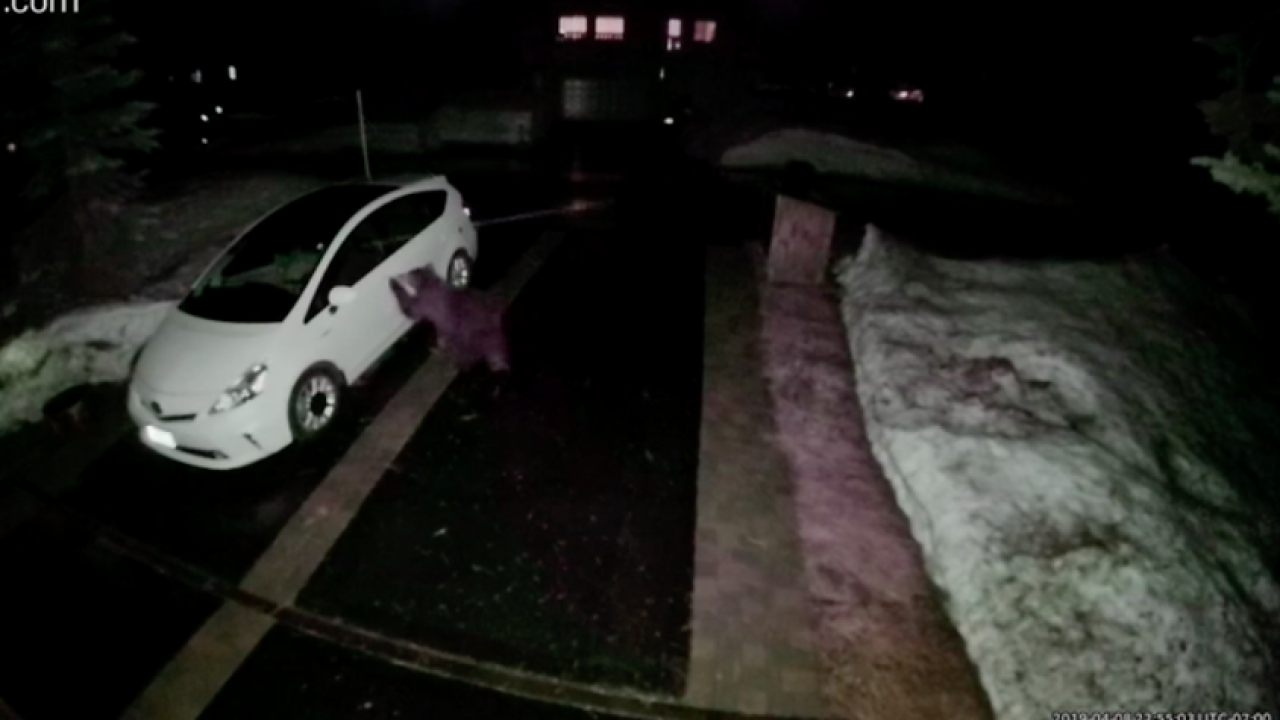 The homeowners said they were shocked when seeing the video that was captured overnight. In the video, the bear appears to be scared off by automatic lights before causing any serious damage.

No one was injured.

The video was captured April 8.