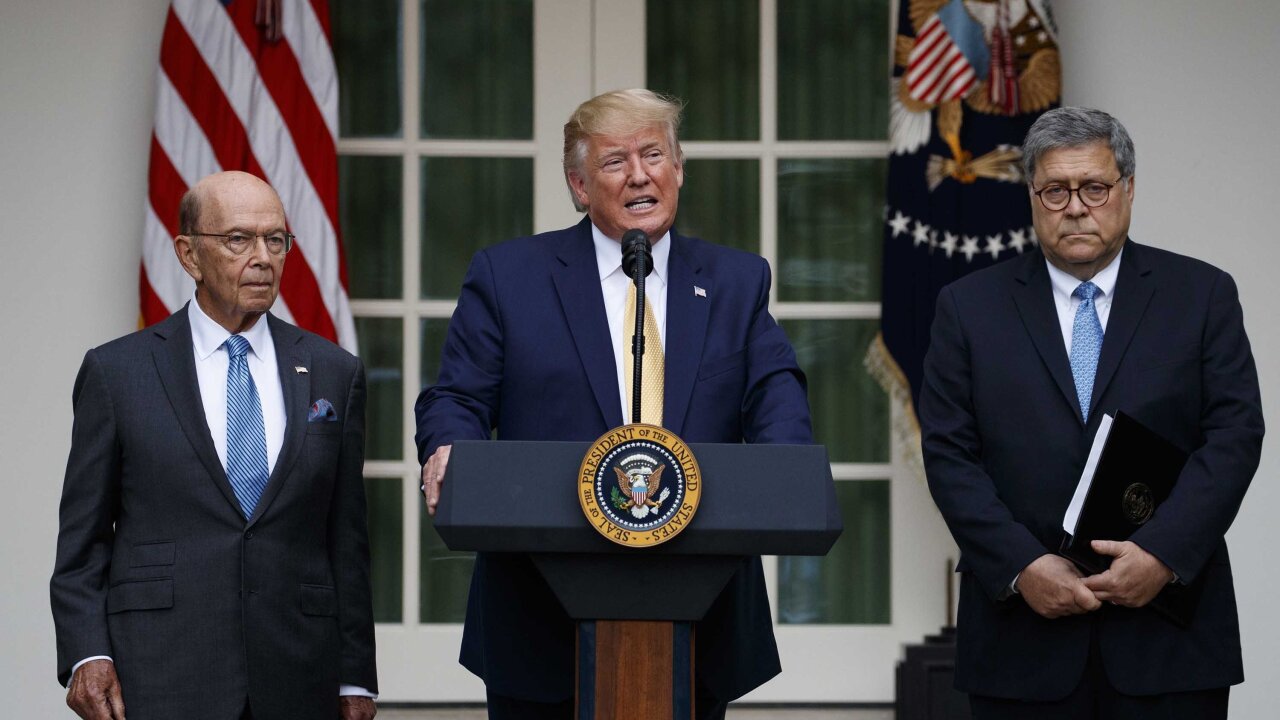 The Department of Justice won't prosecute the attorney general or Commerce secretary after the House voted earlier this month to hold them in criminal contempt , Deputy Attorney General Jeffrey Rosen said Wednesday.

In a letter to Speaker of the House Nancy Pelosi, Rosen described the department's "long-standing position" to not prosecute an official for contempt of Congress "for declining to provide information subject to a presidential assertion of executive privilege."

Pelosi tweeted Tuesday that she had signed the contempt citations for Attorney General Bill Barr and Commerce Secretary Wilbur Ross, which were approved mainly along party lines in the House. The citations followed resistance from the Justice and Commerce departments to provide a full range of documents requested by the House Oversight Committee as part of its investigation into the addition of a citizenship question on the 2020 Census.

The move to not prosecute the twin contempt citations was widely expected, and followed a similar move by the Justice Department under President Barack Obama, which declined to pursue contempt charges referred by Congress against then-Attorney General Eric Holder.

Both agencies have maintained that they have already provided thousands of documents to the committee about the census question, and that certain documents which had been withheld were done so in line with a federal court ruling that said that many of the same documents were privileged from disclosure in civil litigation.

In a news conference last week, Rosen did not mince words in his criticism of House Democrats for the decision to hold Barr and Ross in contempt, calling it a "new low" and "the crassest form of political theater."

"From where I stand, I'm deeply disappointed that the House leadership would proceed in that way in something that is so obviously beneath the dignity of the offices they hold. It's really a new low for the current House of Representatives," Rosen said.

"We're talking about a matter, the census, in which the Supreme Court has already ruled, and we have moved on. So, the House has not identified some compelling legislative need for this. To the contrary this makes no sense at all," he said.