Doctors said he would never walk again. With the help of a friend, he sprinted to the finish line

Owen Mahan crossed the finish line of a triathlon with the help of Joshua De Jong. 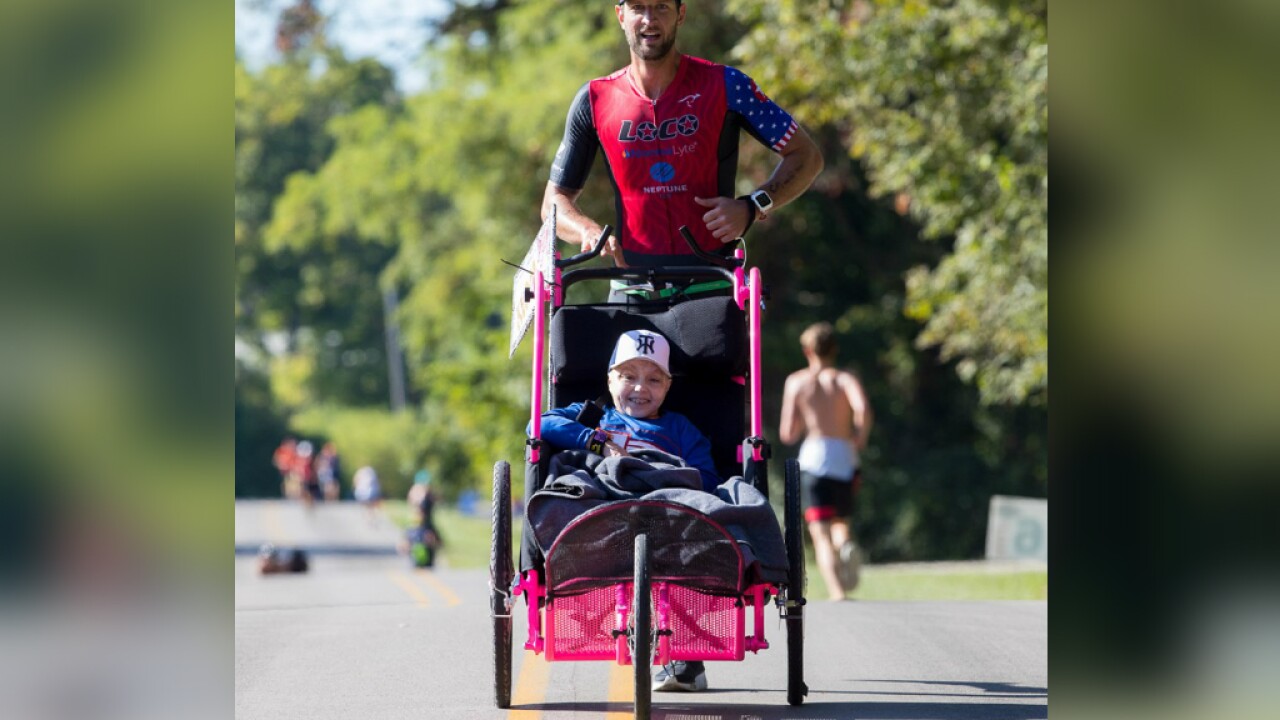 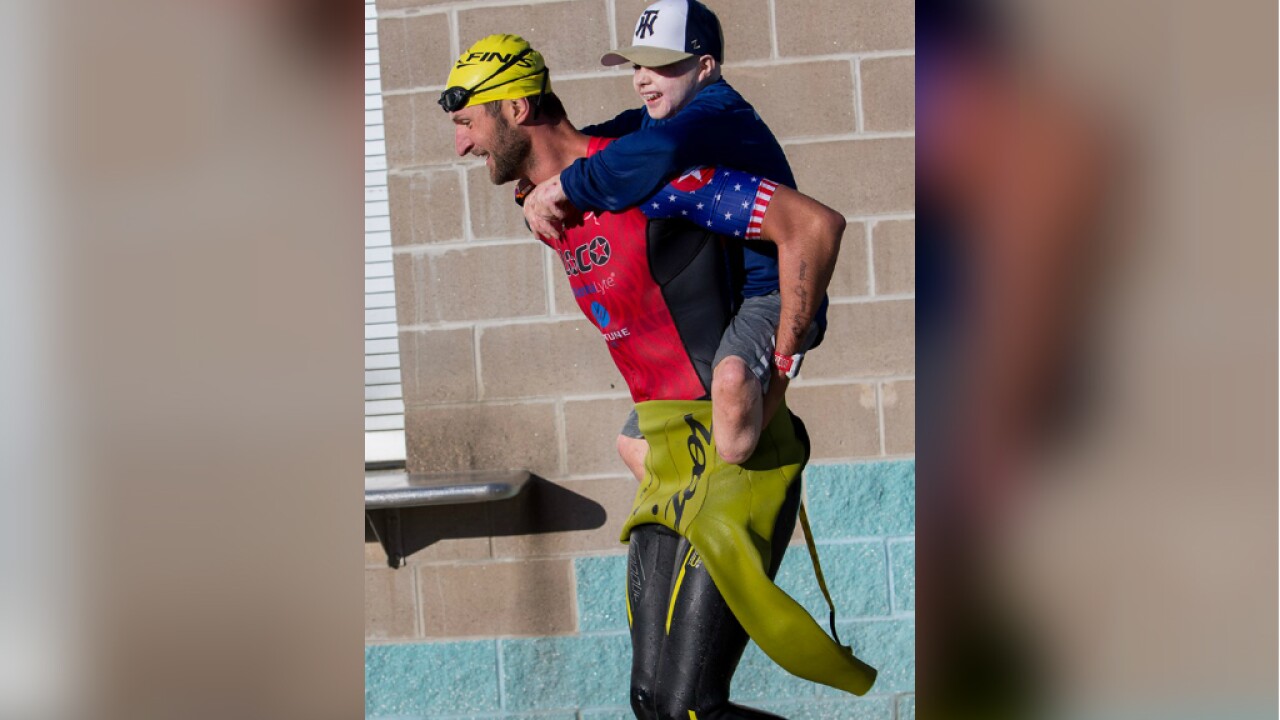 Owen Mahan is 12 years old. He's undergone dozens of surgeries since he was 2 years old after being scalded in a bathtub of water. He was burned on 98 percent of his body, and eventually had surgery to amputate his lower extremities. Doctors said he would never run, walk or talk again.

But Owen has never let disabilities or obstacles stop him from crossing the finish line, according to his adoptive mother, Susan Mahan. Mahan also cares for other foster children.

Joshua De Jong met Owen at the 2019 Indianapolis Mini Marathon, and the connection was almost instant.

"When I introduced myself to him he was all smiles, oozing with positivity and absolutely excited to be there and around the event, despite the cold, wet rainy conditions," De Jong said. "I was also inspired by his fearlessness of being at such a large event and taking on the challenge."

De Jong has been working with nonprofit Ainsley’s Angels of America since 2018. The organization, founded in 2011, aims to make endurance events accessible to everyone, regardless of disabilities, and build awareness about the special needs community.

De Jong grew up watching triathlons with his family, which is what drew him to the organization.

"There was always the touching story of the Rick Hoyt and his father competing together at (the Ironman World Championship)," the 32-year-old Indiana resident said. "I often drew inspiration from their story and told myself if I ever had the opportunity to give back like that I would."

Dick and Rick Hoyt are a father-son team well-known for competing in races together. Rick was born with cerebral palsy and uses a wheelchair to get around. But it never stopped him and his father from competing in more than 1,000 races across the country, with Dick pulling and carrying Rick the whole way.

De Jong worked with Ainsley's Angels to bring the multi-sport aspect to the organization with last week's triathlon in Muncie, Indiana, being the first one he and Owen did together.

"When we were planning the big day, Owen was first on our list to ask if he wanted to participate," he said. "We knew he wouldn't say no."

When the big day came, Owen raced to a first-place finish for his age group in the 2019 America's Triathlon: Muncie.

The video of their finish has garnered tons of attention on social media. De Jong pulled Owen in the cycling and swimming portions of the race, pushed him during the running phase and even carried him briefly.

But crossing the finish line was Owen's moment to shine.

"Owen takes pride in his ability to sprint," said De Jong, who is the president of Tri-Loco in Indianapolis. "The day was about him and doing something new, different and challenging. I've crossed plenty of finish lines, this one was his."

You can follow along with Owen's journey at the Ifowencanwecan Facebook page. Donations can also be made to Owen's care through a GoFundMe fundraiser. People can also get involved with Ainsley's Angels all over the country. More information can be found on their website.

"Seeing Owen cross the finish line was inspiring," De Jong said. "There are very few people with as much of a positive outlook on life as Owen. I know that he can inspire others of all abilities and we are just scratching the surface. It was an exciting moment, for sure."

Correction: This story originally stated that both Owen and De Jong won first place in the race for their age divisions. Only Owen did. De Jong also clarified the various ways he pushed, pulled and carried Owen during the race.