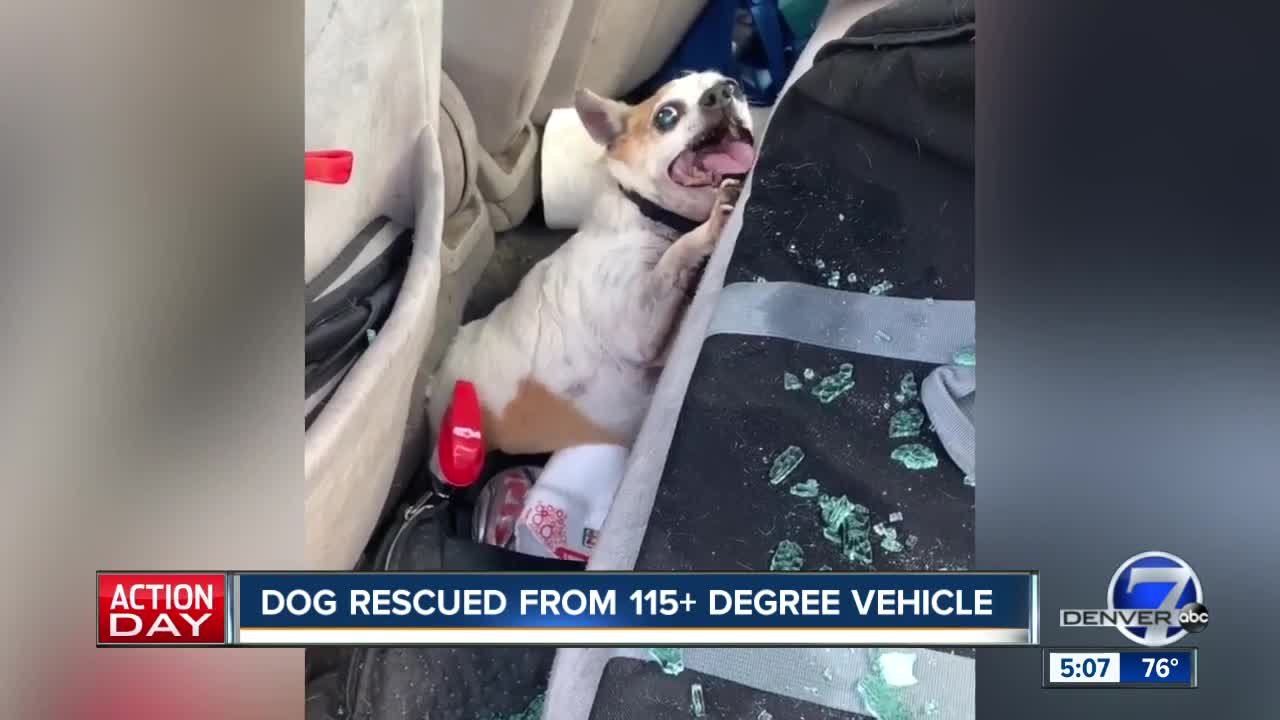 Dogs face the same dangers as humans when it comes to being left in a hot car. 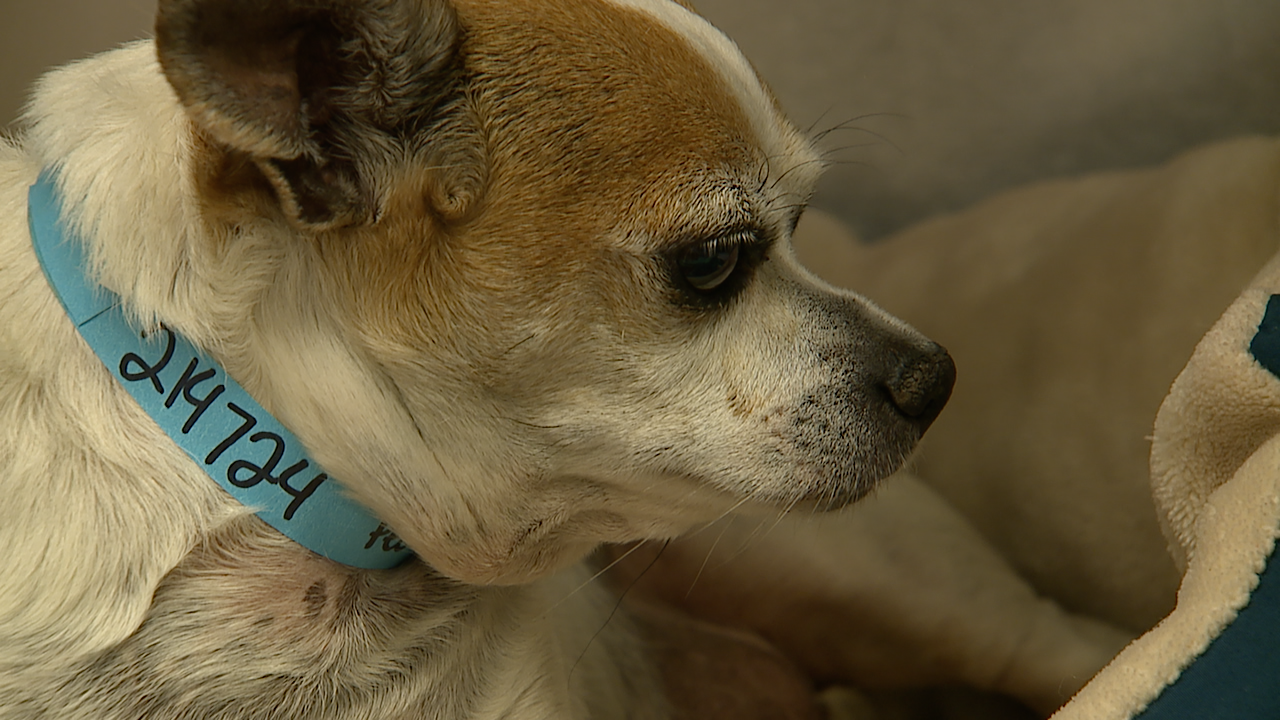 DENVER — Disturbing video shows a dog struggling in a hot car when first responders showed up to a Walmart parking lot to rescue him. They weren't sure if Pedro, a chihuahua mix, would even make it. A thermometer showed the car was 117 degrees inside and the dog had been inside the car for at least an hour.

They decided to break the window and rescue Pedro, who was rushed to an animal hospital. Officials at the hospital say it was one of the worst cases of a dog left in a car that they've seen all summer.

Pedro is now at Foothill Animal Shelter where he's continuing to recover. Veterinarians are monitoring him closely to make sure there is no permanent damage to his organs. They said dogs begin experiencing organ damage if their temperature rises above 104 degrees.

"He's very very lucky he got out when he did, much longer in there, and I don't think he would've been okay," said Dr. Lisa Mausbach, a veterinarian with Foothills Animal Shelter.

She says Pedro is doing much better and his body temperature is back to normal.

Aaron Marlow, 23, is facing charges of animal cruelty and eluding the police. Lakeside Police say he tried fleeing the scene in a car but they were able to catch him at a nearby gas station.

"Dogs cannot sweat, they do not have the ability to sweat so unlike us, they don't have a good natural cooling mechanism, and they do rely on their panting to help them with that, but it's not the most effective mechanism as well," Mausbach said.

A dog in Westminster, Colorado recently died after owners allegedly left it in a hot car. Westminster Police say a couple went out to eat and left their dog in the car with the windows partially rolled down. They parked in the shade and left water in the car, but by the time they finished eating the dog was unresponsive.

"It's so much better to just leave them at home and greet them when you get there versus letting them stay in the car," Mausbach said.

This story was originally published by Liz Gelardi on KMGH in Denver.