Democrats' bid to save the Midwest shifts to Wisconsin, Minnesota primaries 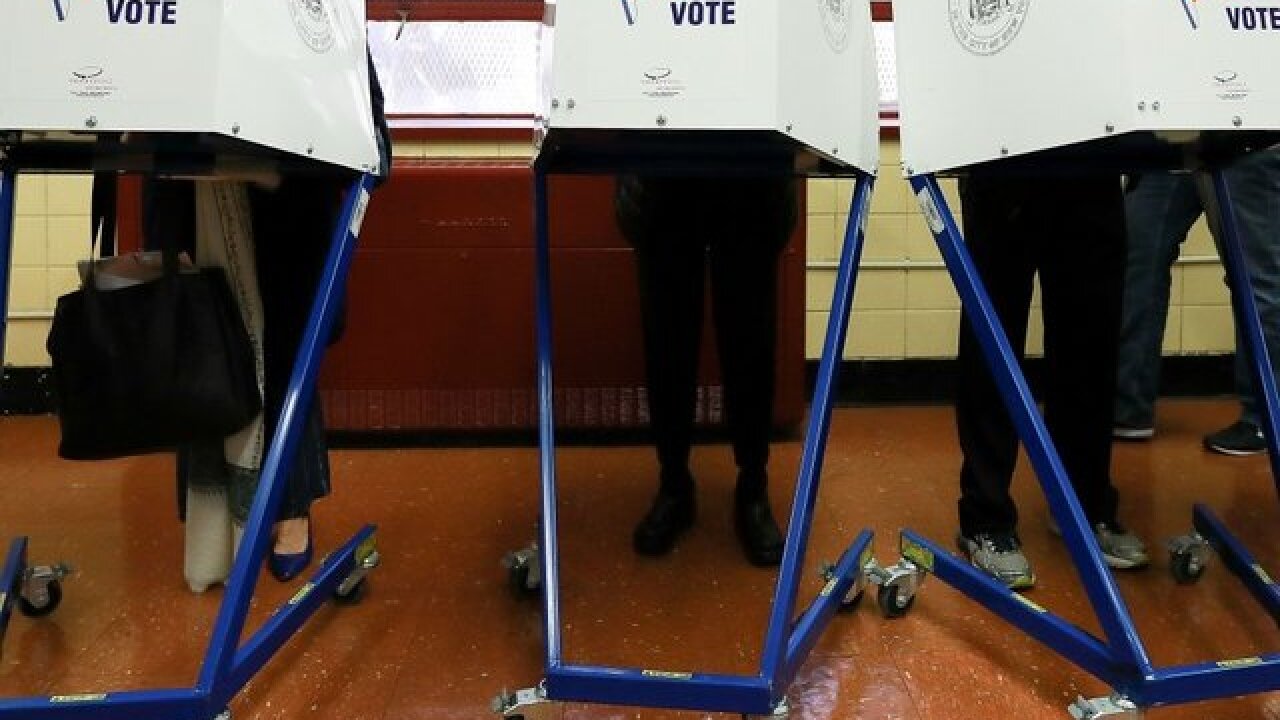 For the fourth time, Democrats in Wisconsin believe they have a chance to finally defeat Gov. Scott Walker and steer the state back to the left after eight years of Republican rule.

First, though, the party will have to use Tuesday's primary to sort through its own crowded field of little-known candidates to find a nominee to oppose Walker.

Tuesday's primaries in two key Upper Midwestern states -- Wisconsin and Minnesota -- will kick off Democrats' midterm push to capitalize on President Donald Trump's unpopularity and wrest back the dominant positions they once held in the states.

The two states will join Ohio, Michigan and Illinois on the list of Midwestern battlegrounds with governor's offices on the ballot this fall that Democrats believe they can win.

Walker, who frustrated Democrats in 2010, rolled back union rights in 2011, survived a 2012 recall election, and won again in 2014, looks vulnerable this year. A recent poll by NBC News/Marist found him trailing his potential challenger Tony Evers. He has warned Republicans repeatedly that the party faces an enthusiasm gap. And the progressive candidate's victory in a state Supreme Court election earlier this year buoyed the left's hopes there.

In Wisconsin's wide-open Democratic gubernatorial primary, the leading candidate is Evers, who has been the state superintendent of public instruction since 2009.

Polls have shown him with a lead of at least three-to-one. But the highest he's been in any recent public poll is 31% -- reflecting how little voters know about the vast field of potential Walker opponents.

The two candidates who have received the most national attention are firefighter union president Mahlon Mitchell and former state Rep. Kelda Roys.

Mitchell would become Wisconsin's first black governor. He's endorsed by California Sen. Kamala Harris, a potential 2020 presidential candidate. Another 2020 prospect -- New York Sen. Kirsten Gillibrand -- has endorsed Roys. She's also backed by EMILY's List, though the group, which backs Democratic women running for office, hasn't spent as heavily in Wisconsin as it has some other races this year.

Unlike Wisconsin, Minnesota hasn't totally slipped out of the grasp of the Democratic-Farmer-Labor Party -- but the question is how long the party can hold onto power there.

Already, the GOP controls the state House and Senate.

Trump finished less than two percentage points behind Hillary Clinton there in 2016, raising fears from the left that with a comeback by former Republican Gov. Tim Pawlenty, the state could soon be ruled exclusively by Republicans for the first time in a half-century and face the same sorts of policies, like the union-busting stripping of collective bargaining for public employees, that Walker enacted next door.

Swanson's campaign faced a late controversy over The Intercept's report in which former staffers said she had pressured those working in the attorney general's office to also perform campaign work -- charges Swanson has denied.

In the Republican primary, Pawlenty faces Hennepin County Commissioner Jeff Johnson, who won the state party's endorsement when Pawlenty skipped the convention and has offered himself as a more Trump-like option.

The most significant grip on power that Wisconsin Democrats have is Sen. Tammy Baldwin's seat.

She'll face the winner of a Republican primary Tuesday that pits state Sen. Leah Vukmir, a darling of conservative talk radio who has the backing of Walker and the state GOP's establishment, against businessman and veteran Kevin Nicholson.

What's unusual about the race is that Illinois businessman Richard Uihlein has pumped nearly $11 million into groups supporting Nicholson -- making for a highly unusual tie between a politician and his corporate benefactor.

Baldwin has held a clear lead in recent public polls, but Republicans have long believed that the Walker-built political machine and the state's rightward drift could make her a surprisingly ripe target in November.

Retiring House Speaker Paul Ryan's 1st District seat in Wisconsin is one Democrats believe could be competitive this fall. The primary there pits ironworker Randy "Iron Stache" Bryce against teacher Cathy Myers in what's been a bitter contest locally.

Other key House primaries Tuesday come in Minnesota's 1st and 8th districts, perhaps the two most endangered seats currently held by Democrats on the map. Both incumbents are leaving to run for higher office.

Can Ellison win despite accusations?

Rep. Keith Ellison, the Democratic National Committee deputy chair and a favorite of Bernie Sanders' backers, was expected to win the Democratic nomination to become Minnesota's next attorney general -- positioning him to fight the Trump administration in court.

But over the weekend, Ellison was accused by an ex-girlfriend of domestic abuse, allegations he flatly denied.

The race features a total of five DFL members and three Republicans, but the major question with national implications is the fate of Ellison.

The race to replace Ellison in Congress is worth watching, too. One of the three Democratic candidates is state Rep. Ilhan Omar, a Muslim Somali-American progressive woman who is backed by Alexandria Ocasio-Cortez.