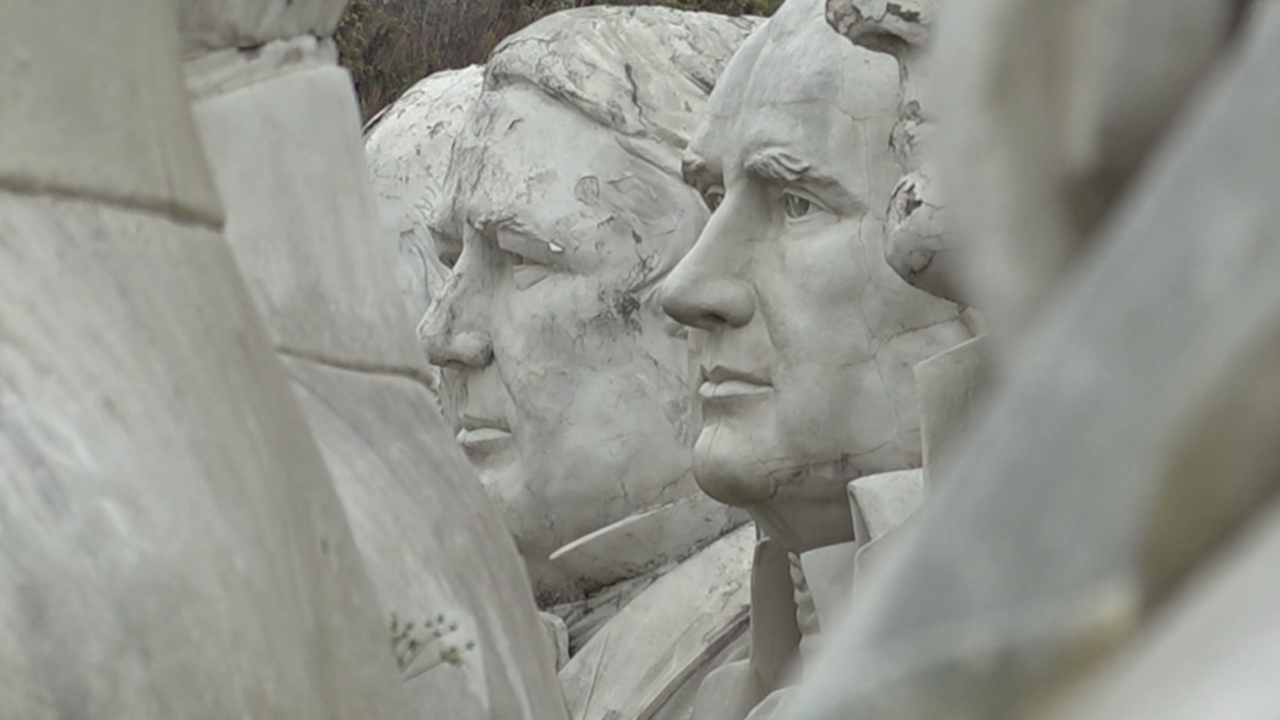 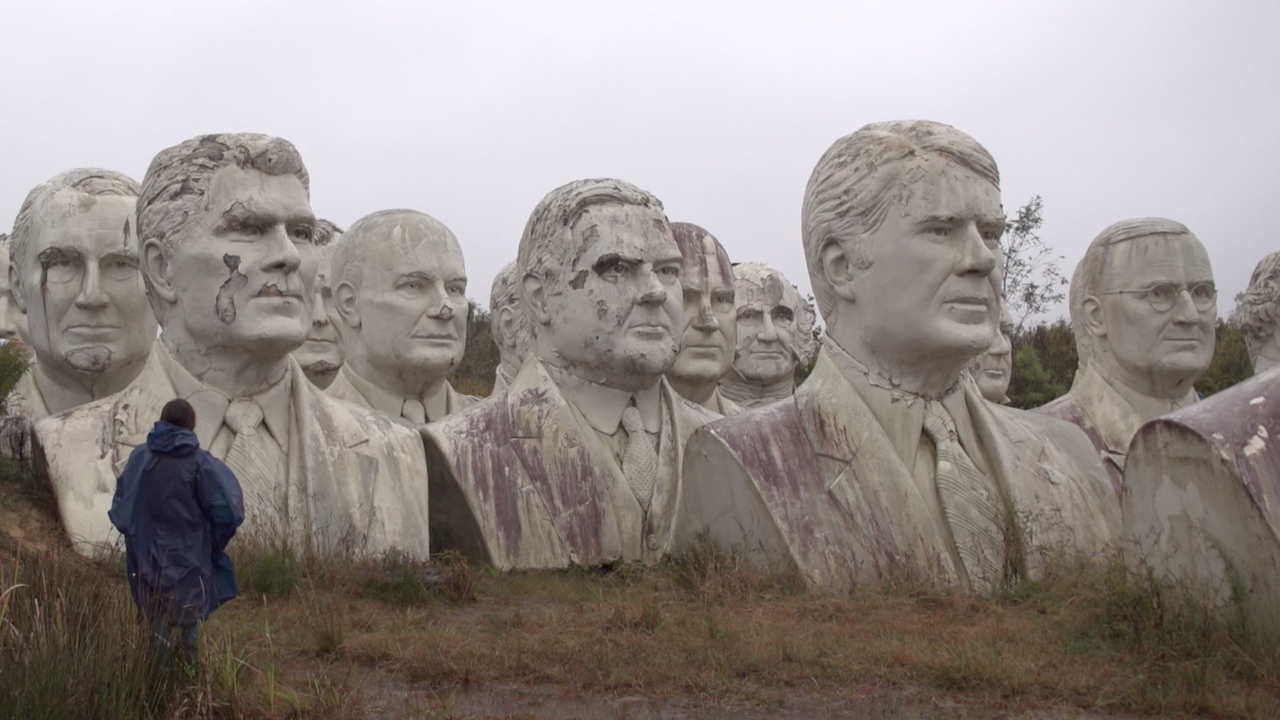 Near a farm in rural Virginia, rises a most unnatural sight.

“How often do you get to see ginormous presidents’ heads?” asked Kristen Spencer, who drove up from North Carolina to see them.

Sitting in several rows are massive, 20-foot high statues of presidential busts. At one time, they were part of a nearby presidential amusement park. The statues were set to be destroyed at a nearby industrial recycling facility, but the facility’s owner couldn’t bring himself to do it.

“If you were approached to taking 42 statues of the most powerful men in America and to throw them in a stone crusher, any American would probably have a hard time with that,” said John Plashal, a photographer and author who now gives tours of the site.

Since then, the statues have become an unintentional tourist attraction, bringing 650 people a month out to the site.

“I think it’s less about the presidential experience and more about the uniqueness of the scene – right?” he told a visiting tour group on a recent Sunday. “That’s a very powerful thing.”

It’s powerful enough to bring in people from North Carolina to California and from around the world.

“They kind of look like zombies,” said Kristen Spencer, who drove up from North Carolina with her dogs Barclay and Nike.

Betsy Schwartz was visiting from California and said they reminded her of the Moai heads on Easter Island, in the Pacific.

“I kind of have a thing with heads,” she said.

At the park, you’ll find a statue of George Washington.

“He was the only president to never live in the White House,” Plashal said during the tour.

Abraham Lincoln is there, too.

“He was a world-class wrestler, losing only one match in his life,” Plashal told visitors.

In addition, there is also a statue of every president through George W. Bush – the last one made before the park went under.

The statues were set to move to a new home this past September, but the deal fell through. So, the owner is keeping these aging monuments here for now.

“What matters to him is that the general public is able to come experience these things, safely and inexpensively,” Plashal said.

Visitors said the combination of the setting and the statues made the visit worthwhile.

“I think everyone should get to see this,” Spencer said. “It’s very unique.”

You can find more information on the Presidential Heads Tour here .