Dayton shooter had cocaine in his system, coroner says 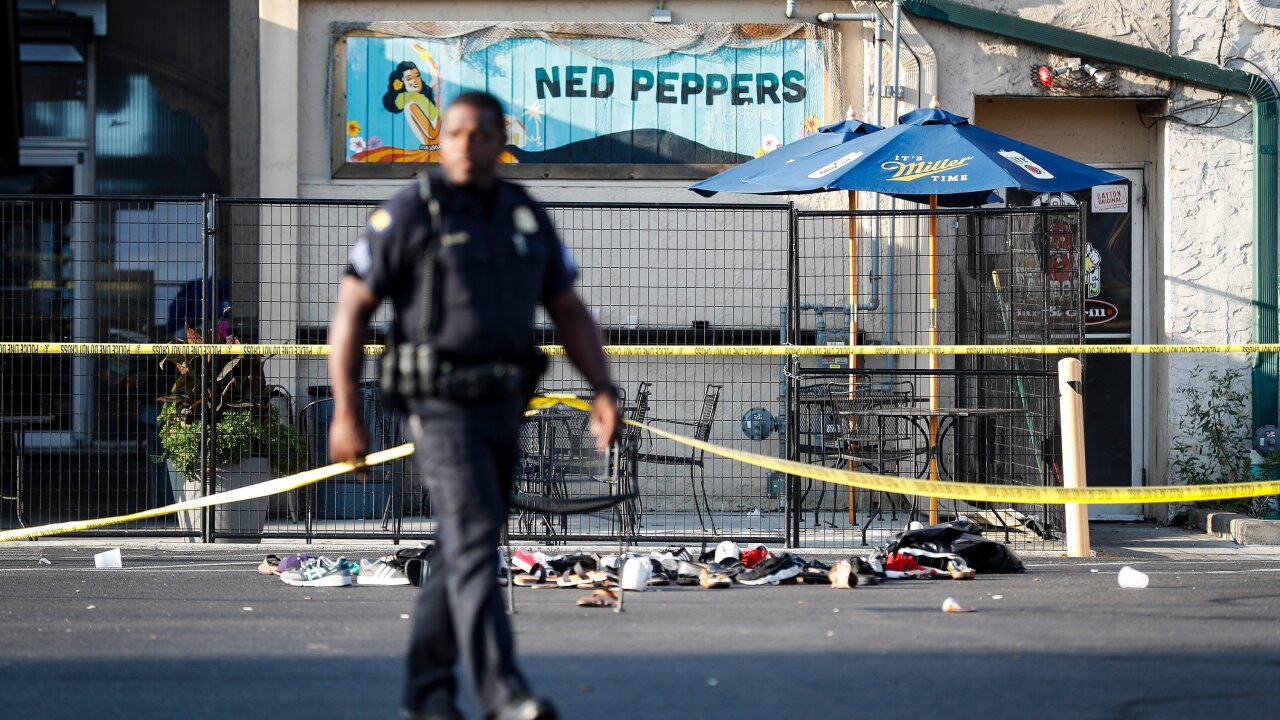 The man who opened fire on a crowded bar district in Dayton, Ohio, had cocaine in his system, the county coroner said Thursday.

Preliminary autopsy results also found that two of the victims were also struck by police bullets, he said.

Armed with a .223-caliber high-capacity rifle, Betts opened fire on August 4 in the popular Oregon district, killing nine people, including his sister, and wounding 17 others. He was killed by patrol officers 30 seconds after he opened fire.

Two of the those killed were also hit by police gunfire, but Harshbarger said he believes one of them, a female, had already been fatally shot by Betts. The other had a superficial wound from a police officer's bullet, the coroner said.

"I believe by positioning, by pathway, by evaluating the scene, the video evidence, the first round was the - the lethal round - was the shooter's, or assailant's, weapon, which has been scientifically confirmed to be from his weapon," Harshbarger said.

Dayton Police Chief Richard Biehl told reporters that it "weighs heavily on us that some of our rounds caused additional wounding."

"We are confident in the coroner's finding that no rounds fired by our officers resulted in death of any innocent citizens," Biehl said.

In what Biehl described as a "dynamic and chaotic" situation, the police were focused on preventing more deaths, he said.

The shooter, who was wearing a bullet-proof vest, was probably shot at least 24 times as police tried to stop him, Harshbarger said. Betts had 52 gunshot wounds in his upper and lower torso, but some of them could be exit wounds, the coroner said.

Biehl said the shooter made two efforts to get back on his feet after being downed by police officers, and that "lethal force" was warranted as long as Betts was still armed.