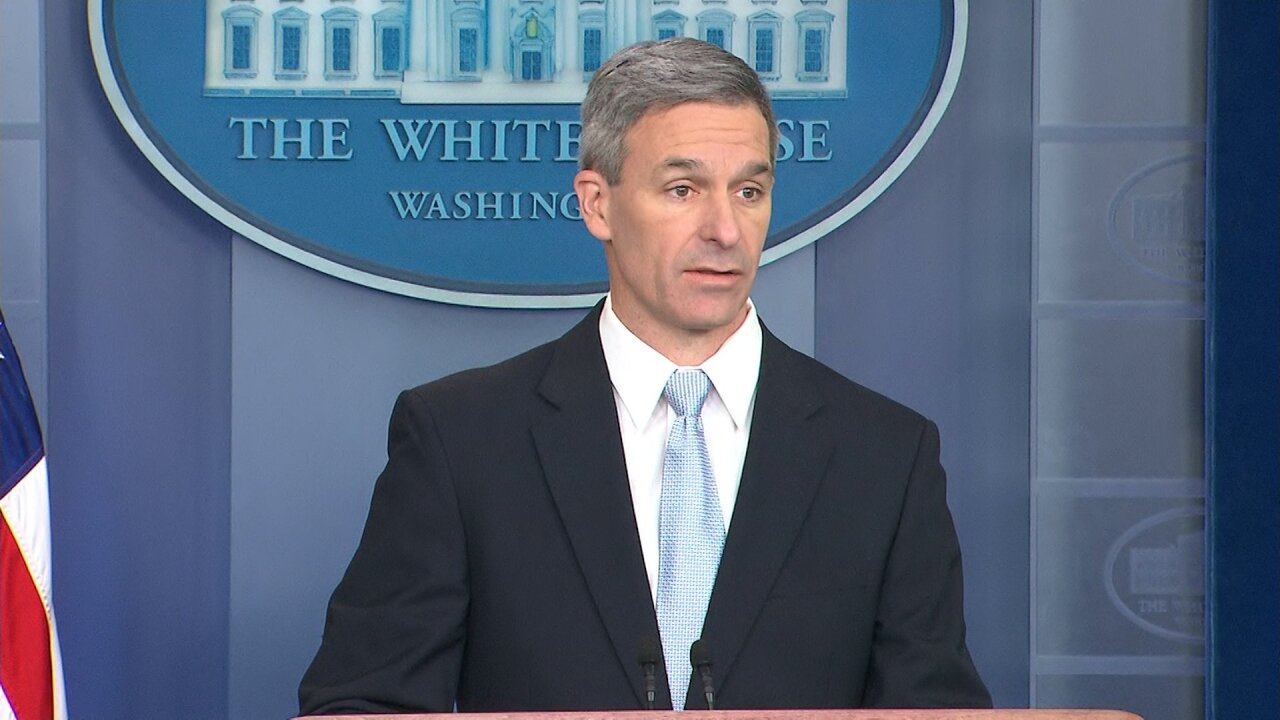 Acting US Citizenship and Immigration Services Director Ken Cuccinelli defended a change in the process for children of some federal employees and members of the US armed forces living overseas to gain US citizenship, saying it was done to comply with the law and stressing that it doesn't take away any avenue to become a citizen.

"What was going on before was that the USCIS approach to working these children up to be citizens was not consistent with the State Department's or the law, so we were acting illegally," Cuccinelli said Thursday in an interview with CNN's Dana Bash.

The policy change released Wednesday sparked confusion among the military and diplomatic communities, which were concerned that it would place hurdles before the children of federal employees and military workers serving abroad. As a result, the alert was met with an immediate backlash, as lawyers and groups tried to parse what it meant and who it affected.

Cuccinelli has since conducted several interviews, and US Citizenship and Immigration Services hosted a call with reporters on the change Thursday.

The guidance does not make anyone ineligible for citizenship. USCIS officials have since explained that it changes the paperwork that some families whose children are born overseas will have to fill out.

"These are children born who when they were born were not US citizens who are trying to be made US citizens by their parents, and it's the paperwork they have to file. That's it," Cuccinelli said Thursday.

"What was happening and what's happening now is you get your documentation from USCIS and you can go to State Department, bring that child and they wouldn't give them a passport as a US citizen because they weren't legally qualified as a US citizen," Cuccinelli said. "Now all of that will mesh together correctly."

A State Department official told CNN that USCIS and the State Department had been working together for some time to align the application of certain terms "when adjudicating acquisition of citizenship claims" under various sections of immigration law.

US citizenship can be acquired a few ways, including being born in the country. Children born abroad can acquire citizenship through their US citizen parents either at birth or before the age of 18.

A USCIS official said Thursday that children born overseas to two US citizen parents would be citizens "automatically."

"Two US citizen parents who have a child born overseas -- that child is a citizen automatically. Period," an official told CNN.

The agency said it expects that around 20 to 25 people a year will be affected by the rule change. A Defense Department official estimated that about 100 people annually would be affected.

The public uproar and ensuing confusion come in light of President Donald Trump occasionally voicing his support for ending birthright citizenship. Last week, Trump said he was "seriously" considering ending it, though it's unclear how he'd have the legal authority to do so. Cuccinelli said Wednesday on Twitter that the new policy "does NOT impact birthright citizenship."