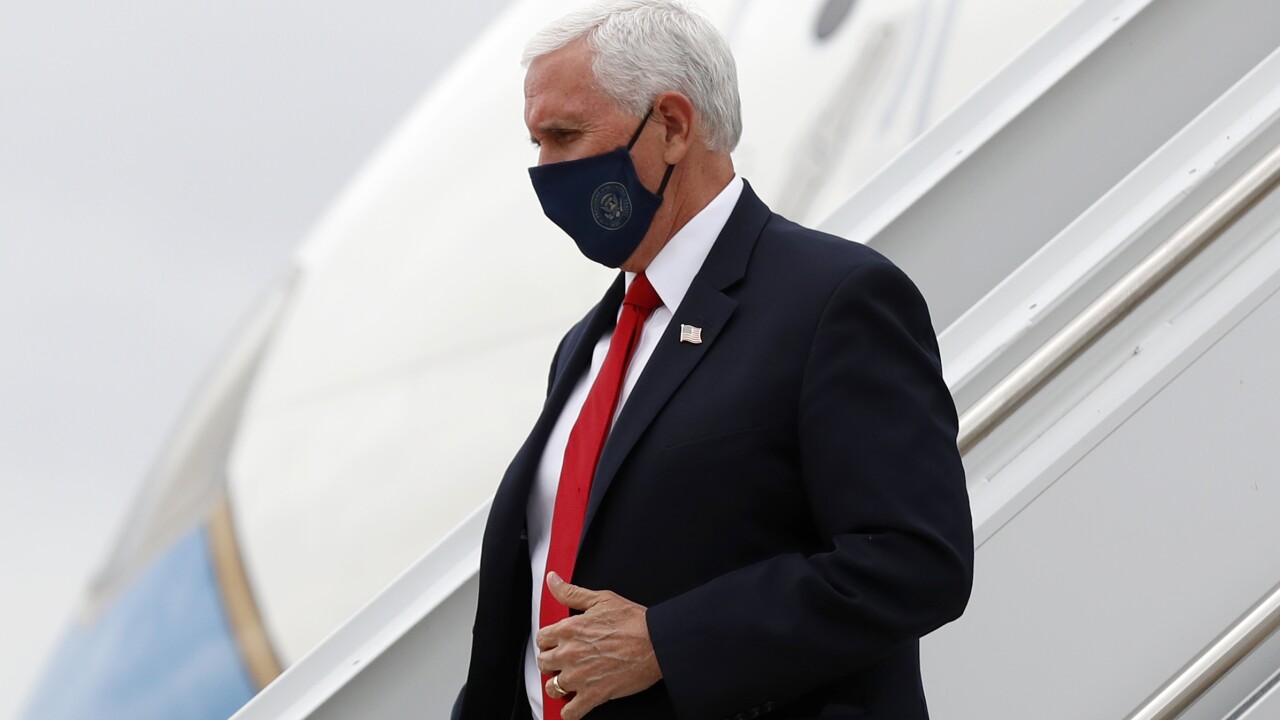 Copyright 2020 The Associated Press. All rights reserved.
Tony Gutierrez/AP
Vice President Mike Pence arrives at Love Field in Dallas, Sunday, June 28, 2020. For more than three years, President Donald Trump instilled such fear in the Republican Party's leaders that most kept criticism of his turbulent leadership or inconsistent politics to themselves. That's beginning to change. While Trump avoids wearing a mask in public, Pence was pictured this weekend wearing a mask and urged other Americans to do the same.(AP Photo/Tony Gutierrez)

CNN and the New York Times both reported on Friday that Vice President Mike Pence’s several members of the Secret Service’s team tested positive for the virus during his recent trip to Arizona.

The Secret Service has not confirmed the reports.

Pence had planned an event in Yuma, Arizona, on Tuesday. Instead, Pence made a brief visit to Phoenix on Wednesday to meet with public health officials.

CNN reported that the eight members of Pence’s team remained holed up in Arizona as of Friday evening, citing two sources.

The reports come as both Pence and President Donald Trump have ramped up their public schedules, holding rallies and public events. The events come after both Pence and Trump largely remained in the Washington, D.C.., area during the spring as the coronavirus began to spread in earnest nationally.

As Friday’s reports surfaced, Trump, along with the usual large contingent of Secret Service employees, traveled to Mount Rushmore for a firework display.