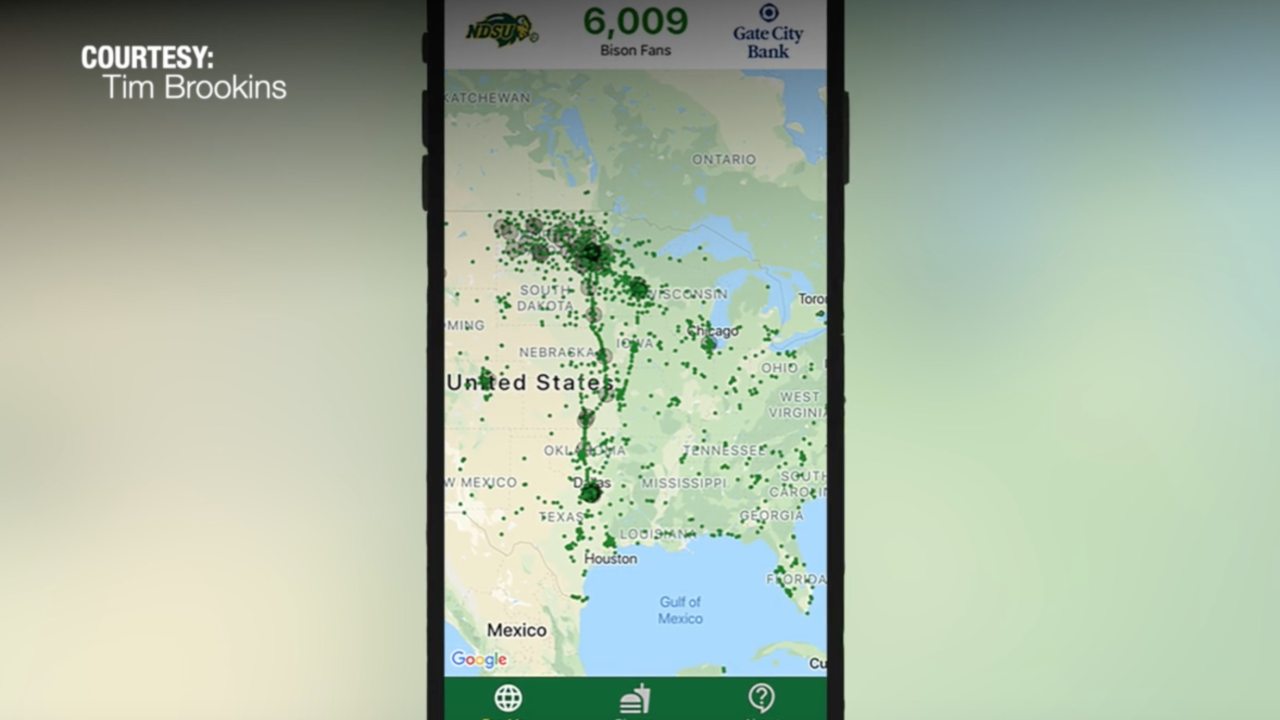 Only a handful of states have adopted a "contact tracing app" to help stop the spread of the coronavirus. In the Dakotas, the developer of the "Care19" app says his technology is available for other states too.

Before COVID-19 was on anyone's radar, Tim Brookins, an alumnus of North Dakota State University, built something called the "Bison Tracker App." It tracked fans on their way to the football’s National Championship Game in Dallas in January

“Literally this last year, we tracked 15,000 people so you can see 15,000 dots drive south over the week and then drive home when it’s done,” Brookins said. “People when they’re driving have nothing else to do they do nothing but check this thing to watch the migration of green dots across the map.”

Brookins works for Microsoft. When the pandemic hit, the company told employees they could use their technology expertise to help their hometowns. So Brookins reached out North Dakota Gov. Doug Burgum.

“He was initially saying we need to get contact tracing and a key part is remembering where you’ve been and oh by the way with Bison Tracker, Tim, you know how to collect people’s location, right?” Brookins said.

And so, the Bison Tracker technology morphed into Care19.

“It’s a key part of the contact tracing process to remember where you were over the last week or so and that’s hard to do when you’re feeling well, let alone if you’re feeling sick or frightened or stressed,” Brookins said.

The app records where you go, and makes a list for the past 14 days. That way, if you test positive, you can help contact tracers trace where you went, who you talked to, who you've possibly infected.

Jensa Woo, a librarian with San Francisco Public enlisted with the California Department of Public Health as a contact tracer. Woo registered after her library system closed during the spread of the virus.

“I’ll talk with the contact and then the Department of Public Health recommendation is that they go get tested, if they test positive then there’s a follow up. A ripple effect but it starts with whether or not the person tests positive,” Woo said.

Woo has talked to people as young as 11. California doesn't use an app instead, health officers say, their health workers have used contact tracers for decades to slow the spread of infectious disease like measles, SARS, and HIV/AIDS. Woo does all of her work from home, doesn't come into contact with anyone -physically.

“It’s kind of tracing things out and being methodical in trying to figure out where has that virus gone and where are people in a place to isolate and stop so that virus doesn’t affect other people,” Woo said.

Brookins says his app technology is already loaded for two states, North and South Dakota. It wouldn't be hard to add another state; he's in talks with some, and with universities.

“There are a lot of states out there who are just so busy with their human tracing they haven’t come up for air to even consider doing an app since it’s an add on to their existing process,” Brookings said.

When asked about the critiques of this type of technology and if people’s every move will be watched and recorded, Brookins said states don't have access to the data. In fact, only he does- and at that, all he's got is coordinates. No names.

“If you want data that’s valuable, do something like Facebook. They have your email they know your city, what high school you went to, if you’re in a relationship and they have a billion users. that’s valuable,” Brookings said. “This data that’s completely anonymous isn’t even sale-able.”

As for Woo, she says she's learned a lot and loves reaching out and helping people in the community. She misses the library and the books, but this is a close second.

“It kind of comes second nature to interview people and to listen well and to ask good questions and open ended questions while I’m putting information in - so multi-tasking,” woo said.