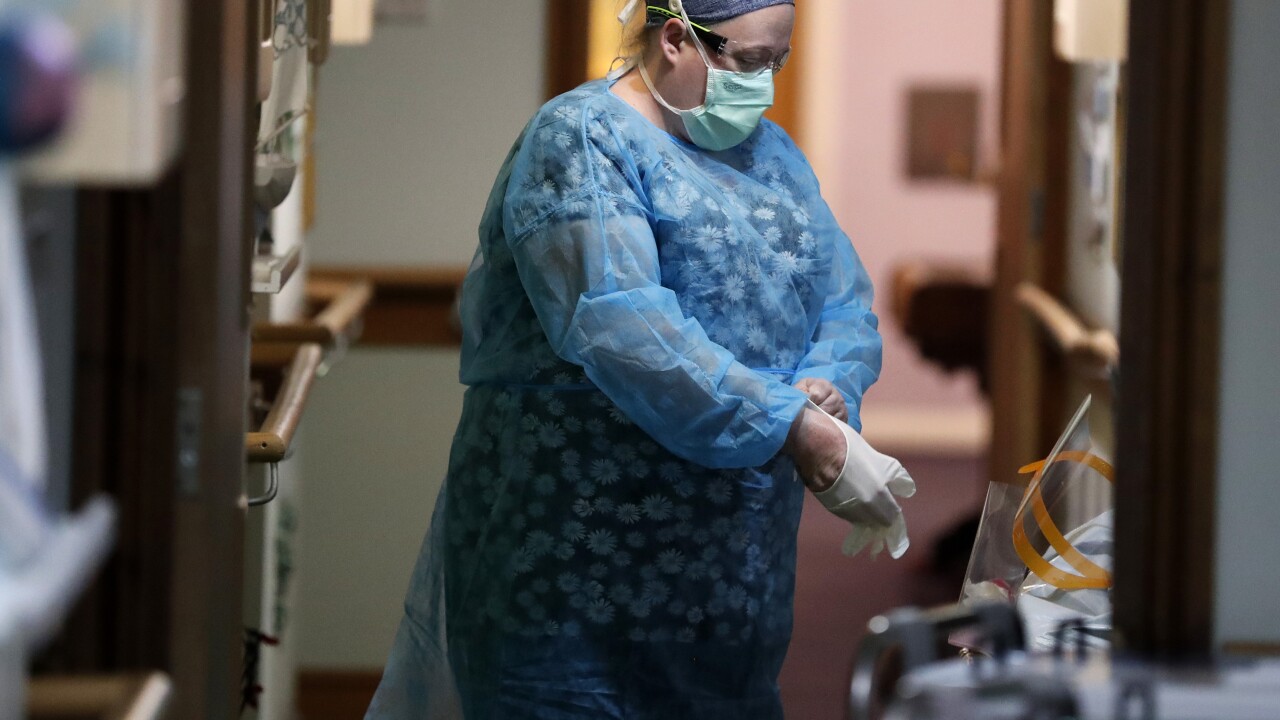 Nursing homes and long-term care facilities need more personal protective equipment (PPE) than they did at the start of the pandemic.

“If a home doesn't have at least a week's worth, that's a problem. It's regarded as a critical shortage and the reason why is because if you have an outbreak, you can start chewing through your existing supplies like that,” said Teresa Murray, a consumer watchdog at the U.S. Public Interest Research Group (U.S. PIRG).

The group looked at data from facilities sent to the Centers for Medicare and Medicaid. They found one in five were dangerously low on one or more items, like gloves and hand sanitizer. Almost half didn't have a one-week supply of at least one type of PPE.

“And they say that it's not unusual at all for nurses to use masks for like five days,” said Murray. “If they even have gowns, they're reusing them.”

The Medical Supply Transparency and Delivery Act, which is sitting in Congress, would help stabilize prices. And the Defense Production Act could be used to increase U.S. production of PPE.

“And not only does it affect the residents that are in that home. It affects the workers who, guess what, they go home, they go home to their families,” said Rowan. “They go home, to their grocery stores and to their churches. And their kids go to school. And so, this is, I mean, it's no surprise that this is why we're seeing some of these community outbreaks because of one case that starts in a nursing home.”

When the Centers for Medicare and Medicaid said the data was accurate, U.S. PIRG says they were referred to FEMA for a solution plan. FEMA has not responded yet.