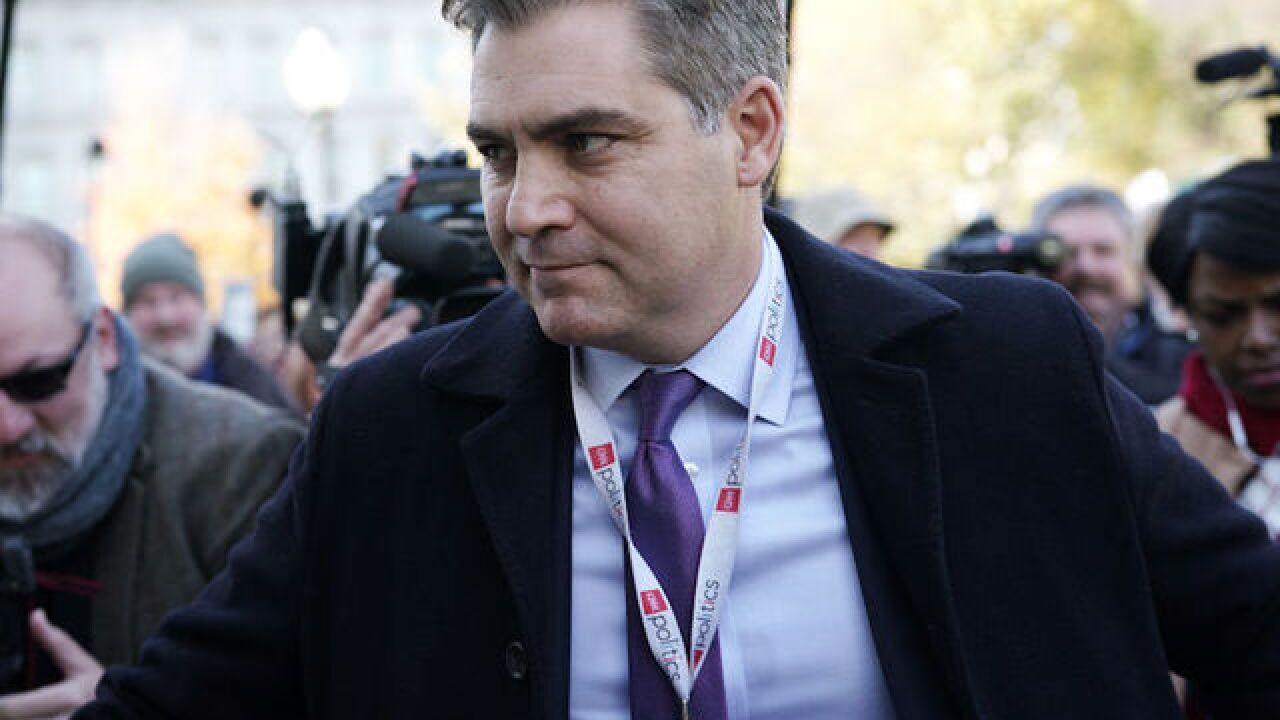 The White House has issued a new warning to CNN's Jim Acosta, saying his press pass could be revoked again at the end of the month.

In response, CNN is asking the U.S. District Court for another emergency hearing.

"The White House is continuing to violate the First and 5th Amendments of the Constitution," the network said in a statement Sunday. "These actions threaten all journalists and news organizations. Jim Acosta and CNN will continue to report the news about the White House and the President."

Last Friday CNN won a temporary restraining orde r, forcing the White House to restore Acosta's press access to the White House for 14 days. Judge Timothy J. Kelly ruled on Fifth Amendment grounds, saying Acosta's right to due process had been violated. He did not rule on CNN's argument about First Amendment violations.

The letter was signed by two of the defendants in the suit, press secretary Sarah Sanders and deputy chief of staff for communications Bill Shine.

The letter signaled that the Trump administration wants to continue fighting Acosta, despite the round one setback in court, rather than seeking an out-of-court settlement.

It looked like an effort to establish a paper trail that will empower the administration to boot Acosta again at the end of the month.

In a court filing on Monday, CNN's lawyers said the network and Acosta "remain hopeful" that the parties "can resolve this dispute without further court intervention."

But the new letter from Shine and Sanders is an "attempt to provide retroactive due process," the lawyers said.

So CNN and Acosta are seeking a hearing on a preliminary injunction "for the week of November 26, 2018, or as soon thereafter as possible," according to Monday's filing.

Such an injunction could be in effect for much longer, thereby protecting Acosta's access to the White House.

Lawyers were already expected to be back in court this week to discuss the timeline for further proceedings.