Children who live near major roads are more likely to have developmental delays, study says 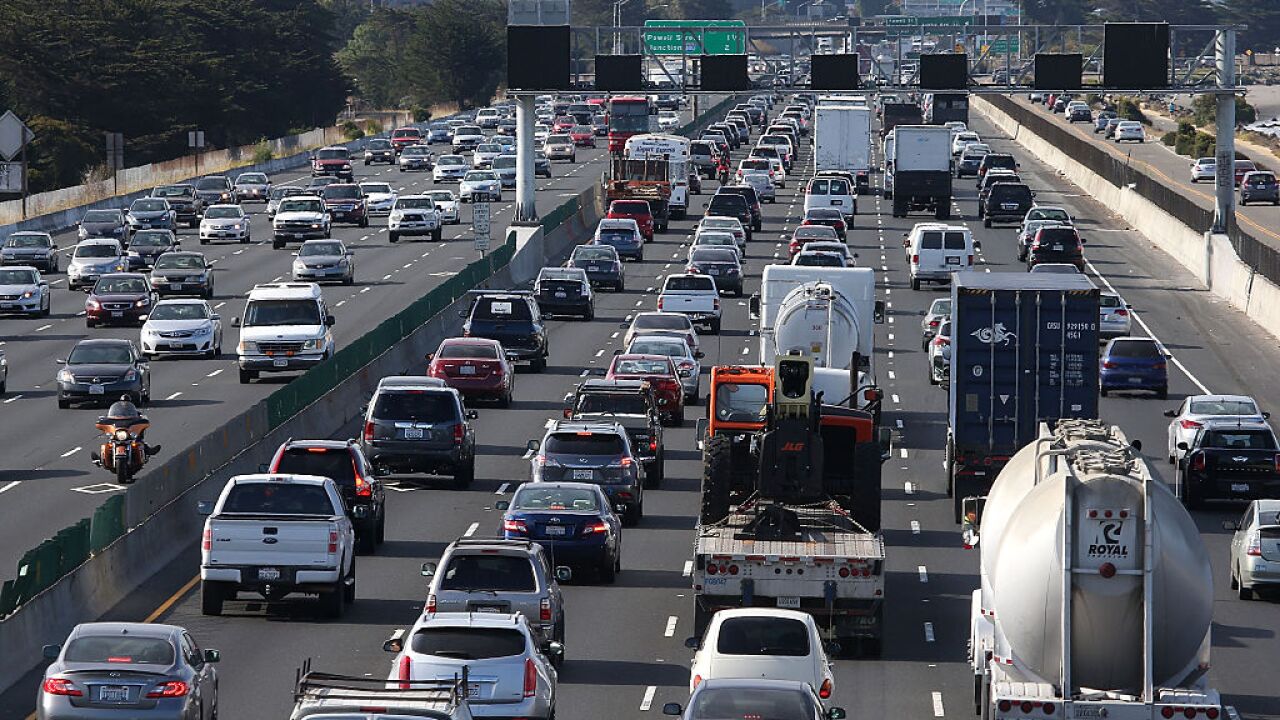 Highways often cause parents to worry about their children's physical safety, yet there may be other important concerns. Young children who live near a major roadway are twice as likely to score lower on tests of communications skills than those who live farther away, new research indicates.

"We know that living close to major roadways — interstate highways or state highways — is associated with high air pollution," said Sandie Ha , lead author of the study and an associate professor in the Department of Public Health at the University of California, Merced.

Research has shown that children who lived near a major roadway at birth had lower nonverbal IQ, verbal IQ and visual motor abilities in mid-childhood compared to their peers living farther away. Because many children in the United States live near major roadways — estimates suggest that 30% to 45% of people residing in large North American cities live within 0.3 miles of a highway or a major road — Ha and her colleagues wanted to learn more about links to childhood development.

Along with measuring proximity to major interstate and state highways — not local, neighborhood or rural roads -- the researchers estimated each child's exposure to ozone and fine inhalable particles (PM2.5), two pollutants produced by car traffic. Ozone can affect the lungs, causing the muscles in the airways to constrict. Fine inhalable particles , which are 30 times smaller than the width of a human hair, cause lung irritation and in some cases lead to respiratory and heart problems.

About 23% of the children (1,329 kids) failed any of the five domains tested by the questionnaire, the analysis showed.

"We found that living closer to a major roadway such as an interstate highway or a state highway is associated with almost two times the risk of having a communication delay by the time the baby is 3 years old," Ha said. "Closer" was defined as less than 500 meters (about 0.3 miles or half a kilometer), compared with those living more than a kilometer (or 0.6 miles) from a major roadway, she explained.

"We also found that exposure to high concentration of air pollution, especially ozone, during pregnancy as well as during early life is also associated with the risk of having any developmental delay," Ha said.

The research, published Monday in the journal Environmental Research, did not show cause and effect.

"We are not sure why that's the case," she said.

She and her co-authors speculate that once the baby is born, air pollution is no longer filtered through the mother's superior defense mechanisms.

"This study didn't specifically measure that, so we cannot say why, and I'm really interested in the why part," Ha added.

What remains to be answered is: How does air traffic pollution produce developmental delays? More research is needed, she said.

Because the study was conducted in upstate New York, which has relatively low air pollution, Ha wonders whether the effects would be stronger if the same research were conducted in areas of the country with higher pollution levels, such as central California.

Breda Cullen, a lecturer in the Institute of Health and Wellbeing at the University of Glasgow, said the strengths of the study include the large number of participants and the use of different types of exposure data (both proximity to a major road and measures of pollutants).

However, Cullen, who was not involved in the research, added that the authors did not account for all of the sociodemographic factors that may influence child development.

"Had they been able to take these into account, the strength of the association between road proximity and child development is likely to have reduced," she wrote in an email.

Because pollution exposures for most kids are, at worst, not far from average, the measurements used by the researchers more or less inflate the appearance of a small risk increase, she explained: "Even the tiny risk increases they report would only be observed in participants at the most extreme end of the exposure spectrum."

In her own research, Cullen has found that higher exposure to outdoor particulate matter and nitrogen oxide gases was associated with very small reductions in performance on tests of reaction time and memory among middle-age and older adults.

Traffic intensity in cities means pollution there may be similar in ways to pollution found near a major road outside the ciy. Still there are differences, Cullen said: "They are not interchangeable, however, because cities tend to have many other sources of air pollution in addition to road traffic." Other sources of pollution include waste incineration and tobacco smoke.

Ultimately, the increases in risk reported in the new study are "extremely small," Cullen said.

Even so, Ha said, "given that the proportion of people exposed to this risk factor is large, it is very important to do something about it."