Asbestos can cause cancer, which is one reason states are suing the EPA for tougher regulation 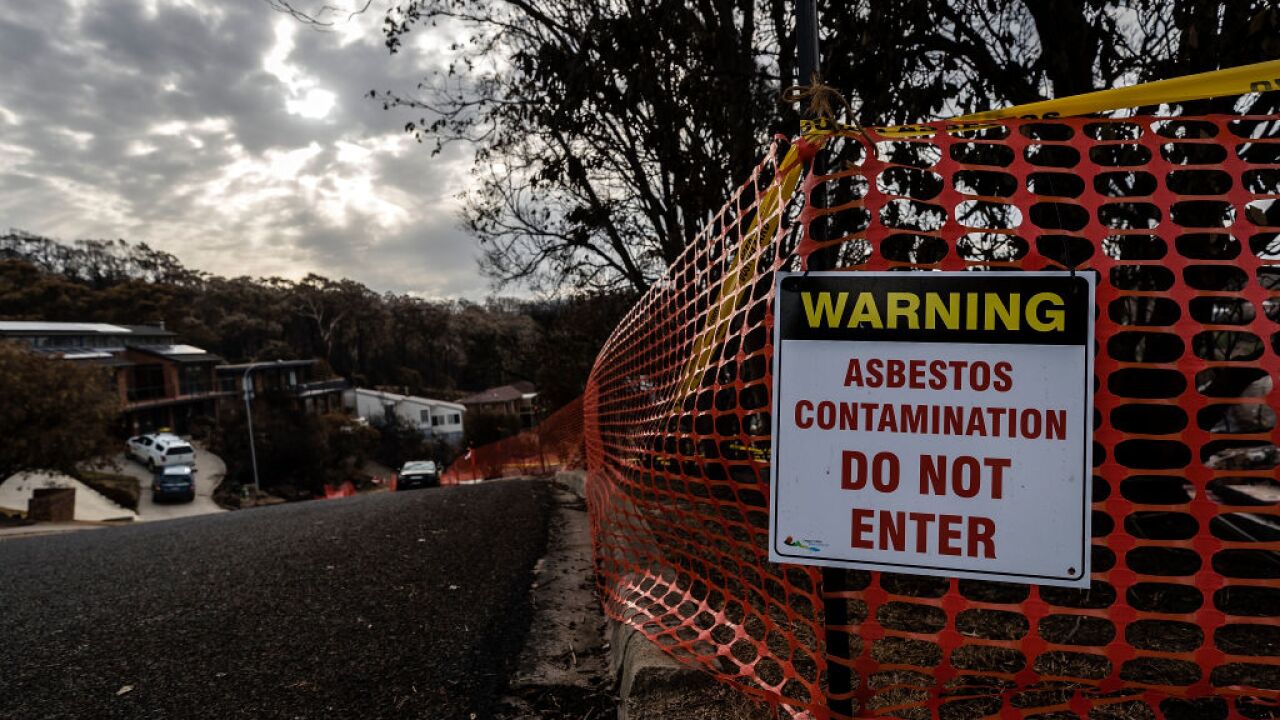 Attorneys general from 10 states and Washington, D.C., are suing the U.S. Environmental Protection Agency for tougher regulation of asbestos, a known carcinogen.

Back in April, the EPA passed a new rule they say closed a loophole in a decades-old law that prevented the agency from restricting the sale of certain asbestos products, according to CNN . But critics say the rule didn't go far enough and that the EPA should have completely banned asbestos.

Massachusetts Attorney General Maura Healey and California Attorney General Xavier Becerra are leading the suit that was announced Monday, according to a press release from Healey's office .

“Asbestos is a known carcinogen that kills tens of thousands of people every year, yet the Trump Administration is choosing to ignore the very serious health risks it poses for our residents,” Healey said the release. “We urge the Court to order EPA to issue this new rule to help protect workers, families, and children from this toxic chemical.”

In January, Healey and Becerra led a coalition in petitioning the EPA for better regulation of asbestos and calling for more data on the importation and usage of it in the U.S. The EPA denied the petition in April, and this latest lawsuit is in response to that.

"In their lawsuit filed in the U.S. District Court for the Northern District of California challenging EPA’s denial of the petition, the coalition asserts that the denial of the petition was arbitrary and capricious and violates the agency’s obligations under (the Toxics Substances Control Act)," the release says.

The EPA told Reuters it does not comment on pending litigation.

Asbestos, once widely used as insulation, is known to cause cancer and other health issues.

"Breathing asbestos fibers can cause a buildup of scar-like tissue in the lungs called asbestosis and result in loss of lung function that often progresses to disability and death," according to the Occupational Safety and Health Administration. "Asbestos also causes cancer of the lung and other diseases such as mesothelioma of the pleura which is a fatal malignant tumor of the membrane lining the cavity of the lung or stomach."

In addition to California and Massachusetts, the attorneys general in Connecticut, Hawaii, Maryland, Maine, Minnesota, New Jersey, Oregon, Washington and Washington, D.C. are also part of the lawsuit.