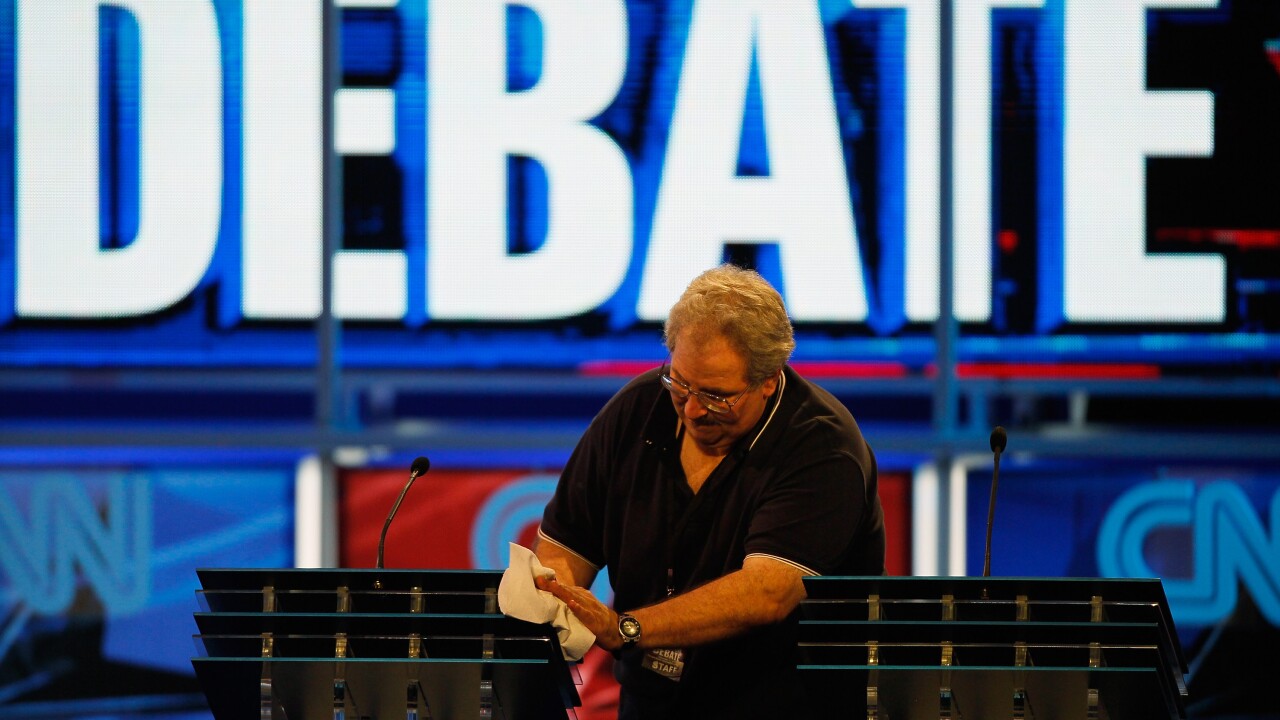 All seven Democratic presidential candidates who met the qualifications to participate in next week's debate declared their support on Friday for a local labor union and said they would not participate in the debate if they have to cross the union's picket line.

UNITE HERE Local 11 sent a letter Friday to all the Democratic presidential campaigns informing them of a labor dispute involving their union on Loyola Marymount University's campus, the site for next week's debate. LMU subcontracts its food service operations to a company called Sodexo, and Local 11 has been in negotiations with Sodexo since March for a collective bargaining agreement, according to the letter. A resolution has not been reached and Sodexo last week canceled scheduled contract negotiations, according to the union.

The DNC and LMU were not aware of the labor dispute until after the union sent the letter, a source familiar with the matter told CNN. The DNC is looking into the matter, the source said.

A spokesperson for Sodexo said in a statement that the company is "100% committed to reaching an agreement, and any statement that we have left the bargaining table is not accurate."

"We have been negotiating in good faith with the Unite Here Local 11 since December of last year with a goal to reach a new collective bargaining agreement that is equitable for everyone, including our employees, and we still intend to achieve such an agreement," the statement reads.

The DNC pulled the December debate out of its previous location at the University of California, Los Angeles, due to a labor dispute between the university and a local union. The American Federation of State, County and Municipal Employees 3299 had asked Democratic presidential campaigns not to cross its boycott and refuse to appear at any University of California campuses.

Warren was the first candidate to say Friday she would not cross the union's picket line, even if it meant missing the debate. The Massachusetts senator called on the Democratic National Committee to find a solution "that lives up to our party's commitment to fight for working people." She said in a tweet that Local 11 is "fighting for better wages and benefits -- and I stand with them."

Sanders then tweeted shortly after: "I stand with the workers of @UniteHere11 on campus at Loyola Marymount University fighting Sodexo for a better contract. I will not be crossing their picket line."

Warren and Sanders in particular have made their support of unions, striking workers and employees fighting for higher wages at major corporations a central theme of their presidential campaigns.

Businessman Andrew Yang was next, writing in a statement on Twitter: "We must live our values and there is nothing more core to the Democratic Party than the fight for working people." He said he supports Local 11 in their fight for proper compensation, and that he won't cross the picket line.

Former vice president Joe Biden then tweeted: "We've got to stand together with @UniteHere11 for affordable health care and fair wages. A job is about more than just a paycheck. It's about dignity." He said he would not be crossing a picket line.

Businessman Tom Steyer followed, saying if the dispute between Sodexo and Local 11 is not resolved before the debate, he would not cross their picket line. He tweeted that he stands with LMU workers in their fight for fair wages and benefits.

South Bend, Indiana, Mayor Pete Buttigieg said he stands in solidarity with the workers, and tweeted: "I take the debate stage to stand up for workers' rights, not to undermine them."

A spokesperson for Amy Klobuchar, Carlie Waibel, tweeted that Klobuchar would not be crossing the picket line.

A leader of UNITE HERE Local 11, Susan Minato, said in a statement posted to the group's Twitter account: "We had hoped that workers would have a contract with wages and affordable health insurance before the debate next week. Instead, workers will be picketing when the candidates come to campus."

Local 11 represents 150 cooks, dishwashers, cashiers and servers who work on LMU's campus, according to the group.