After Super Bowl win, Brady heads to Disney World with friends and family

ORLANDO, Fla. — After facing off against the Kansas City Chiefs’ defense, Tampa Bay Buccaneers quarterback Tom Brady had no problem taking a lightsaber to Star Wars’ Kylo Ren and a unit of storm troopers.

A mask-wearing Brady visited the Star Wars-themed section of Walt Disney World with his family and friends on Monday, two months after he led the Bucs to a Super Bowl win against the Chiefs. 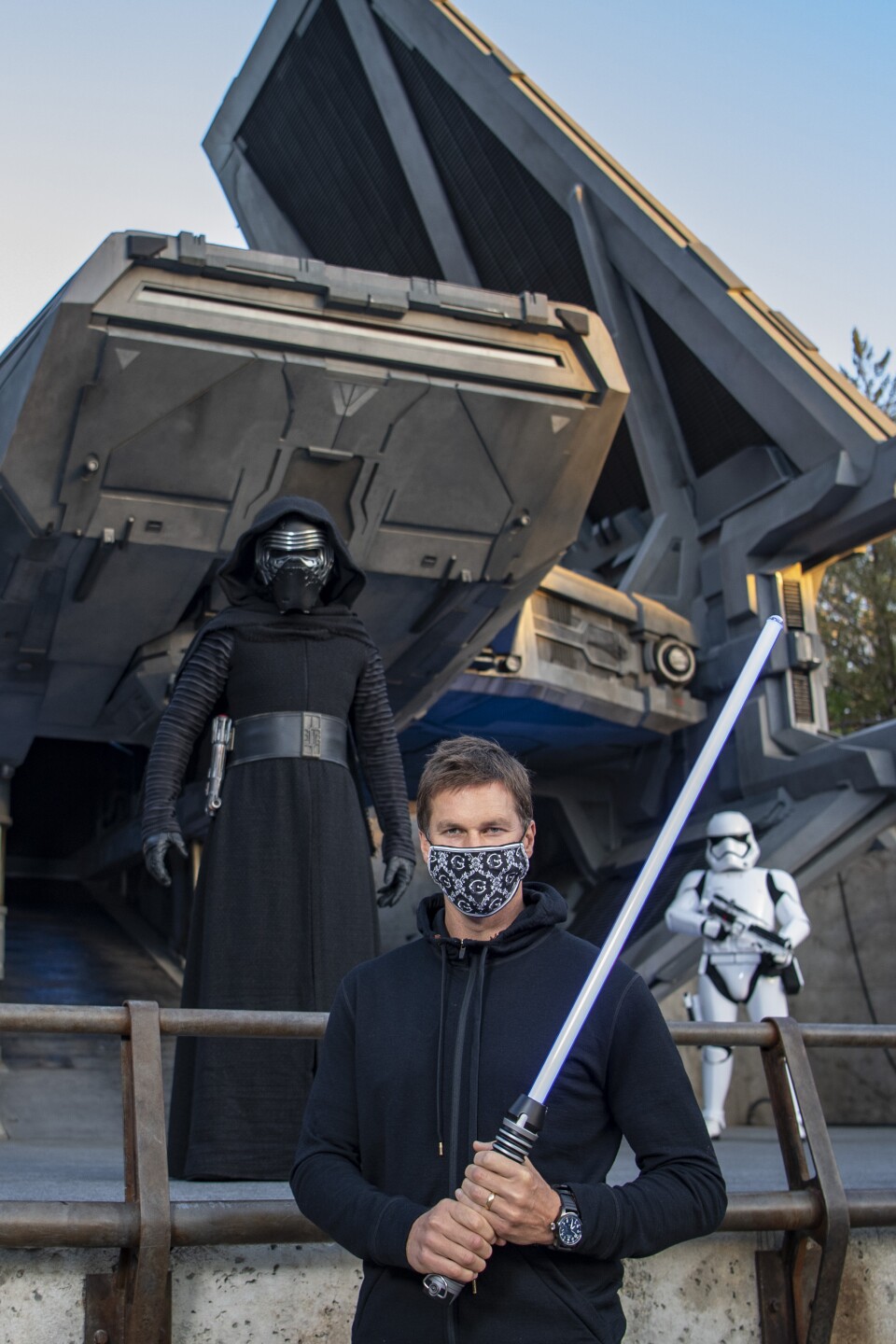 Typically, the players are then part of a parade at Disney World. However, the parade was canceled this year because of the ongoing coronavirus pandemic and crowd limitations.

Gronkowski made his trip to Disney World earlier this year.

Brady has been featured in these ads more times than any other NFL player.

Report a typo
Copyright 2023 Scripps Media, Inc. All rights reserved. This material may not be published, broadcast, rewritten, or redistributed.