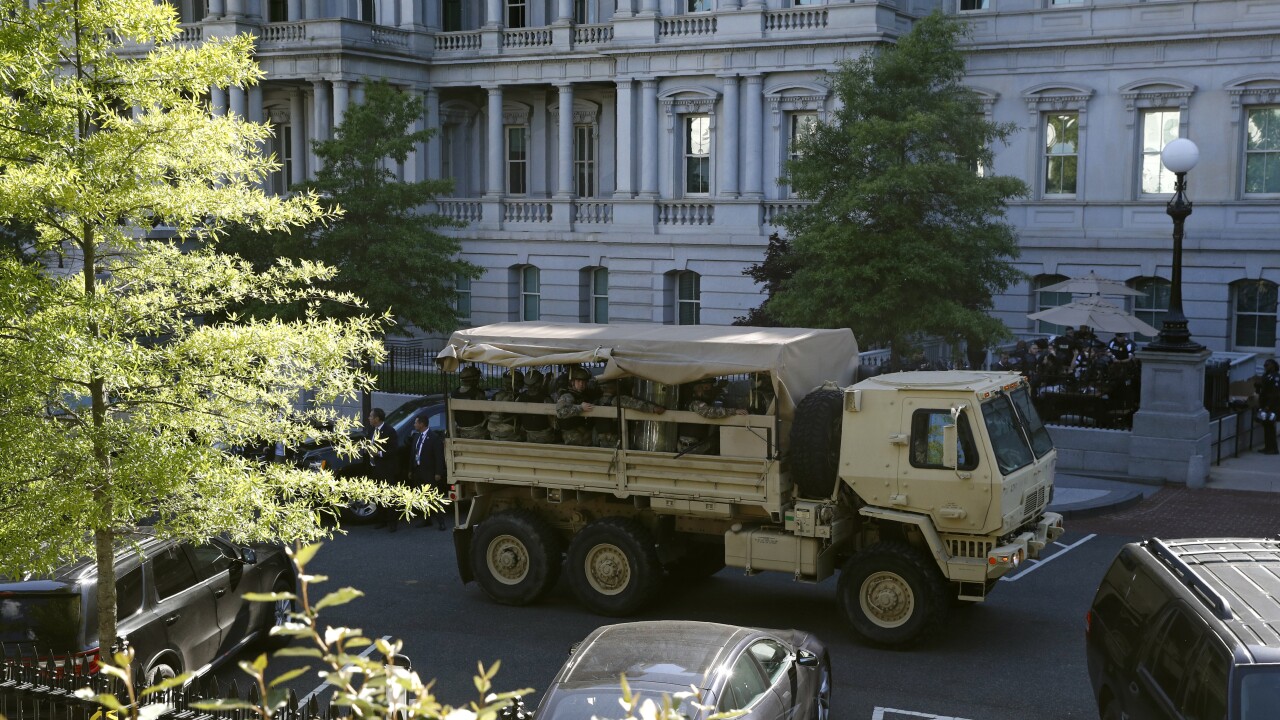 Copyright 2020 The Associated Press. All rights reserved.
Patrick Semansky/AP
A District of Columbia National Guard vehicle drives on West Executive Avenue next to the White House, Monday, June 1, 2020, in Washington, as protesters over the death of George Floyd, a black man who died in police custody in Minneapolis, demonstrate nearby. (AP Photo/Patrick Semansky)

Military, federal and local police joined forces to push thousands of peaceful protesters away from the White House Monday evening.

The officers deployed dispersants to push the crowd away.

Moments after the confrontation, President Donald Trump exited the White House complex to walk to nearby St. John’s Church, where Trump held up a bible and took a few photos before returning to the White House.

Since Friday, the Secret Service, DC Police, and US Park Police have clashed with protesters near the White House. While many of the protesters have been peaceful, demonstrations at times got out of hand, prompting police to fire tear gas to push the crowd back from the White House.

On Monday, President Donald Trump called on governors to be stronger in their response to protesters, and added that many state governors displayed a “weak” response to looting.

The Associated Press reported that Trump spent part of Friday in the White House’s underground bunker amid concerns that protesters would breach multiple levels of White House security.

The call up of troops also comes as dozens of states have activated the National Guard to provide support for local law enforcement.