A New Hampshire town waited 50 years to open a time capsule. When they did they were 'horrified' 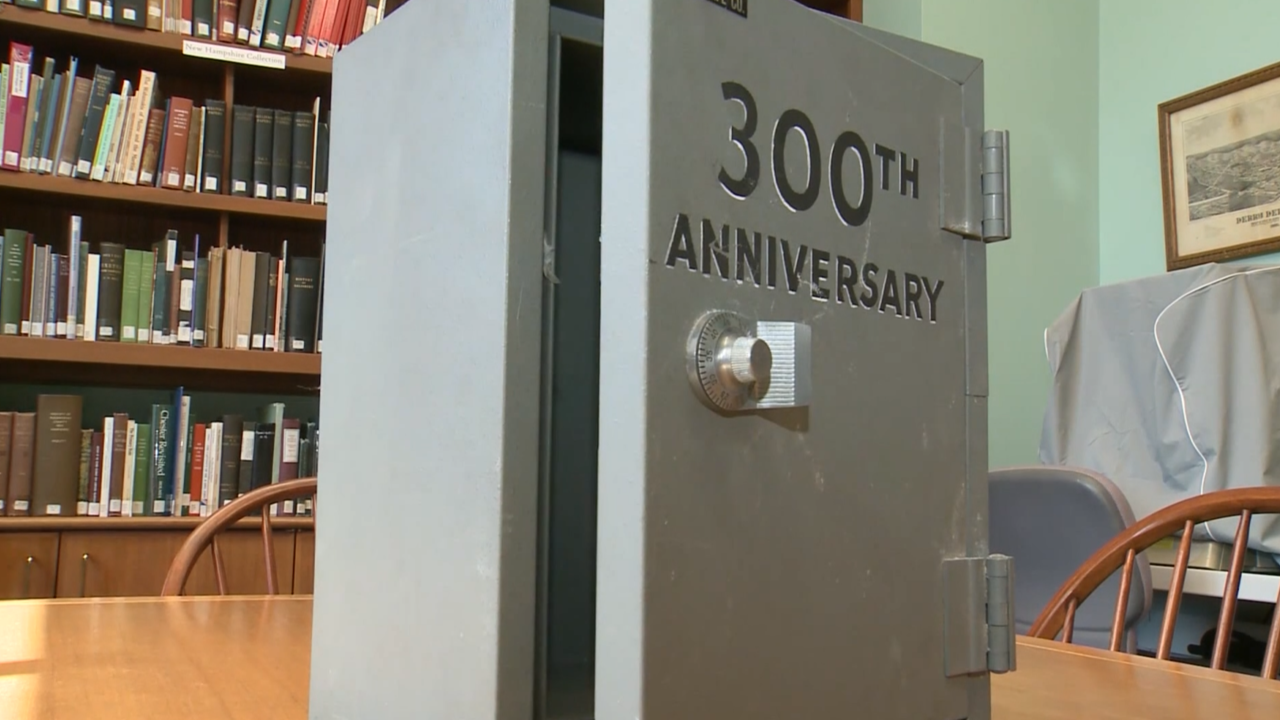 DERRY, N.H. — A New Hampshire town waited 50 years to open a time capsule, only to find the big surprise was ... nothing.

Derry's time capsule was sealed in 1969, and for as long as Cara Potter has served as director of the Derry Public Library, the capsule has sat on the same shelf.

"Nobody touched it until last spring," Potter told WMUR.

The time capsule was sealed during the 250th anniversary of the once-Nutfield region of New Hampshire, which eventually became the towns of Derry, Londonberry, Windham and Manchester's Derryfield neighborhood, according to the Nutfield History website.

Every year, the towns celebrate the arrival of the first settlers in Nutfield and this year is the big 300th anniversary celebration. Derry's celebration plans included opening the time capsule, which Potter did with the help of town staff.

"I was considering running a library program around opening it and so I wanted to open it to make sure we could actually physically do that," she said.

The combination for the safe was conveniently jotted down on a piece of paper taped to the back of the capsule.

"It took us several tries to get it open because we had the combination and it's an older safe," she said. "So by the time we actually got it open, there were a number of staff people standing around watching. "

What they saw stunned the small crowd.

"We were a little horrified to find that there was nothing in it," Potter said.

Derry historians and town officials were notified, but it turns out no one actually has a list of what was originally put inside the capsule.

The capsule was supposed to be displayed at the Londonderry Old Home Days celebration this past weekend.

Officials say they have no idea who could have opened it and taken the items inside.

"It could have happened at any point," Potter said. "They even speculated that nothing actually got put in there in the first place. We just don't know."

There may have even been some priceless moon landing artifacts in the capsule. Alan Shepard, the first American in space and one of the astronauts who went to the moon for the Apollo 14 mission, is a Derry native.

"Because it was 50 years ago, we were speculating that there could have been some Alan Shepard items in there because that was around 50 years ago," Potter said. "It was just the 50th anniversary of the moon landing, so we just won't know what happened to them."