A measles outbreak where you live? Study ranks US places at highest risk 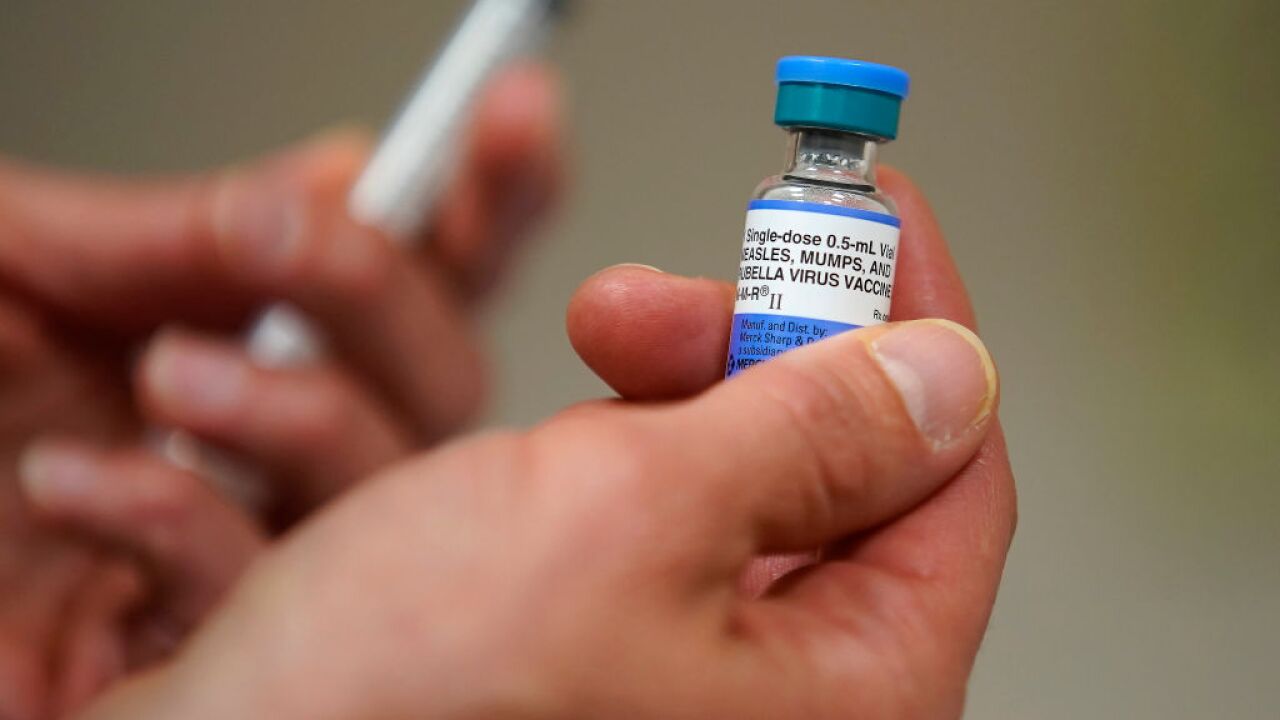 A new study ranks the US counties at highest risk of a measles outbreak, with the areas surrounding Chicago, Los Angeles and Miami topping the list.

The authors say places like these should be kept under close surveillance because they "could serve as the fulcrum of continuous importation of the measles virus into the USA." Their paper was published Thursday in the journal The Lancet Infectious Diseases .

"What we're trying to do is identify what are the areas that are most likely to be affected by this [anti-vaccination] movement that's happening," said study co-author Lauren Gardner, an associate professor in the Department of Civil Engineering at Johns Hopkins University.

In order to rank the counties at greatest risk, the authors didn't even have to consider the locations of actual measles cases in the United States. Instead, they looked at factors including nonmedical vaccine exemptions, international air travel and the incidence of measles in countries people are traveling from.

"These outbreaks can only happen if someone brings measles into the country and there's a low vaccination rate in a population," Gardner explained.

"The places where measles outbreaks are happening this year were the ones that we ranked really highly in our risk model," which had largely been completed by February, she added.

According to the paper, of at least 45 counties reporting measles cases this year, 30 were among or adjacent to the researchers' top 25, including outbreaks in states like New York, Washington and Oregon.

This year, the United States has seen the highest number of confirmed cases since measles was declared eliminated in the country in 2000: now more than 760 cases, according to the US Centers for Disease Control and Prevention.

The new paper isn't the first that has tried to predict outbreak risks in the United States, but previous efforts did not include international travel, Gardner said.

"What's going to happen as we move into the summer months, with all that back-and-forth travel between Europe and the US ... there's opportunities to introduce a lot more measles into this country," said Dr. Peter Hotez, dean of the National School of Tropical Medicine at the Baylor College of Medicine.

"Europe is a disaster right now, even worse than North America, in terms of measles," added Hotez, who is also co-director of the Texas Children's Hospital Center for Vaccine Development.

This week, the World Health Organization announced that there had been more than 34,000 cases in its European region during the first two months of 2019. That's triple what it reported during the same time last year.

Last year, Hotez published an analysis in the journal PLOS Medicine , analyzing a subset of states that allow nonmedical exemptions for philosophical or personal beliefs, as opposed to religious ones. Nearly half of the top 15 hot spots identified in his paper have been stricken with measles this year, Hotez said.

"That's an all-star batting average in Major League Baseball," said Hotez, who was not involved in the new paper but whose previous study was one of its data sources.

The latest paper -- "version 2.0," he called it -- looks at the entire country and picks up hot spots that his analysis missed.

"The one we missed totally was the New York epidemic," Hotez said. "It wasn't even on our radar because it's not a state that has personal belief exemptions. And there, what seems to have happened is the anti-vaccine lobby ... identified the Orthodox Jewish community as a vulnerable group to target. And they flooded them with phony pamphlets and misinformation.

"That's something we could never have predicted."

In the new model, Queens -- which is adjacent to Brooklyn, one of the focal points of the ongoing New York measles outbreak -- is ranked fourth.

A total of 47 states allow nonmedical vaccine exemptions: all but West Virginia, Mississippi and California. Some allow only religious exemptions, while others allow exemptions based on personal or philosophical beliefs.

Hotez said that these maps can help target public health vaccination efforts where they're needed most. But he said the maps shouldn't just be coming from academics like himself; he believes they should be generated every year by public health agencies like the CDC.

Hotez, who was criticized this week by a Texas lawmaker who called his vaccine work "sorcery," said that "the anti-vaccine movement has become mainstream. It is now fully integrated into public life of this country.

"It's the consequence of allowing the anti-vaccine movement to run unopposed for so many years."